Pledge immediate road repairs so that lives may be saved 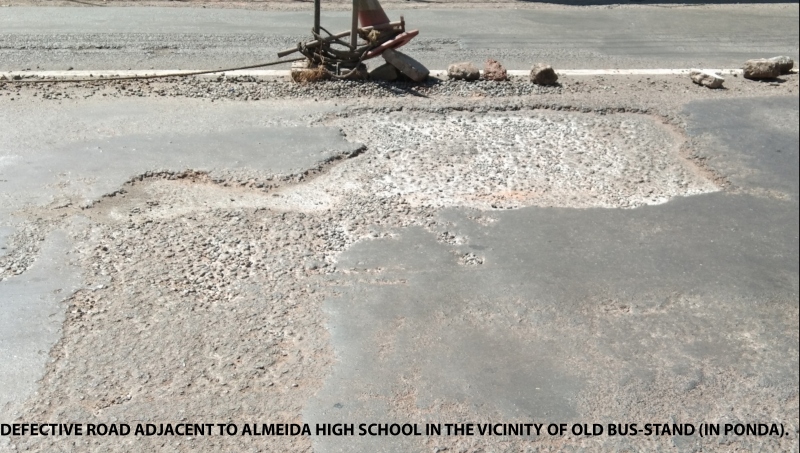 ﻿In recent years, attending to road repairs has remained almost a neglected task. Not only during the tenure of Sudin Dhavalikar as the PWD Minister but even the acting PWD Minister Deepar Pauskar failed in assuring better roads for vehicle riders. In fact it was necessary for the CM  Pramod Sawant to initiate appropriate action against above two PWD Ministers for falling short in performing their basic duties. The condition of Goan roads has been deteriorating day-by-day thereby raising the number of accidents resulting in severe injuries and at times even death. It is only recently that Union Minister Shripad Naik has directed the Public Works Department (PWD) to act quickly on improving the condition of roads. It would be appropriate for politicians in their respective jurisdictions to have a ride (especially on a two-wheeler), along the potholed roads. This will indeed acquaint them with the practical difficulties that public at large face during their journey along the concerned routes. Let us hope that at least now top priority would be levied for prompt repairs of the potholed roads in the state before the situation further deteriorates. Immediate repairs of defective roads will go a long way in reducing the number of accidents on Goan roads.

Letters to the Editor

An affordable immunity booster against Covid-19

Covid: Focus should be on breaking transmission