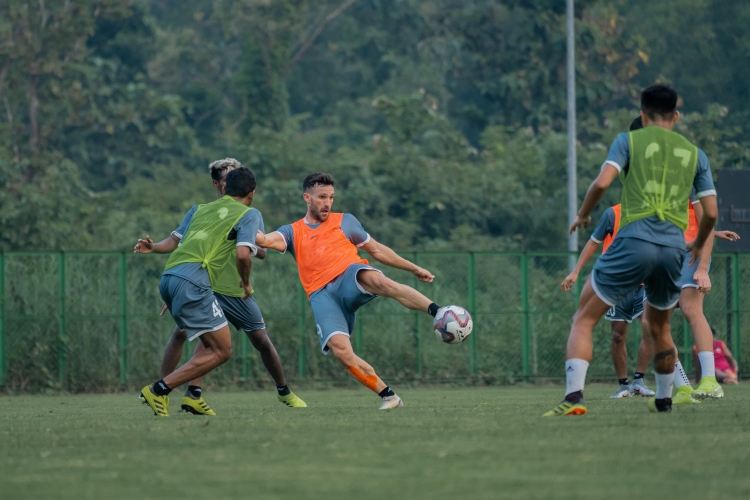 FC Goa players train ahead of their ISL match against Bengaluru FC.

MARGAO
Juan Ferrando's new-look FC Goa will face their first test when they take on arch-rivals Bengaluru FC in their campaign opener of Indian Super League at Nehru Stadium, Fatorda on Sunday.

The Gaurs have never won the coveted ISL trophy and would be hoping that this time around they go one step forward than 2018 and 2015 seasons when they emerged as runners-up. But it won't be an easy task for coach Ferrando, who wants the club to continue playing an attacking brand of football, which they also played under their previous coach Sergio Lobera.

“We would continue to play attacking brand of football, playing the game on the front foot. That is the philosophy of the club and that is what really attracted me to the job. It is aligned with the kind of football I believe in,” Ferrando said.

FC Goa face a Bengaluru side, who have not only retained their core from last season but also further strengthened their squad. Bolstering a foreign contingent that includes the likes of Dimas Delgado and Erik Paartalu are Norwegian striker Kristian Opseth and Brazilian winger Cleiton Silva.

The statistics favour Carles Cuadrat's side. Since the Blues' entry into the ISL, the Gaurs have won only once against them in seven meetings. Ferrando, though, is not dwelling on the past. "I know the history of Bengaluru FC against FC Goa," Ferrando said. "I know what happened in the last games. But this is a new team, a new chapter, a new moment of the season."

Cuadrat, who is yet to taste defeat against FC Goa as head coach, will be aiming to keep his record intact, with his side unbeaten in their last six games against the hosts, And he knows his side is in for a tough fight. "I don't know Juan Ferrando personally but I know all the Spanish coaches have a good formation and are very studious about opponents, tactics and strategy," the 52-year-old said. "I'm sure they will be working really hard to have a plan against us, so I'm expecting a very tactical game."

FC Goa, who won the League Winners Shield last season to become the first side from India to qualify for the group stage of the AFC Champions League, have parted ways with the likes of star forwards Ferran Corominas and Hugo Boumous who have established themselves as feared goal scorers in the ISL over the years.

They have added a few quality players, both domestic and foreign, and their familiarity with the home conditions will come handy in their bid to at least reach the play-offs stage.

FC Goa would bank on their Spanish lethal striker Igor Angulo proves his mettle right from the beginning. The coach has options in other forwards like Aaren D'Silva, Devendra Murgaonkar, Ishan Pandita and Makan Chothe, to choose from, to support Angulo.

But Goa has an array of strong midfielders, the prominent among being skipper Edu Bedia, who can decide the fate of the game. Also, the likes of India international Brandon Fernandes, Lenny Rodrigues, Albert Noguera, and Jorge Ortiz, will have to play their role as feeders.

The departure of utility midfielders like Ahmed Jahouh and  Boumous, would put more pressure on Noguera, who will have to establish himself as a link between Bedia and Angulo. Then there are defenders Ivan Gonzalez and James Donachie apart from other local defenders to man the line and thwart the opposition attack.

On the other hand, Bengaluru, who have won the ISL once, would also be hoping for a winning start and contribution of star striker Sunil Chhetri would be the key.

The Bengaluru team boasts of a well-rounded unit and will be a tough opponent first up. The prolific Chhetri can turn a game on its head single-handedly and with a strong support cast, BFC will be hard to beat.

Another important cog in BFC's wheel is experienced custodian Gurpreet Singh Sandhu, who kept the record of 11 clean sheets last season. His role would be equally as important as that of Chhetri.

With Bengaluru conceding just 16 goals last season — the least by any team — and FC Goa scoring more than anyone, fans are in for an entertaining contest between the two heavyweights.﻿ 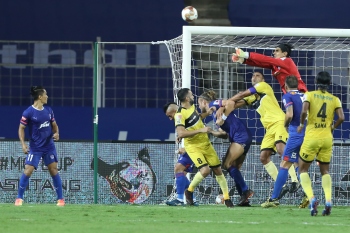 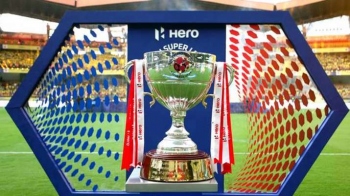 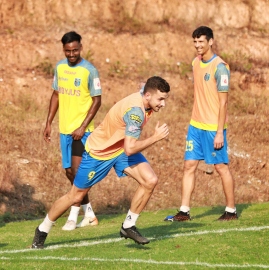 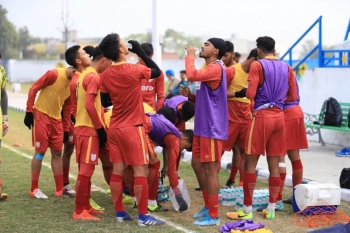 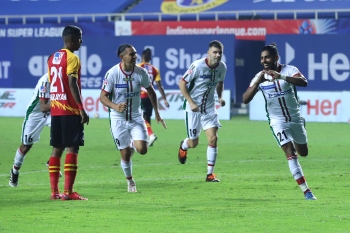