The terrorist attacks in France has elements of Mumbai 2008

France will never be the same again. The scope of the attack, the selection of targets and the ruthless fashion in which the eight terrorists went about the job of killing innocent people will change the country in many ways. These attacks, which felled around 120 people -- at a rock concert, open street cafe and football stadium, has exposed the French to the dangers of terrorism like never before. It is perhaps the worst terrorist massacre in Europe since the Madrid train blasts in 2004 which killed 191 people. The last time France experienced mass casualties of this level was during World War II. It is remarkable that spectators at the football match, after they learned of the attacks on their nation, walked out singing the national anthem. It was a show of strength at a moment of pain and suffering. It was an act of defiance in the face of death. It was a reassurance that the nation would not be cowed down by terrorists or their agenda.

France is in a state of emergency and President Francois Hollande has said that this assault was an act of war. The Islamic State (IS) has claimed responsibility for the multiple attacks which bear a stark resemblance to the Mumbai massacre in 2008 when 10 terrorists launched multiple attacks in the city. The IS is a potent force and the crash of a Russian airliner over Sinai points to the frightening reality that the terrorist force has extended its reach and is attempting to take the existential war it is fighting in Syria and Iraq to Europe and the Americas. This attack proves that the group, which registered phenomenal military successes in Iraq and Syria, is turning into a force more dangerous and potent than the al-Qaeda.

Until the attackers are identified, and this could be a problem as seven of them used their explosive-laden vests to kill themselves, it will be difficult for investigating agencies to ascertain if they entered France from abroad or if the operation was hatched in the country with outside support. Hopefully, CCTV camera footage and witnesses will help identify the men who carried out this ruthless attack and help investigators to get to the bottom of it.

The larger nightmare for France or any other nation, is protecting its population. The soft targets selected by the terrorists like restaurants, cafes and a theatre are the most difficult to protect as they are too many in number and widespread in location. No country, despite its resources, can provide protection to such a wide range of targets. The only hope lies in improving the intelligence gathering system and busting sleeper cells and apprehending militants before they launch an attack.

The last deadly attack in France happened in January when three gunmen stormed the offices of Charlie Hebdo, the outrageously irreverent magazine, and massacred 18 staffers. Then France rallied around its writers and to protect free speech. This attack is of a different kind and though the French will unite once again, the ramifications are larger, and the response will require fundamental changes. 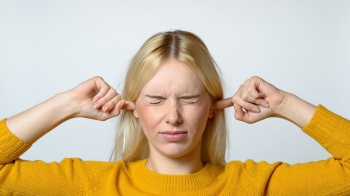