(Compiled by Ashley do Rosario with inputs from Manuel Vaz)

﻿Will the Staff Selection Commission ensure that government jobs are not sold or given under political influence? This is the question that must be on the mind of many a deserving, educated unemployed youth who are yet to land a government job either because they did not have the money to buy it or lacked the political godfathers to facilitate it, after Chief Minister Pramod Sawant made the statement at the mega ‘Job Fair’. But will anything change now, when the current BJP government consists of former Congress MLAs who have openly stated that they joined the BJP for development and government jobs.  Certainly its going to be a tall order for Sawant who, despite having a clear majority, has to deal with a lot of pulls and strings from within his own ruling party. Will he be able to override the demand from his own Ministers, MLAs and party office-bearers to get jobs for candidates of their choice? Time will tell whether Sawant’s latest posturing will actually turn into action or will it be a case of ‘better said than done’ given that a similar proposal had been mooted in the run-up to the 2017 elections but had failed to materialise. ﻿ 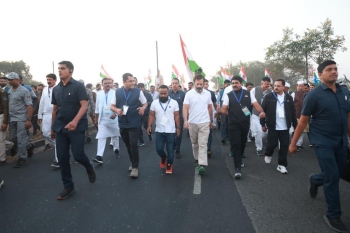