MARGAO
From a congested environment in the over 150-year old building, Hospicio doctors and health care workers and the patients breathed easy after the male and medicine wards were shifted to the South Goa district hospital on Wednesday.

KTC buses were deployed to shift the patients from the male and female medicine wards to the South Goa district hospital. By evening, the process was still underway. Hospicio Medical Superintendent Dr Deepa Correia said the process to shift Hospicio operations to the imposing district hospital building started from Wednesday, with the shifting of the male and female medicine wards. 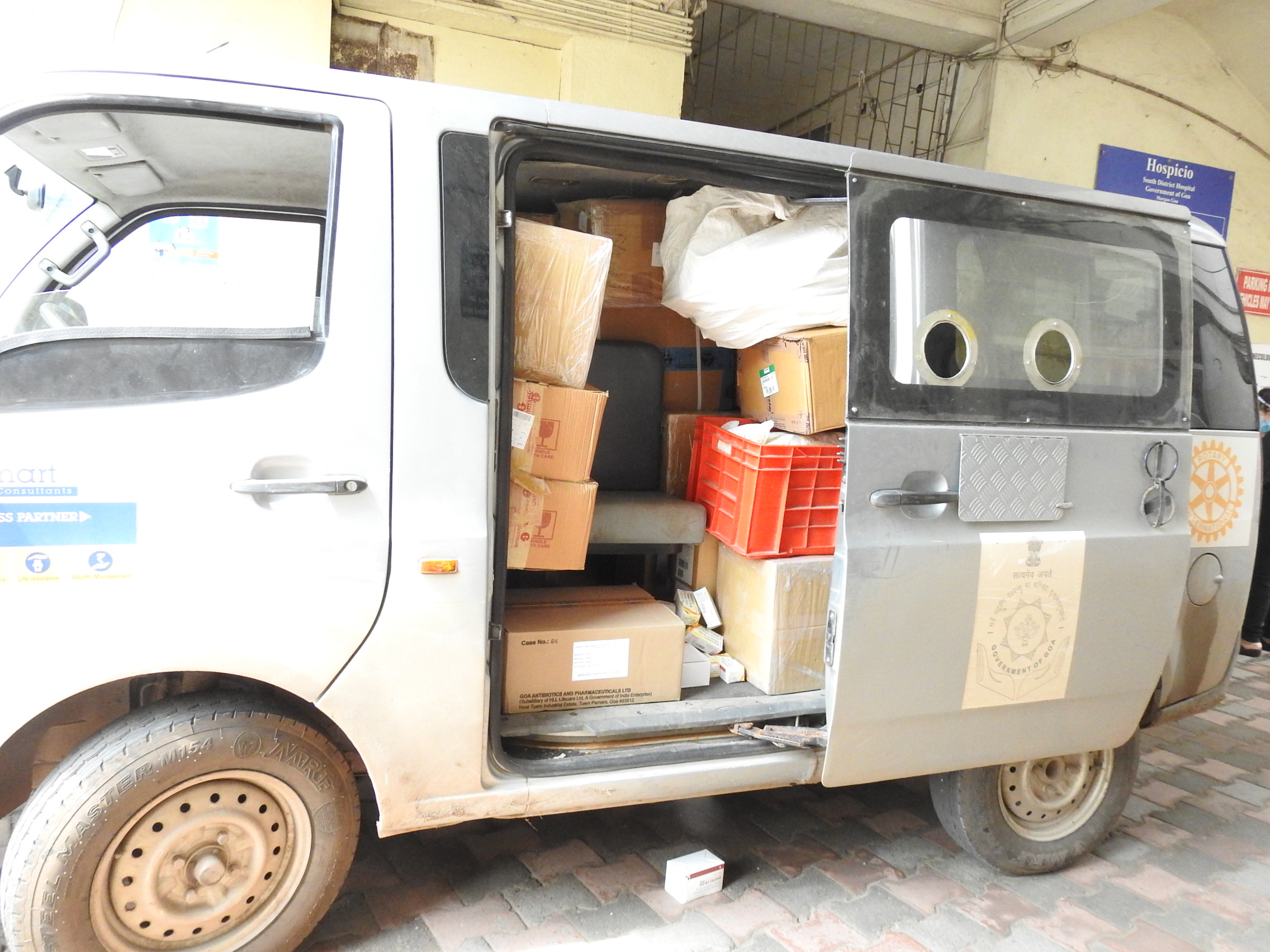 Medical items being transported from Hospicio to the district hospital.
Santosh Mirajkar

Dr Ira said that Hospicio officials are bracing up to shift the Out-Patient Department (OPDs), saying the process to shift the OPDs will be taken up in phases. “Hospicio has prepared an action plan to shift the hospital operations to the district hospital, but in phases. The government has granted the nod for the shifting of operations. The departments will be shifted in phases”, the Health Director informed.

Hospicio Medical superintendent, Dr Deepa said it will take time for things to settle down. “We got the male and female medicine shifted today. The shifting was underway in the evening. It will take some time to shift the entire Hospicio operations to the new hospital”, she said.

The male and female medicine wards and the pediatric and maternity wards will be housed on the first two floors of the district hospital. In fact, the authorities had prepared a full-fledged pediatric ward, equipped with all facilities at the South Goa district hospital to take care of the third wave.

Doctors and patients alike have been waiting for the day when the male and female wards from Hospicio are shifted to the spacious district hospital building at the earliest. For, patients had to literally undergo an ordeal of being accommodated on the floors for want of beds and space crunch in the 150-year old Hospicio building. Remarked a senior Hospicio doctor: “We were helpless when we were left with no option than to accommodate patients on cots. While doctors and the healthcare workers did their best to reach out to the patients against all odds, we were helpless in making the space available for the patients”.

Work on the South Goa district hospital had started around a decade ago but expedited and given final touches only after Covid raised its ugly head over a year ago. Twice in the last one year, the Hospicio OPDs and male and female medicine wards were shifted to the district hospital, only to be brought back to the old building to make way for Covid operations.

Any issues with health care, I will
raise it with the Centre: Governor 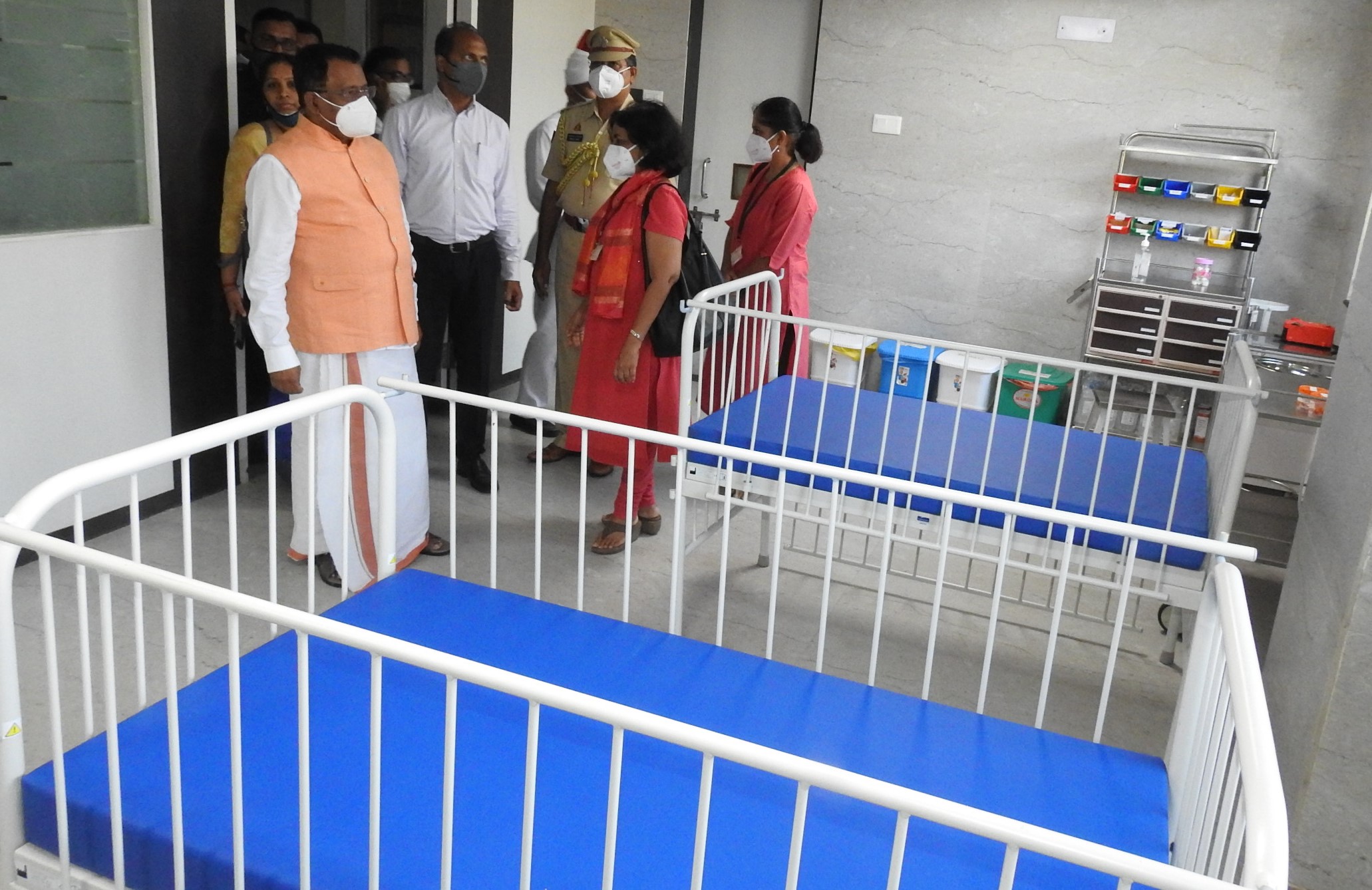 MARGAO: Governor PS Sreedharan Pillai on Wednesday offered all help and assistance to the Hospicio hospital officials in tiding over any issue, promising to take up with the authorities, including the central government to ensure that the common man gets the best of health care.

As the Governor went round the South district Hospital with Health Director Dr Ira Almeida, Hospicio medical superintendent Dr Deepa Correia, Additional Collector Sanjit Rodrigues in tow, he inquired with the healthcare workers if the new district hospital has any facility for cancer patients.

The Health Director replied that cancer patients are taken care at the Goa Medical College and Hospital, even as Dr Deepa Corriea said plans are afoot to provide care to the cancer patients at the district hospital.

Impressed over the facilities available at the district hospital, the Governor wished the health care workers the best in providing services to the people. “If there is any problem related to the health care, I will not hesitate to take up the matter with the Centre. if you encounter any difficulty in making available the medical services, I am ready to put them before the authorities”, he said.

Expressing satisfaction that the PSA oxygen generating fund under PM CARES has become a reality at the district hospital, the Governor said Prime Minister Narendra Modi is very much interested in the people of Goa. “Whenever I meet the Prime Minister, he takes care to see to find out the well-being of the people of Goa. If you want any help and assistance, I will present the same before the authorities”, he assured.