﻿PANAJI
The Goa government on Wednesday filed an application before the Bombay High Court seeking more time to conduct the panchayat polls -- telling the court that they wish to conduct the polls in September -- a contention that was already rejected by the High Court -- this time citing the upcoming monsoon session of the Goa Assembly.

The High Court heard the matter and reserved the application for orders.

The Goa government had earlier claimed it would be holding the panchayat polls in September -- saying the ongoing monsoon season made it difficult for the State to conduct polls -- a contention that was rejected by the High Court.

The State now approached the High Court with a different reasoning -- that the upcoming monsoon session which will begin on July 11 and end on August 12 would make it difficult to hold the panchayat polls.

Arguing before the Court, Advocate General Devidas Pangam said that in view of the upcoming assembly session holding the polls while the session is on would be problematic especially in view of the code of conduct that accompanies the elections.

He said that as per the present situation the Goa government has time until August 12 to hold the polls (since the court gave 45 days to complete the process), but that they were asking for another month “provided the SEC doesn’t issue the code of conduct” so that the session can go ahead.” 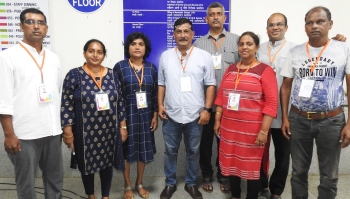