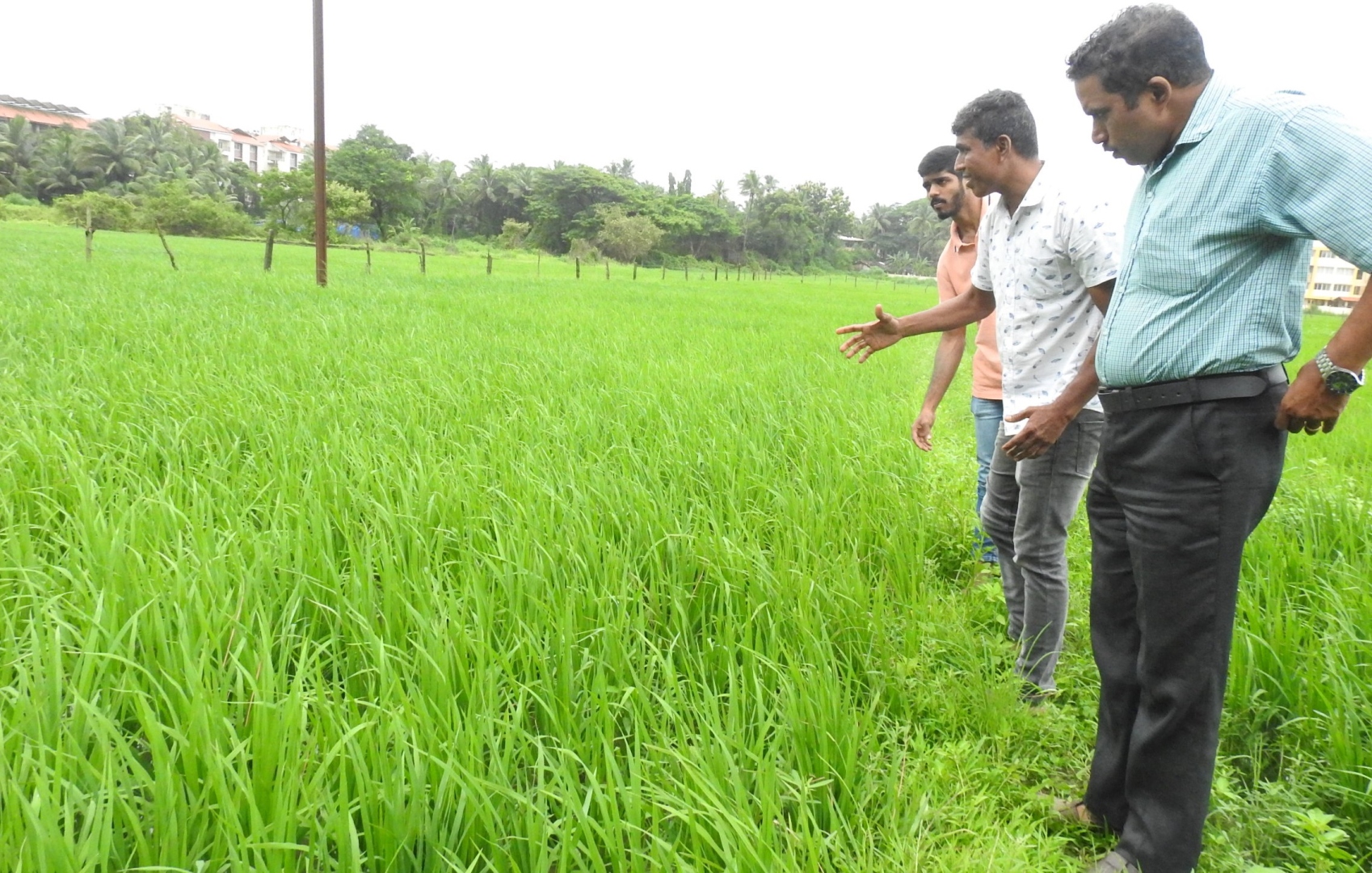 Thanks to the local farming community, these lush green paddy fields, right opposite the Margao railway station, would otherwise have been by now reduced to a concrete jungle.

For, farmers hailing from Aquem-Baixo village not only maintained the rich tradition of agriculture on the land of their ancestors, but have ensured that the green fields acted as lungs of the city, which has been losing its green cover over the years.

They have not only stood their ground in forcing the government to abandon a transportation centre on the land acquired by the Goa State Urban Development Agency (GSUDA) around a decade-and-half-ago, but foiled all attempts to rehabilitate displaced people on the acquired and use the fields for garbage dumping.

When Margao Zonal Agriculture Officer Sheriff Furtado descended at the fields upon an invitation by the farmers, he was welcomed by a lush green carpet of paddy fields in the very land acquired to set up developmental projects.

After the farmers led by Claudius Dias showed the ZAO on the implementation of the System of Rice Intensification (SRI) method adopted by him in the fields, he made a fervent plea to the government to spare agriculture land for development purposes.

Claudius and the farmers know for sure that GSUDA may have some project in mind on the acquired land as evident by the fact that the agency secured the land in question with barbed wire fencing. They have, however not lost hope that the government would leave the fields to the farmers for paddy cultivation.

Says Claudius: “My humble plea to the government not to use the paddy fields for development purpose. Let these green patch be retained forever for vegetable and paddy cultivation and help turn the imbalance facing the state in respect of these food items”.

He added: “When the Agriculture department puts in so much effort to revive agriculture and maintain the balance of food supply, please protect our fields and allow us to use the fields only for the purpose of agriculture”.

He said the SRI technique has not only helped reduce the labour cost, but has benefited the farmers in terms of high yield. “We have adopted the SRI technique as part of community farming on the fields admeasuring 10,000 square meters and the yield has been good compared to the traditional method of cultivation”, he added.

All 16-B cases to be scrapped too

Locals are lords of clams, oysters in Chicalim Bay

Five years on, detention centre for foreigners in dire straits