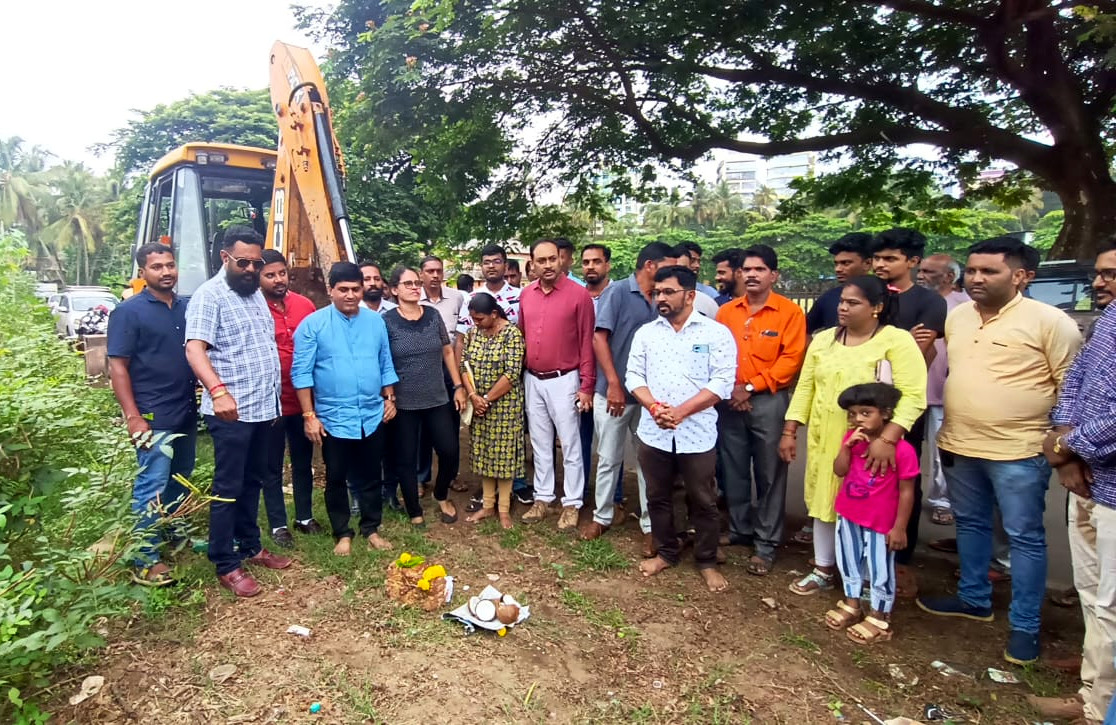 ﻿Vasco MLA Krishna (Daji) Salkar while launching the de-silting of a Nullah near Junta Quarters at Bhutebhat in the presence of Vasco BJP Mandal President Deepak Naik and other residents.

Vasco MLA Krishna (Daji) Salkar on Friday launched the works to de-silt a Nullah as part of pre-monsoon works near Junta Quarters in Bhutebhat in the presence of Vasco BJP Block President Deepak Naik and other residents.
Salkar said pre-monsoon works were taken to ensure Vasco does not flood during the monsoons.
"Pre-monsoon works have already begun in all wards and we have to concentrate more on low-lying areas. The WRD department has been very supportive in taking our request of de-silting on top priority and we will start de-weeding on Monday,” said Salkar.
"We have taken works on the new drainage and we are also working to improve roads, including the KTC bus stand internal road," said Salkar.