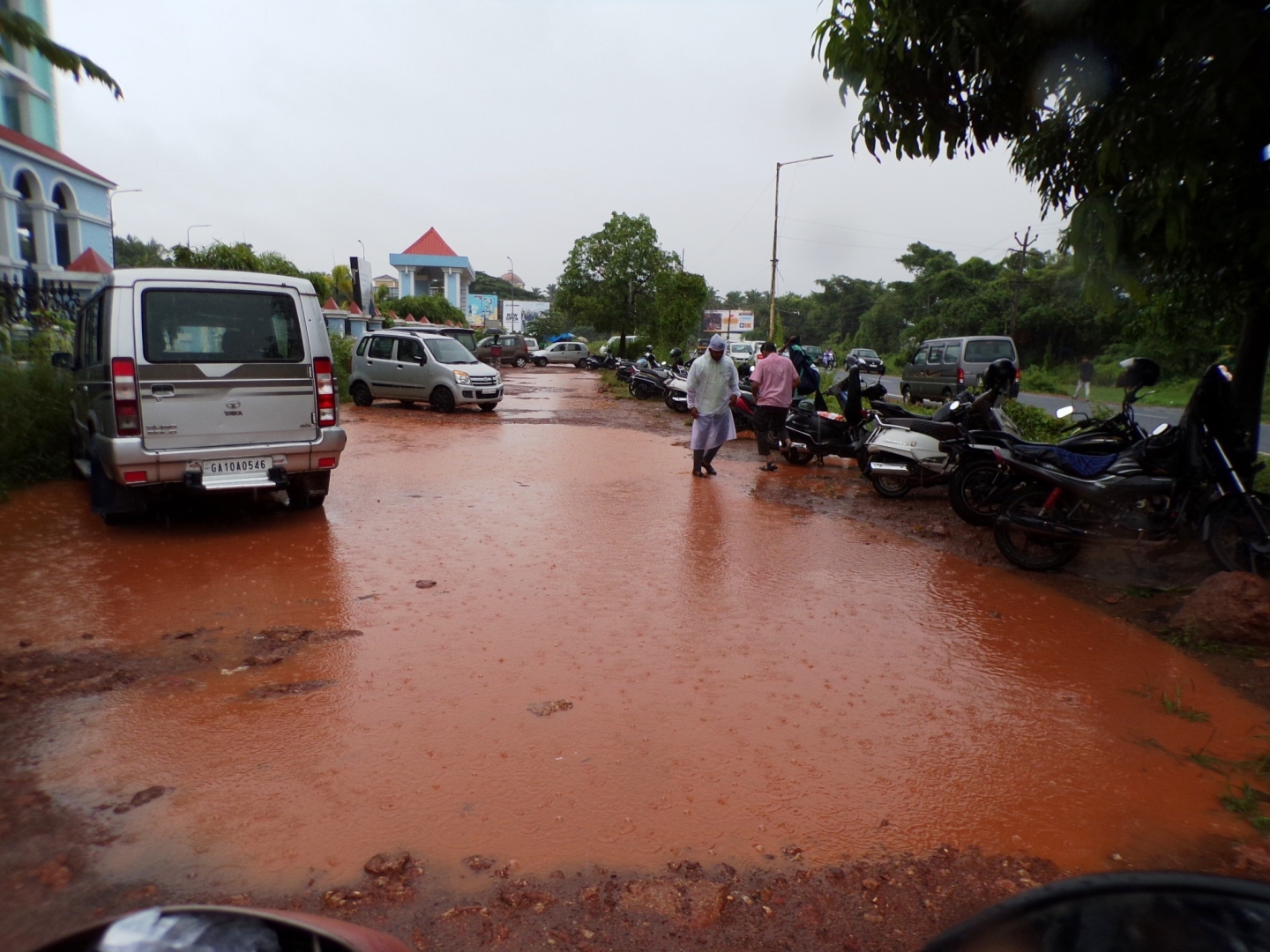 Why has the parking lot at the rear side of the South Goa District Hospital not been opened for visitors to park when the Goa State Infrastructure Development Corporation (GSIDC) has claimed that work on the parking facility is almost complete?

Visitors to the hospital raised this question as they had to walk through muck and pool of water at the strip of land outside the hospital complex utilized for parking.

Since the district hospital was commissioned around Diwali last year, parking for visitors has been a major issue staring at the hospital and police authorities. Visitors have been forced to park outside the hospital complex since the management had reserved parking at the building basement for doctors, staff and para-medics.

Wednesday saw water-logging at the strip of land outside the hospital being used for parking, again throwing up the question of why the parking lot at the rear side earmarked for visitors has not been thrown open. This question assumes significance given that the GSIDC has claimed that almost 90 per cent of the work on the parking lot stands complete and the parking lot can now be utilized.

When The Goan called up GSIDC General Manager Jude Carvalho to shed light on the status of the parking lot, he said the agency has completed almost 90 per cent of the work on the parking lot.

He pointed out that around 60 four-wheelers can be parked inside the parking lot, besides two-wheelers. The only work that remains to be completed, he said, is the gate that needs to be fixed on the rear side of the hospital complex.

He, however, said it is now for the hospital management and the traffic police to take a call on when to throw open the parking lot in the complex to the visitors and patients.

When The Goan called up DySP Traffic, Dharmesh Angle over the issue, he said that though the GSIDC might have completed the work, the issue of regulating the entry and exit of vehicles into the parking lot needs to be addressed.

“We will hold an inspection of the parking lot and find out the status of the balance work. If the approach road to the parking lot is completed and there is the regulation of entry and exit points, the parking lot can be thrown open for vehicles of visitors,” DySP Angle asserted.

As far as developing the existing parking space in front of the hospital building, Carvalho said the GSIDC has proposed to develop the area outside the hospital complex to accommodate two bus bays, parking space for rickshaws, pick-ups, four-wheelers and two-wheelers.

Absence of canteen facility inside

MARGAO: Visitors to the South Goa District Hospital have complained of the absence of a canteen facility inside the hospital premises, often leaving them high and dry.

Visitors pointed out that the absence of the canteen has affected those who come from far away places, throwing up a question - why the health department has been dragging its feet in opening up a canteen facility in the hospital.

When The Goan called up officials of the Goa State Infrastructure Development Corporation (GSIDC) to shed light on the canteen facility, a senior official said the issue falls in the domain of the health department. The official, however, hastened to add that the GSIDC has made provision on the ground floor of the hospital building for space for the canteen facility.