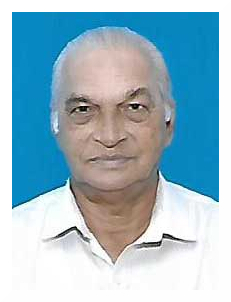 The Catholic Church celebrates the feast of Our Lady of the Rosary on October 7. The Rosary is one of the most cherished prayers among Goan Catholics and across the Catholic Church and it is both an individual prayer and a family prayer. While praying the rosary, the person contemplates on the saving mysteries of Our Lord's life and Mary. Pope Pius XII called it ‘a compendium (synopsis) of the gospel.’

The word ‘Rosary’ comes from the Latin ‘rosarius’, which means ‘garland’ or ‘bouquet of flowers.’ The English word ‘bead’ is an Old English noun ‘bede’ that originally meant ‘a prayer.’

Earlier tradition attributed the origin of the Rosary to St Dominic de Guzman, who seems to have received it during the vision of the Mary in 1214, but there is no historical evidence to it.

The Rosary includes six of Catholicism’s most familiar prayers: the Apostles’ Creed, the Our Father, the Hail Mary, the Glory Be, the Fátima Prayer and the Hail Holy Queen, which was as a result of a lengthy evolution through the centuries.

The first use of the rosary was among the monks in monasteries, who by the 9th century would recite all the 150 psalms, earlier everyday and later every week, as part of their prayers.

To keep tract of the count of the psalms, they used pebbles. Much later, the monks and the laity prayed the 50 or 150 Our Fathers instead of the psalms.

To keep the count of the Our Fathers, they often used strings with knots, which later gave way to small pieces of wood and eventually to the use of beads. A ‘Glory Be’ would usually be said at the end of the prayers.

In the 12th century, St Peter Damian, Italian Cardinal and theologian suggested replacing 150 Paternoster with Hail Marys. The Hail Mary then consisted of angel Gabriel’s salutation to Mary and the exchange between Mary and Elizabeth during the visitation.

The name of ‘Jesus’ was added to ‘blessed is the fruit of thy womb’ sometime later. In 1365, Henry of Kalkar, a Carthusian monk, is said to have divided the 150 Hail Marys into 15 groups of 10 beads each, placing the Our Father between each group or decade; hence the prayer was thus made up of 10 Hail Marys, repeated 15 times, with an Our Father in between each set.

In the mid 15th century, another Carthusian monk, Dominic of Prussia introduced a similar devotion that included 50 Hail Marys with 50 individual thoughts or phrases about Jesus and Mary. A different thought or phrase would accompany each Hail Mary.

Around 1480, an anonymous Dominican priest retained the pattern of the decades that Henry of Kalkar suggested, but focused them on 15 episodes in the life and work of Mary and Jesus. By now, there were 15 groups of 10 beads, 15 decades. Each decade, instead of each bead, was accompanied by a meditation on the life of Christ and Mary.

By the first part of the 15th century, the Hail Mary consisted of the salutation of the angel at the annunciation and the exchange between Mary and Elizabeth during the visitation.

The final part is the prayer of petition, which can be traced back to the Council of Ephesus in 431, when the Church leaders officially defined Mary as ‘Theotokos’ (God-bearer, the Mother of God). This petition, including the words now and at the hour of our death became part of the prayer. Pope St Pius V in 1569 issued the papal bull ‘Consueverunt Romani Pontifices’, encouraging the universal use of the Rosary.

Since then only, the ‘Fátima Prayer’ (O My Jesus, save us from the fires of hell, lead all souls into heaven, especially those in need of your mercy), given to the Portuguese children during the Fatima apparition in 1908, has been added to the Rosary.

In 2002, Pope St John Paul II in an Apostolic letter on the Rosary, ‘Rosasrium Virginis Mariae’, added the Luminous Mysteries, as an option to existing 3 mysteries. The intent was to include meditations on Jesus’ life between the Incarnation and the Passion.

The feast of Our Lady of the Rosary was established in the Catholic Church by St Pius V in 1573, to thank God for the victory of Christians over the Turks at Lepanto, which was attributed to praying of the Rosary. Pope Clement XI extended the feast to the universal Church in 1716. 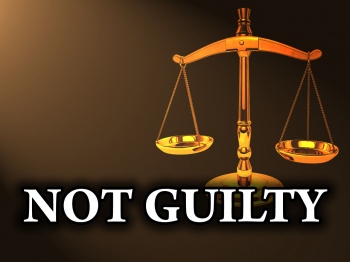