Will Congress Goa desk in-charge Dinesh Gundu Rao finally have an audience with Congress President Madam Sonia Gandhi in the coming week, is a question doing the rounds in Saxtti countryside. Those seeking a change in GPCC leadership, both within the Congress and outside, seemed anxiously waiting for the Rao-Sonia meeting, hoping the Goa desk in-charge brief the Congress chief on the Goa situation. The appointment is still not confirmed, but local Congressmen keep their fingers crossed whether the much anticipated meeting will resolve the leadership tangle. Wait and watch.

Goa Forward Chief Vijaibab Sardesai was spotted on the Dovondem bandh, walking around the Goembar Ghor, during the weekend. He seemed to be walking with a purpose, as evident by his brisk walk, apparently in a bid to improve his fitness ahead of the 2022 Assembly battle. He must have certainly remembered the day when the Congress turncoats paved the way for his ouster from the BJP government. While the 10 Congress MLAs had quit the party on July 10, the unceremonious exit of the Goa Forward ministers came two days later. Vijaibab seems to have neither forgotten nor forgiven the BJP till date. Wait and watch.

Every time South Goa MP Francisco Sardinha addresses the media, he can’t stop posing a question or two for Varca strongman Bab Churchill. Days after he sought to know from the NCP lone MLA what exactly he understands by secular or communal parties, a witty Sardinhbab was trying to figure out why Churchillbab has still not withdrawn support to the BJP government.  At a time when Goa is burning with a host of issues plaguing the people, Sardinhhab wonders whether Churchillbab is yet to come across any issue, warranting him to withdraw support to the saffron brigade. Indeed time for introspection.

Bureaucrat-turned-politician Elvisbab’s meeting with Congress Goa desk in-charge Dinesh Gundu Rao has become a talking point in Cuncolim. The father-son duo of Joaquim and Yuri and their supporters seemed to be trying to figure out who’s the Congress leader behind the move to get Elvisbab into the party when the Congress had last year accorded them entry into the party a year ago. Is a Congress veteran behind the move to bring in Elvisbab to checkmate Alemao’s claim for the ticket when the Digambar-Girish duo had welcomed the father-son duo in the party. Sounds interesting, isn’t it?

Reports of former MLA Benjaminbab’s imminent entry into the Congress have left the Velim Congress in an introspection mode. Reason: Congress district Congress Chief Joebab Dias and Velim Sarpanch Saviobab D’Silva were both perceived as aspirants for the party ticket. With the party leadership clearing decks for Benjaminbab’s entry into the Congress, observers are trying to figure out whether the former Independent MLA will also join the race for the ticket to the 2022 polls. Wait and watch as Congress leaders in private say his entry is unconditional. 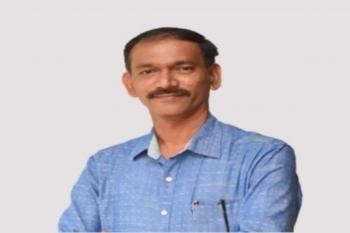