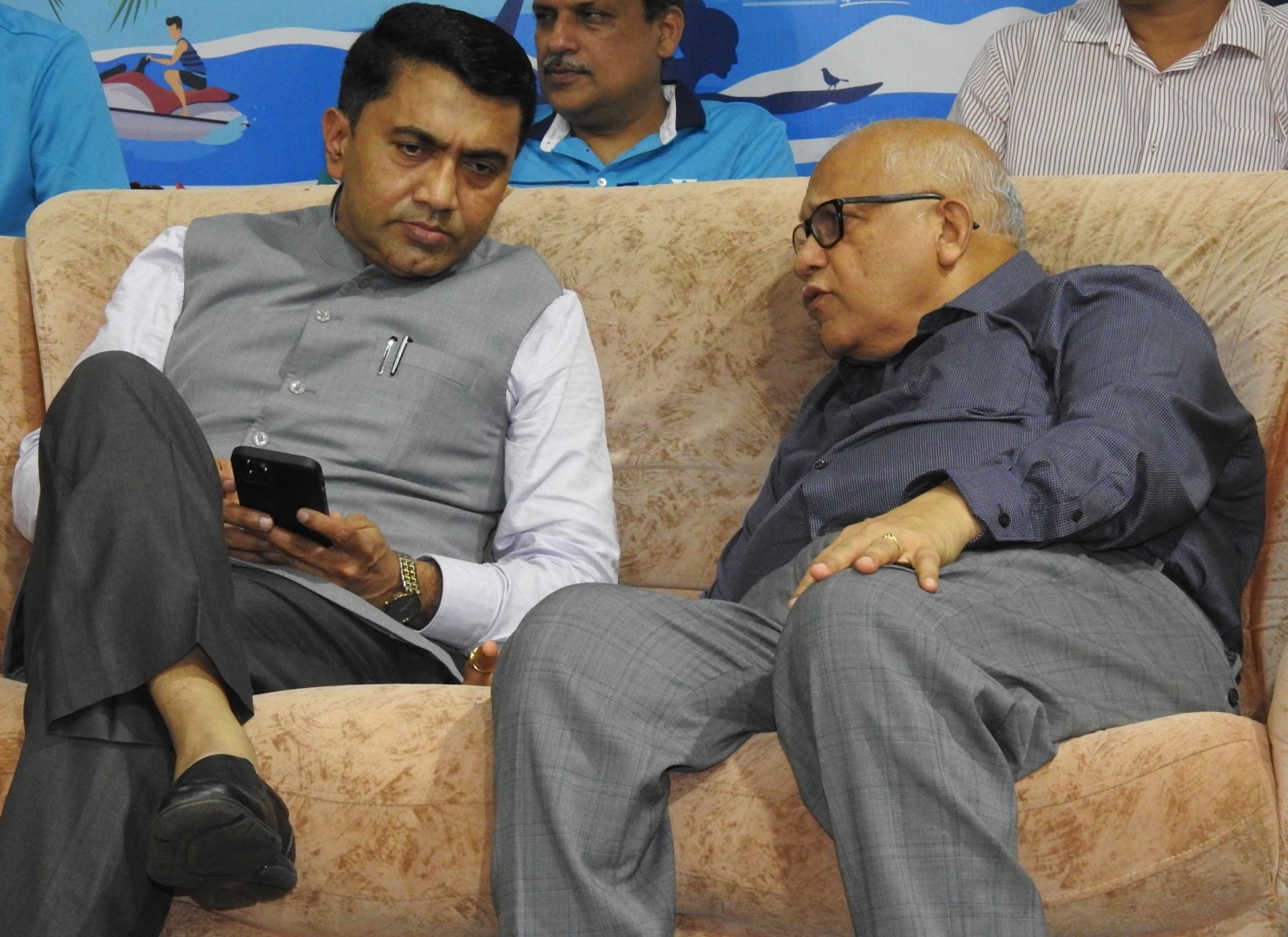 ﻿They played badminton together for a brief moment, but both CM Pramodbab Sawant and Diggu were the cynosure of all eyes at the Navelim indoor stadium. Diggu went out of the way to deny that he discussed politics with the CM when they inaugurated the U-15 National Badminton Championship. People gathered around spotted Diggu making a point and the CM lending his ears to the Margao MLA. No politics was discussed, Diggu asserted, but many were trying to figure whether there’s something more than meets the eye. Wait and watch.

Altone’s firm ‘No’ & oath before Almighty

Hazard a guess what prompted Quepem MLA Altonbab D’Costa to swear by the Almighty on Sunday that he would not quit the Congress party. Well, Altonbab’s statement came at a time when the rebel group needed just one MLA to form the two-third group to join the saffron brigade. That Altonbab went to the town comes when he was being blamed for the failed coup. That Altonbab invoked God is a clear message he does not want to leave the Congress and is seen as an attempt to remind the remaining Congress MLAs that they cannot go against the oath before the Almighty. Any takers?

When Luizinho raised issue of formalin

When TMC Rajya Sabha MP Luizinhbab Faleiro raised the contentious issue of formalin in Parliament a week ago, many an eyebrow was raised in local political circles. For, the issue echoed at the national level at a time when attempts were made by a group of Congress MLAs to quit the party and embrace the BJP. Luizinhbab had in the past blamed the formalin mafia for trying to sabotage his election prospects in Navelim at the behest of a Congress leader. It is indeed a sheer coincidence the formalin issue echoed in Parliament when political developments were unfolding in the State.

Congress High Command apparently singled out Diggu on the premise he was leading the rebel group of Congress MLAs. Diggu’s close aides and supporters in private, however, claim that a first time MLA was a prime mover and shaker of the entire episode, giving the booster push to others to join the group. A close aide of the Margao MLA even claimed the first time MLA wanted to join the ruling party on the plea he was financially bankrupt post-election. Any takers?

Will his performance in the just concluded Assembly session help Goa Forward chief Vijaibab Sardesai to bridge the trust deficit and open a new political chapter for him and his regional party? After surviving a scare in 2022 in his fiefdom, the three-time Fatorda MLA has on more than one occasion conceded that people have shown their resentment through the ballot to the decision to align with the saffron brigade in 2017. Wait and watch how the Goa Forward chief will go about now, with the Congress lying low as he braces up to unveil the political road map.