Nuvem Veterans beat Candolim Veterans by a narrow 1-0 margin to move into the quaterfinals of the All Goa Seraulim Village Panchayat Veterans Cup football tournament organised by United Sports Club of Seraulim in memory of late Camilo Fernandes (Pele) and played at SAG ground Seraulim.

Nuvem scored the all-important goal in the 37th minute when Domnic chipped the ball smartly over the goalkeeper. Both the teams got opportunities to score but they were not clinical with their finishing. Nuvem will now meet the winner of the match between Vasco and Varca Veterans in the quaterfinals.

Former India and Dempo SC coach Armando Colaco addressed the trainees. Among the coaches who will impart training during the camp include former India captain Mauricio Afonso, former India player Climax Lawrence, Mickdom Rodrigues, Mabel Fernandes and Donaldo Rocha. Salcete FC has grown into one of the the widest football-coaching networks in the State. The cream of the crop are picked for their villages where they receive systematic nurturing.﻿﻿﻿﻿﻿

﻿Bandodkar T20 League: Dempo to clash with Karimabad in final 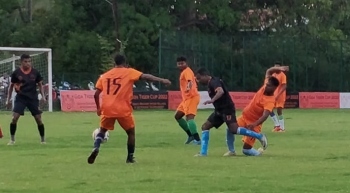 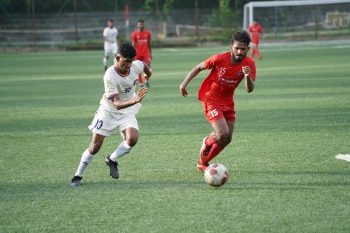 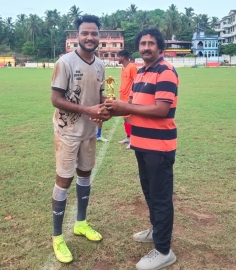 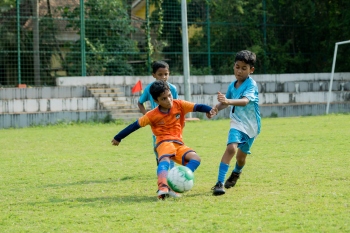