﻿“I never try to make the character larger than life. I always try to live in reality and make the character a representative of the masses,” stated actor Manoj Bajpayee at an ‘In-conversation session’ on the ‘Creating Cult Icons: India’s own James Bond with the family man’ held at IFFI.

Manoj said that life of an Indian middle class is a comedy and it is the inspiration and reference for all his characters. “I didn’t need to search for Srikant Tiwari, my character in the ‘The Family Man’ series anywhere else. I got it within me, in my family, in my surroundings and everywhere,” he said. The Family Man is a great story of a middle-class Indian guy, who is trying to find a balance between a demanding job and a demanding family.

Director of ‘The Family Man’ Raj Nidimoru, Krishna D K, famed as Raj & DK, while addressing the session said that they wanted to do a Pan-India story. “The biggest expression of freedom that we experienced when we started The Family Man series was why should we limit ourselves? To break the barrier and make the story pan-India, we reached out to the actors, crew and writers from different regions,” said the duo.

Samantha Ruth Prabhu, actress of Telugu and Tamil film industry said that Raji, her character in the web series was the most vulnerable and challenging role for her and she sought a lot of handholding and training for this. “Raji was so new, unique and exciting. It allowed me to explore a new dimension and the actor in me couldn’t refuse this challenge,” she said.

Aparna Purohit, head of India Originals, Amazon Prime told that five years back the team went around moving door-to-door to creators and asked them for stories. The session was moderated by actor Ankur Pathak. 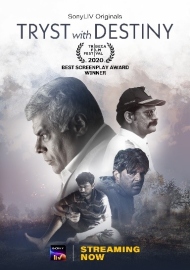