Considering the biased treatment meted out to the ZPs in the past, one is at a loss to understand what has infused so much enthusiasm for the elections

With Modi at the helm of affairs at the Centre, elections over the last six years have assumed importance of their own and the Bharatiya Janata Party has somehow developed an ardent desire to have its overwhelming presence in all elected bodies across the country.

It is probably for the first time that the Zilla Panchayat elections in the State have enthused so much of interest amongst the public and the politicians alike.

With the media extensively covering the minutest of details of the poll campaign, the public is evidently getting a ring-side view of the whole tamasha.

Considering the biased treatment met out to the Zilla Panchayats in the past, one is at a loss to understand what has infused so much of enthusiasm for the elections to the district-level top tier of the Panchayati Raj System.

Perennially cash-strapped and woefully powerless ‘popularly’ elected bodies which are supposed to represent the essence of grassroots democracy, Zilla Panchayats have quite obviously denied the people the benefit of governance.

So why are elections to Goa’s two Zilla Panchayats being touted as a ‘game-changer’ that will re-define politics in the State?

It does appear that with villages and other rural areas garnering so much of importance so as to have the local administration paying excessive attention to the needs and insufficiencies of the region, there is no denying the fact that grassroots politics will henceforth play a dominant role in shaping the future of the State.

Especially so, considering how village panchayats and municipalities in the State have virtually turned into testing-grounds for legislators from their respective constituencies to exercise their authority.

Or are the district-level panchayat bodies launching pads for future MLAs? The mad scramble for party tickets by aspirants to contest the ZP elections does suggest that.

It is no secret that about 1/6th of the strength of the current legislative assembly is made up of leaders who have had a stint in Zilla Panchayats before arriving on the big scene.

Yet, in spite of having first-hand experience of the problems that assail the district-level panchayat bodies, it remains a puzzle that there have never been any concerted efforts by the ‘ZP league’ of legislators to raise the issue of devolution of powers to the two Zilla Panchayats in Goa.

The surge of educated youngsters coming to the fore to address the woes of their villages thus comes as a refreshing trend for a State that has so far been kowtowing to the diktats of the Centre.

Irrespective of which alliance ruled it, the coastal State has always repented the lack of a system in place which could resolve matters at the local level. The practice of running to Delhi for assistance in solving local matters has been the State government’s undoing.

With a conviction that the local government system by the popularly elected bodies charged with administrative and executive duties in matters concerning the population of a particular district or place would serve the grassroots needs of the people better, the need to strengthen grassroots democracy in the State assumes all the more importance.

But, surprisingly, despite the constitutional amendments which accord constitutional status to local administration bodies across India, the lukewarm response to local governance has touched its nadir in the State.

While the municipalities have made their authoritative presence felt when it comes to matters concerning the administration of various districts, some of the village panchayats in the state have failed miserably in this respect and are at loss to justify their existence, even if it is a token one.

Moreover, considering that the local body elections serve as a means to both strengthen political parties’ organizational structures and in enabling them to stay closely connected with the voters, the decision by the state government to have the Zilla Panchayat elections in the state contested on party lines this time is indeed a welcome move.

However, the ensuing misperceptions have made a mockery of the entire process. While the Congress MLAs had initially decided unanimously that it was in the party’s interests not to fight the election on party lines, the remarkable volte-face on the matter has the Congress exploring every available avenue to have a glorious home-run for its nominees.

The ‘setback’ in Sancoale has, however, dented its image establishing in no uncertain terms that when it comes to being ‘taken by surprise’ the Congress in recent times has had no peers.

The Sancoale Congress ticket fiasco, as the faux-pas has come to be known, has brought to fore the differences in the Goa unit of the party. Asserting that whatever has happened is a crime against the party, leaders and members alike are braying for the blood of those responsible for the debacle.

Fighting on party banner, the Congress, however, has a lot at stake. With a golden opportunity to revive its electoral fortunes, the grand-old-party of the country could well treat the ZP polls as one that could either make or break it.

As a disintegrated unit being propped up by a few party veterans, the Congress in Goa will certainly rue its lack of foresight in granting a more active role for youngsters in the party’s affairs.

The sidelining of the three-time legislator from Curtorim while deciding on matters of his constituency is a vivid example of the internal strives that mar the smooth functioning of the party.

However, on second thoughts, the fears expressed by a majority of the Congress leaders over the issue of fighting the ZP elections under the party banner are not unfounded either.

According to the trends in the recent past, the Congress has provided the winning candidates a ‘favourable opportunity’ to switch loyalties and embrace the saffron party citing reasons of development for their respective constituencies.

The deluge of independents in the fray too would indicate a flow of similar thoughts on the matter.

Meanwhile, the severe criticism from the Opposition of manipulating the election process by influencing the State Election Commission and fixing the reservation of constituencies to suit itself notwithstanding, the ruling BJP appears to have ‘morally’ surged ahead of others in the contest.

The ‘elected unopposed’ verdict for its candidate in Sancoale ZP constituency has already given the saffron-brigade a winning edge.

And the buoyant AAP? One wouldn’t be surprised if it springs a surprise or two on its own in these elections. Truly the 2020 ZP polls promise to be the harbinger of a new drift in the ‘ever-evolving’ political scenario in the

Why the road to vaccine roll-out is always bumpy 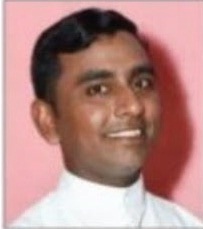 Govt to resolve issues of Selaulim evacuees within two months