With an overdose on Mhadei reverberating across mediums in the media -- print, electronic and social media -- and almost anybody and everybody becoming an expert on the tug-of-war between Goa and Karnataka for the coveted waters of the river, we had initially thought of skipping the subject entirely for this column. But on second thoughts, ignoring the issue which has cropped up with the Central Water Commission granting its consent to the project reports for diverting Mhadei reports, would be failing the reader.

So, here we go and begin with the self-goal scored by the Opposition which boycotted the all-party meeting which was called by Chief Minister Pramod Sawant last week. It was Viresh Borkar and his Revolutionary Goans Party (RGP) boss Manoj Parab, who spilled the beans the next day that the decision to boycott was never taken and the result of the alpha-male trait of Goa Forward Party’s (GFP) Vijai Sardesai. Even Aam Aadmi Party’s (AAP) Venzy Viegas and Opposition Leader Yuri Alemao had expressed their wish to attend the meet, the RGP duo claimed at their press conference.

Seemingly, Sardesai is hoping that the latest row over the Mhadei waters will bag him the twin objective of heading the Opposition and also offer him the opportunity to embarrass Sawant. He doesn’t seem to be cutting ice, especially with his own, questionable position on the Madhei tribunal award back in 2018 when he himself was an important minister in the cabinet of the late Manohar Parrikar.

After the initial outbursts, Sardesai has gone into a shell on the Mhadei matter but trust his instincts to spring back with another narrative, sooner rather than later, to propel himself back to centre-stage.

United we stand, divided we fall so goes the saying. And that is definitely the case of Goa’s fight for Mhadei.

Be it the political parties, NGOs, activists, or others, everybody is trying to agitate at their own level. There is absolutely no sign of everybody coming on a common platform keeping aside their differences, which is akin to the Goan crab mentality.

If one gives a call to get united on a common platform, somebody else gives another call to come together on their platform and then yet another just goes ahead with an agitation with a handful of supporters, which does not even catch the eye of anyone.

The Mhadei episode, which by now should have blown into a full fledged war is not even taking off due to the clash of egos and the opportunism of certain section which is apparently trying to capture the political space created in the aftermath of the backstabbing of Goans on the Mhadei issue.

And the result is for all to see. While Karnataka is walking away victorious, we Goans are fighting as to who will benefit the most on the Mhadei issue.

Is this how we will fight to save our ‘mother Mhadei’ or is it a platform being used to the to fight for selfish goals? Point to ponder!

All is well that ends well

Last month Chairperson Shubanghi Vaigankar pulled an ace and suddenly fixed the inauguration of the work on her birthday which was not taken very kindly by some councillors and the local MLA Joshua D’Souza. The inauguration had to be cancelled at the nth minute after the MLA fell ill on the day. The renovation work was tendered and work order also issued at least four months back but the contractor could not start work due to the battle of one-upmanship among the politicos. With the work having started we can only say, all is well that ends well.

Whether Calangute Sarpanch Joseph Sequeira and his panchayat will at all be able to down the shutters on the illegal dance bars is debatable but the Sarpanch definitely knows to throw political punches and score some brownie points.

A day ago he appealed to all the MLAs to bring a bill against illegal dance bars and debate on it in the upcoming assembly session.

With the statement he has, in a way, thrown the gauntlet at the local MLA Michael Lobo to walk the talk on illegal dance bars.

Whether Lobo bites the bait or not is inconsequential, but Sequeira for now has managed to keep the pot of dance bars boiling. 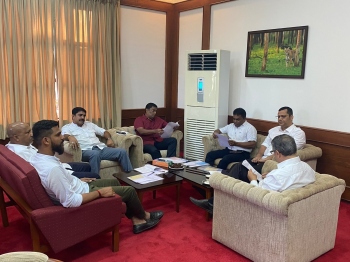 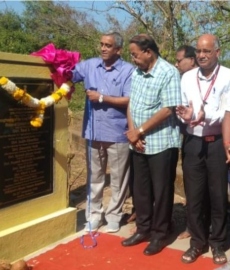