Civic polls: 3 parties agree on alliance to take on BJP 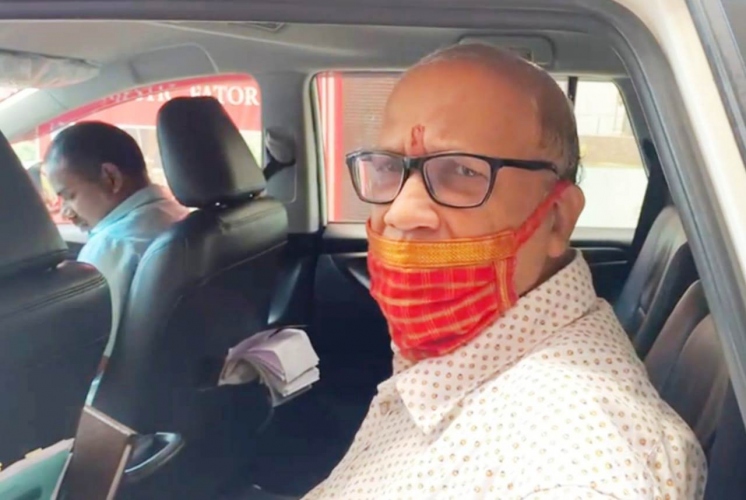 Leader of Opposition Digambar Kamat speaks to media while leaving the hotel on Saturday. Santosh Mirajkar

In what is seen as a clear attempt to unitedly fight the ensuing municipal polls, leaders of the Congress, Goa Forward and the NCP met at a city hotel here on Saturday and are believed to have agreed in-principle to forge an alliance to take the ruling BJP head on.

The three parties are believed to have reached a broad understanding that they should not field candidates against each other, but instead extend support to the candidates fielded by the panels.

Kamat, Sardesai and Jose Philip all tried to downplay the meeting of the three parties in Margao, saying things will crystalize on Monday, when the High Court is expected to pronounce the verdict in the ward reservation case.

The trio, however, made it very clear that public sentiments demand that the three parties and parties opposed to the BJP should come together to defeat the ruling party.

When asked to shed light on the likelihood of the three parties forging an alliance for the coming polls, Kamat said “we are working out a formula. Our central leaders have told us that since the main aim is to defeat the BJP, local level leaders should discuss with other groups and form a panel. Presently, the discussions are underway, including Margao, Panjim and Mapusa”.

Sardesai, when asked to shed light on the meeting of the three parties, said though the leaders spoke on the general situation, it was agreed upon to respect the public sentiment that all the parties should come together to fight the BJP. “We have decided to wait till Monday for the High Court to pronounce the verdict in the war reservation case. But, one thing is clear that public sentiments needs to be respected that everyone across the board should come together, including the Congress, Goa Forward and the NCP to fight the BJP. There’s a feeling that whoever is active in certain areas against the BJP need to take the lead and others should support the parties”, he said.

On the fate of the Congress-Goa Forward alliance for the Margao Municipal Council, Sardesai shot back “this suggestion was made by the Opposition leader and he had only reciprocated that we all should come together as MLAs and also take others along with us to defeat the BJP”.

NCP Chief Jose Philip D’Souza said the NCP High Command is in favour of an alliance with like-minded parties in the coming election. “Though we have met casually, we have all agreed that we have to come together. What is important is we have to remain united”, he said.

Asked to shed light on Churchill’s announcement to field a candidate in Fatorda for the Municipal polls, Jose Philip said the party has only shortlisted the candidates and that the party will soon take a call.