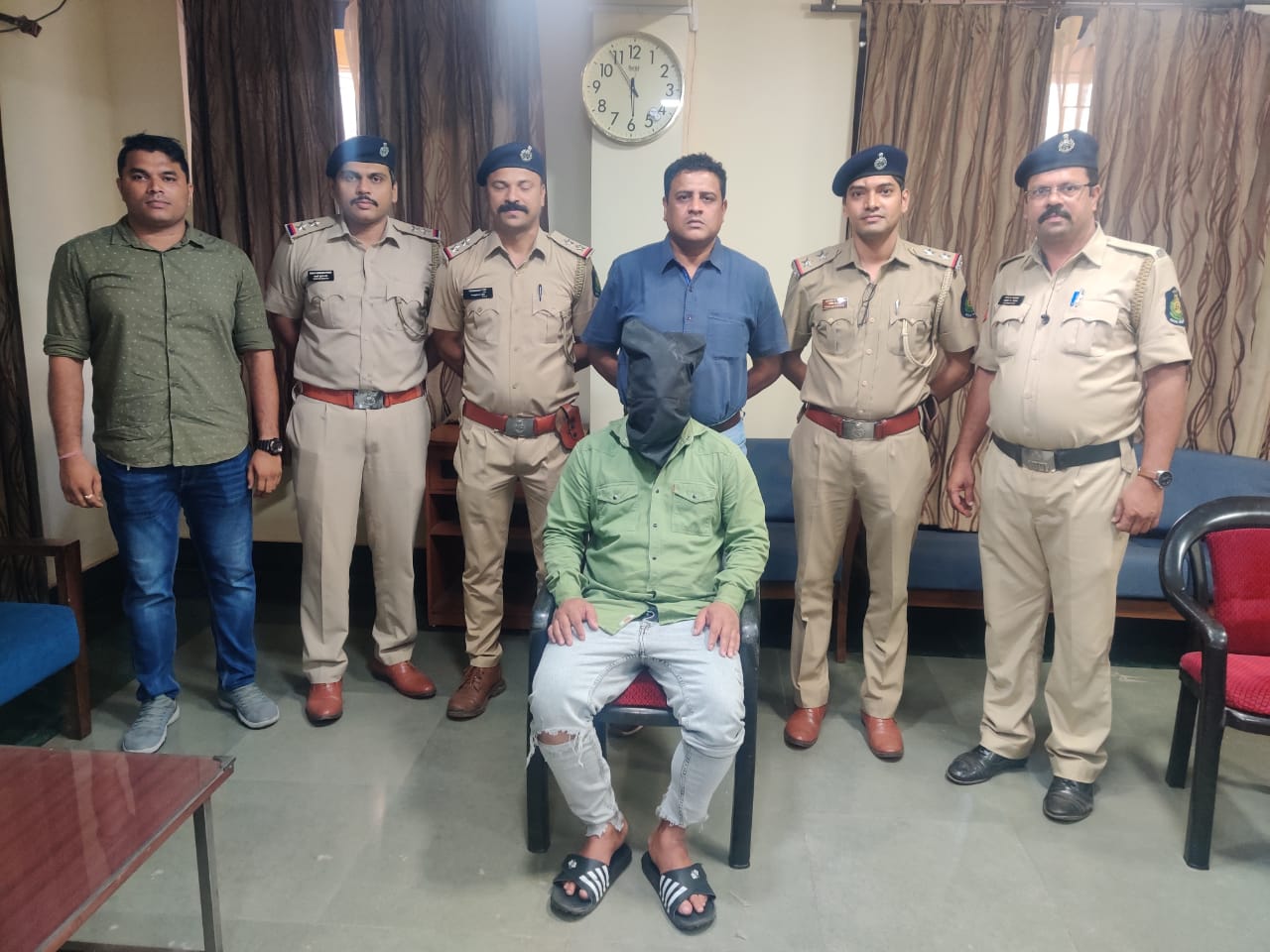 ﻿Mapusa PI Paresh Naik along with the police team and the main accused who was nabbed in Noida, Delhi.

After five months, police have arrested the main accused in the Aldona sarpanch attack case from Noida, Delhi, Mapusa Police said on Saturday.

The accused Vijay Karbotkar (32), a resident of Britona, Penha de France, is a history-sheeter and was absconding after committing the crime.

According to senior police officials, the department received information that Karbotkar was residing at Noida, Delhi.

Last week a team of police officials went to the national capital and with the help of their Delhi counterparts intercepted the accused and brought him to Goa on Saturday.

He was formally arrested at the Mapusa Police Station.

Aldona Sarpanch Pranesh Naik was assaulted in November last year by a gang of seven persons who were armed with choppers and knives while he was having lunch in a restaurant at Carona, Aldona.

Naik suffered serious injuries on his legs in the deadly attack and had to undergo multiple surgeries at the Goa Medical College and Hospital in Bambolim.

During the course of the investigation, Mapusa Police arrested six other persons who were involved in the attack and also filed a chargesheet in the case.

The investigation was supervised by Mapusa PI Paresh Naik under the overall supervision of SDPO Mapusa Uday Parab and of SP North Shobhit Saksena (IPS).