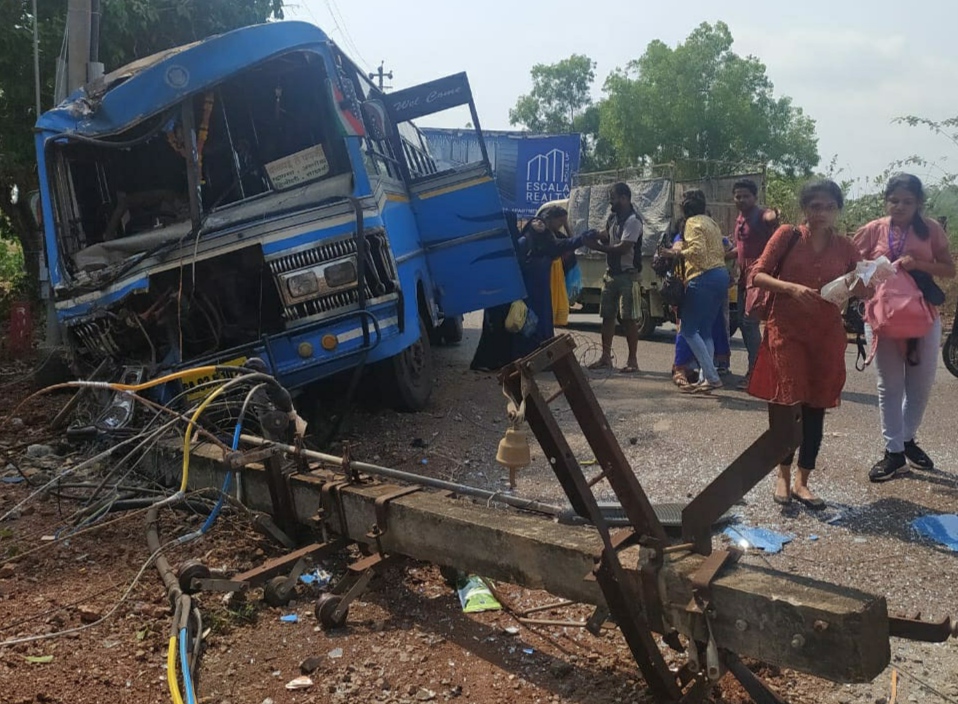 ﻿The ill-fated bus that slammed into the electricity pole after the bus driver lost control of the bus at Sirsaim on Saturday.

Around 16 bus passengers including the driver were injured after a private passenger bus they were travelling in slammed into an electricity pole at Sirsaim, Tivim on Saturday evening.

The incident happened at around 3 pm near the Sirsaim railway bridge. The bus was travelling from Mapusa to Valpoi.

Police sources informed that two youth on a two-wheeler were trying to block the bus by riding the bike in front of the bus.

On reaching the Sirsaim railway bridge, the bus driver in bid to scare the youth suddenly slammed the brakes with full force.

With the impact the bus skidded and the driver lost control resulting in the bus hitting a roadside electricity pole.

The bus driver was trapped inside the cabin while several passengers were injured with the impact.

The people from the surrounding area rushed to render help to the passengers and the bus driver.

The passengers were shifted to the North Goa District Hospital, Mapusa where they were treated for simple injuries and later sent home.