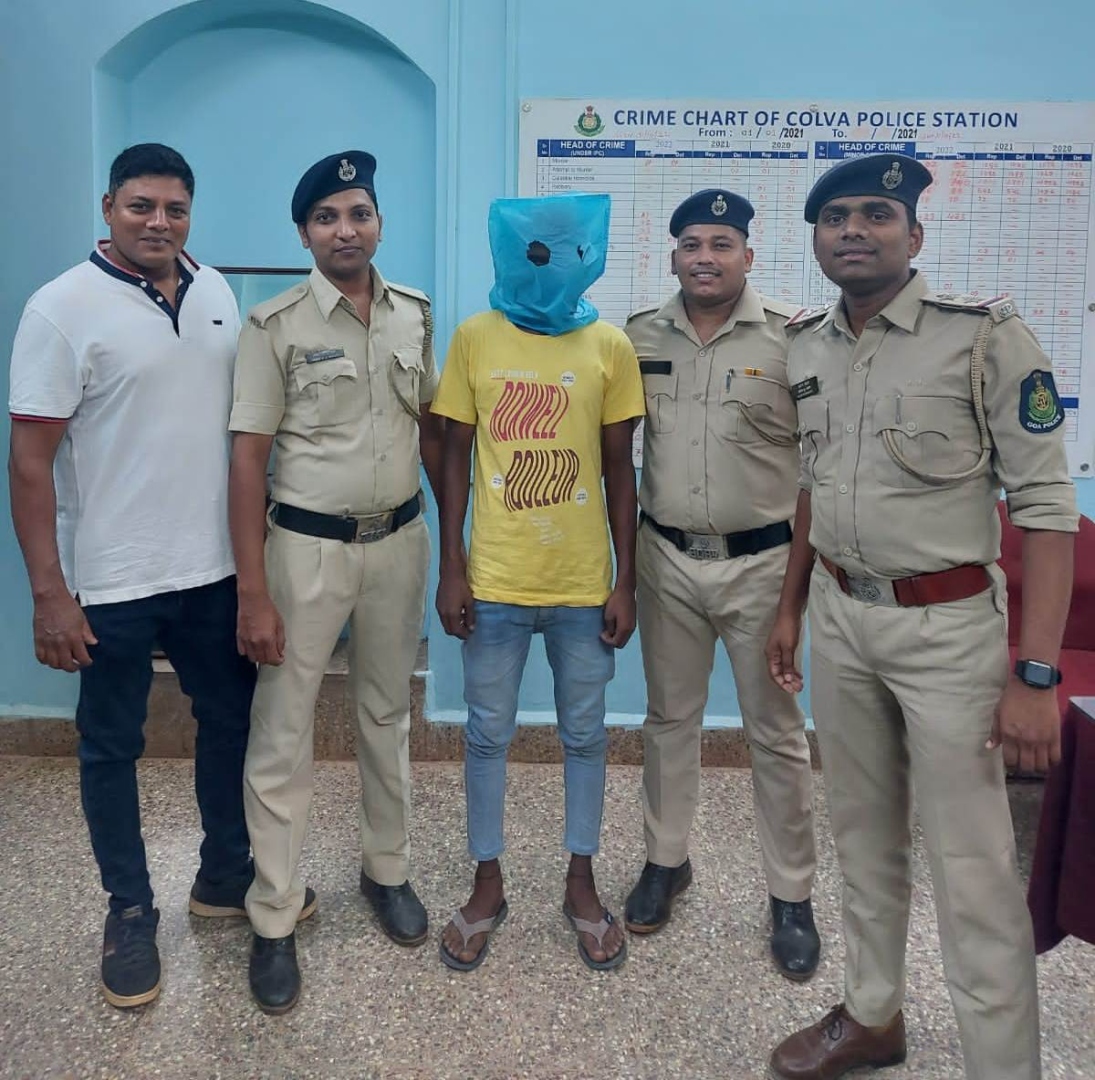 ﻿The Colva police team with the accused from Bihar involved in the kidnapping case.

The Colva police has rescued a 17-year old minor girl from Uttar Pradesh after she was kidnapped by a 20-year old accused, Japi Singh, a native of Bihar.

The accused who was apprehended at Bhadohi in Uttar Pradesh has been brought to Goa and arrested.

Sub-divisional Police officer, DySP Shivenu Bhushan told the media that accused person, who was staying at Varca village, had kidnapped the minor girl from the lawful guardianship of her parents and ran away to his home state Bihar.

“After the police received a complaint, the police swung into action and after interrogating the acquaintances of the accused, and assessing the technical intelligence, drafted a police team to Uttar Pradesh, where with the assistance of Kotwali Bhadohi police station arrested the accused and rescued the victim in the presence of victim family members.

He said the Colva police has taken four days remain for the accused for the purpose of further investigations.