Still at cross-roads: Where are the five flyovers that were given the green signal a decade ago? 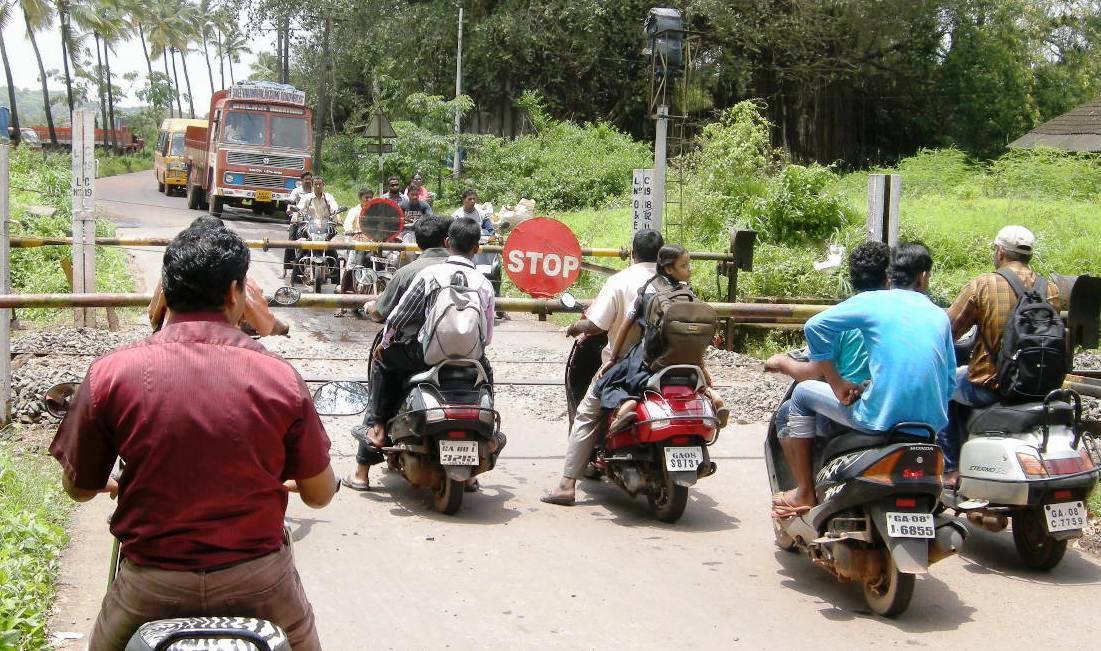 Indeed, exactly around a decade ago, the Manohar Parrikar government had accorded in principle nod for the five flyovers for construction over the KR tracks, including a flyover at the Comba railway crossing, reconfirming the decision adopted by the then Digambar Kamat regime.

The 50:50 per cent cost sharing basis was readily agreed by the Goa government, first by the Digambar Kamat and later by the successive government headed by late Manohar Parrikar. Sadly, none of the flyovers have taken shape at the five railway crossings till date, notwithstanding the traffic chaos witnessed at the railway crossings due to the manifold rise in vehicle population.

Inquiries by The Goan have revealed that the Parrikar regime had moved the file for the construction of the flyover at the Davorlim railway crossing after the project was backed by then Independent MLA Avertano Furtado, who was a Minister in the BJP-led government.

In fact, of the five flyovers, there were hopes that the Davorlim flyover would see the light of the day. Former Union Railway Minister Suresh Prabhu had laid the foundation stone for the project estimated to cost Rs 24 crore.

Says Avertano: “The Davorlim flyover was estimated to cost Rs 24 crore, of which 50 per cent cost was to be borne by the Goa government. There were, however, some land acquisition issues, which could not be addressed, as a result of which the project did not see the light of the day.”

The flyover proposed at the Seraulim railway crossing also hit a block. Instead, the Railways and the State government are in the process of building a road underpass at Seraulim, just metres away from the railway crossing.

Incidentally, while traffic chaos and snarls are literally the order of the day at the Comba level crossing, no initiative has come from the powers that be and the railway authorities to implement a flyover at the railway crossing.

MARGAO: Former Margao Municipal Chairperson Savio Coutinho on Thursday demanded to know the fate of the projects, identified by the Projects Identification Committee, including the flyover proposed at the Comba railway crossing.

Coutinho further pointed out that during his stint as Margao Municipal chairperson, he had submitted a memorandum to the then Union Railway Minister to sanction projects, including a flyover at the Comba railway crossing.

“It’s indeed sad that the Comba railway crossing did not receive the attention from successive governments. Successive governments have only paid lip service to the issue. We have to only hope the traffic chaos witnessed at the railway crossings open the eyes of the powers that be. Hope the authorities plan the flyover right now so that the project becomes a reality at least in the next five years,” Coutinho said.

KRC still open to building flyovers at rail crossings
MARGAO: The Konkan Railway Corporation is still open to the idea of building the flyover at Comba and other railway crossings on condition the Goa government makes available the land and funds 50 per cent of the project cost.
A senior Konkan Railway Corporation official further said the cost of the flyovers must have increased manifold in the last  10 years, while stressing on the need to prepare fresh estimates for the flyovers. “The cost must have increased manifold in view of the increase in the construction cost over the last one decade. If the Goa government is serious in funding 50 per cent of the flyover cost, the KR can prepare fresh estimates for the flyovers”, the official said.
The official added: “Since land acquisition is an issue, the responsibility of acquiring the land in question for the flyovers will rest with the local government”.