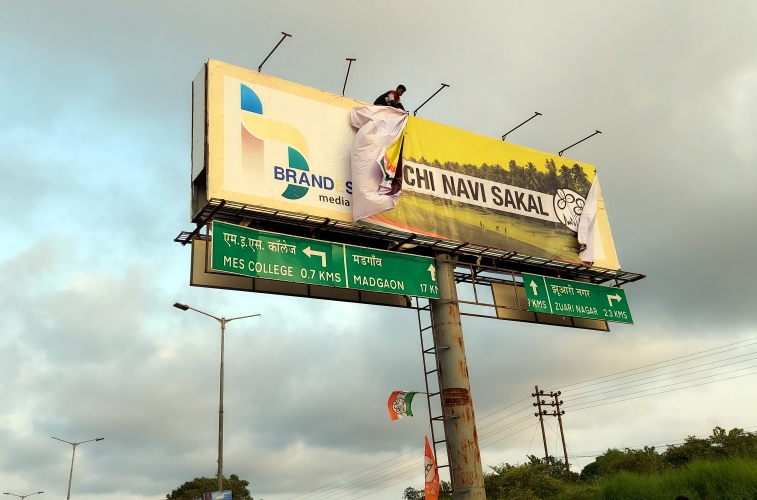 Competition over advertisement banners and hoardings has intensified among political parties in and around the port town.

In the latest such development, banners and signboards of the Trinamool Congress (TMC) displayed at locations between Dabolim Airport and Verna along the four-lane highway were removed on Wednesday evening, ahead of Union Home Minister Amit Shah’s visit to the State on Thursday.

Some small-sized TMC advertising display boards installed on electricity poles along the highway were also removed.

There were mixed views over the removal of the banners of some political parties.

One source said a circular had been issued to remove banners on electricity poles along the highway, and it may have coincided with Shah’s visit to the State.

However, another source said some parties had applied for permissions to display their advertisements on electricity poles along the highway but the permissions were pending, and hence, the banners were being removed.