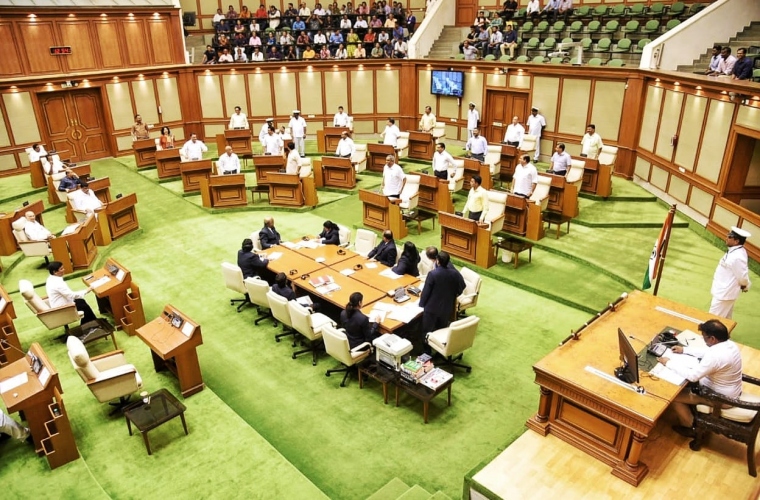 ﻿A friend phoned me from the UK expressing concerning about the blasphemous news regarding the Goa Covid-19 deaths being aired on television. His argument was how can a tiny state have a death rate that beats the count of the entire country of his residence. This is unfair! How can one compare a country like the UK to tiny Goa?

Comparisons have to be made closer home to either the same area or population. How about Dharavi slums then? Surely, Goa did better. I hung my head and the phone, not before acknowledging that with the air time and social bytes shared all over the globe, persons from Timbuktu to Tuvalu have definitely heard about Goa by now.

Everyone’s attention shifted a bit from Covid-19 to the fury of cyclone Tauktae. Covid-19 and Tauktae have managed to uproot a lot of things. Both the events being so tangible that not a single person has remained unaffected. All said and done, the effects of both will diminish, one sooner and the other much later.

However, one thing that will not go away is the scrutiny of the morbid nature of the state administration during this time. Arguments about the lack of leadership and concern from our elected representatives are going back and forth among people. Even more boisterous noise from within the political circles about their own tribe.

Of course, it took over a hundred deaths to start beating their loud drums in the blame game and training their guns on one another. This will not last long -- after all it is said in politics there are no permanent foes but just permanent interests.

While we can blame the government, it is the same we who have voted for them. One can argue about the choice being between the devil and the deep sea. Or rather the lack of choice as it has been mostly the same faces over the past years. Perhaps being a politician is indeed a profession in itself, except with no retirement age. Fresh faces, if at all, are mostly of their next generation and one is afraid that the debutant politician may just be a chip off the old block.

I am not against family raj in politics. If a doctor’s child can be a doctor, then why should one object to a politician’s child becoming a politician. No double standards here, provided there is sincerity to actually serve the people. What I cannot bring myself to comprehend is how within the same family, different parties of political patronage coexist. If one cannot convince one’s own family member of the genuineness of one’s political party, where is the question of trying to convince the common man. What about conflict of interests? But that should not matter I suppose, because there is always the chance of the good old party-hopping in hordes. Wondering like Javed Jaffery, if one can change a party after election, why cannot I also change my vote after election?

There are just a handful of politicians today that have a vision for Goa and genuine concern for the people. I am being kind here. There is an absolute need for fresh perspectives in the political arena if things are to change around. I am hopeful that there is a chance to challenge the political deceit we have endured for so long rather helplessly.

Social activism is at its peak. Youth, social workers, lawyers and NGOs with selfless interests are visible and have risen from all corners of Goa. Some of them are fearless to take on the apathy of the state administration and this is good news for us. Our youth rose together against the powers that passed those questionable projects. The actions of the young empathetic doctors of GARD warned us of why Covid deaths were occurring. That was the single turning point that started things moving in the right direction. No longer are we saving the future for our children, but rather it is they who have saved our present. Hats off to the guts of these young guns!

And on them, I pin my hopes for better leadership. One needs originality, creativity, boldness and a certain gumption in the political scene today that these emerging lights ones can provide. All I pray is that they take a leap of faith and become the leaders we need and can elect. One would ask, am I imploring someone wearing clean shoes to step into the gutter? Yes, I am, if that is what it takes to clean up the backyard. Perhaps, it will be a reverse mentorship of sorts because hopefully they can instill an attitude of thinking beyond oneself among the veteran politicians.

We need to decide wisely who will earn our vote. Don’t barter your vote for anything else next time, you have already paid the price for no oxygen. Let the countdown to making the right decision about your vote in 2022 begin. Let’s encourage new faces to take on political challenges for they may be our chance to reinstill our faith in democracy again.

(The writer is Associate Professor, Dept of Psychology at St Xavier’s College) 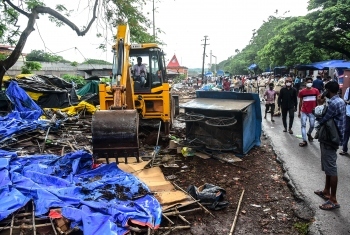