SURAT
Hosts Gujarat recorded their second successive win in the Vijay Hazare Trophy, beating Goa by eight wickets in an Elite Group A game here on Monday. Gujarat had started their campaign with a three-wicket win over Chhattisgarh.

Opting to bat at the Lalbhai Contractor Stadium, Goa were bundled out for 159 in 45.4 overs, with Gujarat's slow-left arm spinner Hardik Patel (3/34) doing the bulk of the damage. Gujarat then chased the target in 27.4 overs with half-centuries from Priyank Panchal (57 not out off) and Bhargav Merai (57 off 55 balls).

Goa were struggling at 41/2 after losing opener Aditya Kaushik (4), who was castled by pacer Arzan Nagwaswalla (2/31). The other opener, Ishann Gadekar (18), also failed to convert his start and became slow-left arm bowler Hardik's first scalp.

Gujarat kept making inroads and did not allow the opposition batsmen to settle down. One-down Snehal Kauthankar (23; 3x4) too failed to make it big and was trapped in front of the wicket by Hardik, leaving his side in a spot of bother at 50/3.

They lost half their side for 78 as skipper Amit Verma (15) and Suyash Prabhudessai (3) also fell cheaply. It was a patient 36 by wicket-keeper KD Eknath off 62 balls that took his team over the 120-run mark. But pacer Nagwaswalla got his second wicket after dismissing Eknath as Goa slipped to 123/6 in the 39th over.

Darshan Misal, who came at number seven, top-scored with 44, with four boundaries and that at least helped them go past the 150-run mark, but was devoid of partners as Gujarat bowlers ran through Goa's lower order.

For Gujarat, all the bowlers played their parts to perfection. Pacer Chintan Gaja (2/31) and spinner Piyush Chawla (2/32) also grabbed two wickets each.

Gujarat began the chase on a strong note, with openers Dhruv Raval (37 off 26 balls) and Panchal adding 53 for the first wicket. Then Panchal and Bhargav Merai were involved in a 92-run stand for the second wicket and took the game away from Goa.

In the other two league games, Baroda rode on skipper Krunal Pandya's unbeaten 127 to beat Tripura by six wickets, while Hyderabad defeated Chhattisgarh by seven wickets. 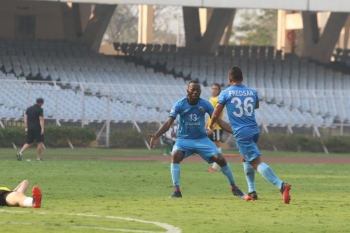 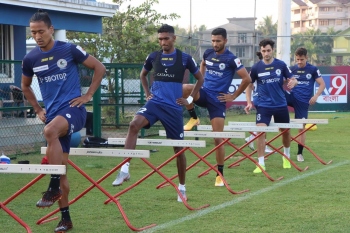 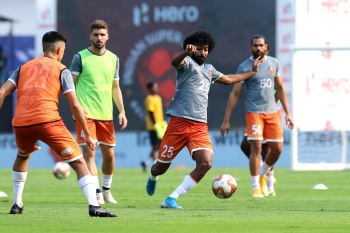 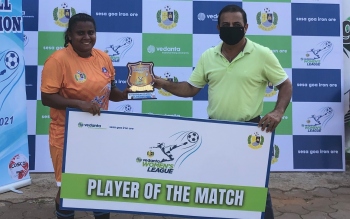 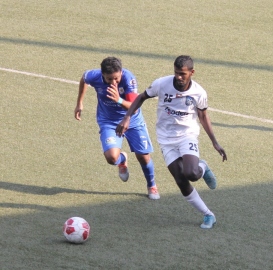