The staggering Covid-19 death toll in the US all but matches the number of Americans killed in World War II, Korea and Vietnam combined 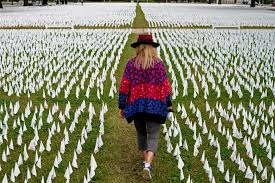 The Covid-19 death toll in the US has topped 500,000, a staggering number that all but matches the number of Americans killed in World War II, Korea and Vietnam combined. The US recorded an estimated 405,000 deaths in World War II, 58,000 in the Vietnam War and 36,000 in the Korean War.

President Joe Biden held a sunset moment of silence and a candle-lighting ceremony at the White House on Monday and ordered American flags lowered at federal buildings for the next five days.

Monday’s grim milestone, as recorded by Johns Hopkins University, comes as states redouble efforts to get the coronavirus vaccine into arms after last week’s winter weather closed clinics, slowed vaccine deliveries and forced tens of thousands of people to miss their shots.

Despite the rollout of vaccines since mid-December, a closely watched model from the University of Washington projects more than 589,000 dead by June 1.

The US toll is by far the highest reported in the world, accounting for 20 percent of the nearly 2.5 million coronavirus deaths globally, though the true numbers are thought to be significantly greater, in part because many cases were overlooked, especially early in the outbreak.

Average daily deaths and cases have plummeted in the past few weeks. Virus deaths have fallen from more than 4,000 reported on some days in January to an average of fewer than 1,900 per day.

But experts warn that dangerous variants could cause the trend to reverse itself. And some experts say not enough Americans have been inoculated yet for the vaccine to be making much of a difference.

Instead, the drop-off in deaths and cases has been attributed to the passing of the holidays; the cold and bleak days of midwinter, when many people stay home; and better adherence to mask rules and social distancing.

Dr Ryan Stanton, an emergency room physician in Lexington, Kentucky, who has treated scores of Covid-19 patients, said he never thought the US deaths would be so high.

“I was one of those early ones that thought this may be something that may hit us for a couple months … I definitely thought we would be done with it before we got into the fall. And I definitely didn’t see it heading off into 2021,” Stanton said.

The White House said about a third of the roughly 6 million vaccine doses delayed by bad weather were delivered over the weekend, with the rest expected to be delivered by mid-week, several days earlier than originally expected.

More than 44 million Americans have received at least one dose of either the Pfizer or Moderna vaccine, and about 1.6 million per day received either first or second dose over the past seven days, according to the CDC.

Joe Biden on Monday will order flags on all US federal buildings to be lowered to half mast in commemoration of the imminent half million mark in the country's death count from Covid-19, the White House said.

"It's terrible. It is historic. We haven't seen anything even close to this for well over a hundred years, since the 1918 pandemic of influenza," Anthony Fauci, chief medical advisor to US President Joe Biden, said on Sunday on NBC's "Meet The Press."

The count, 500,071, is more than double the number in absolute terms of reported deaths in Brazil, which has the world's second highest count. 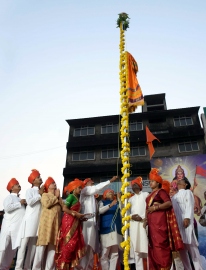 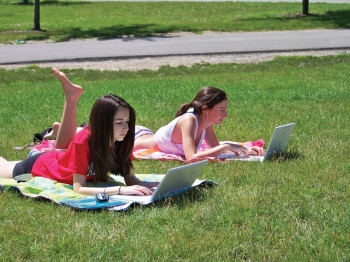 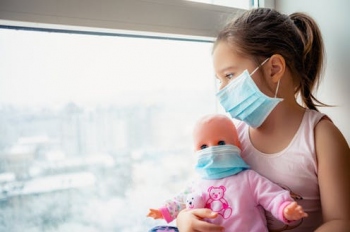 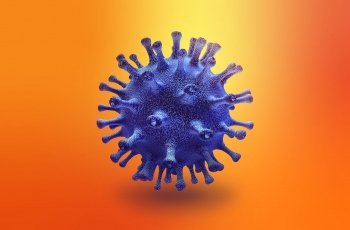 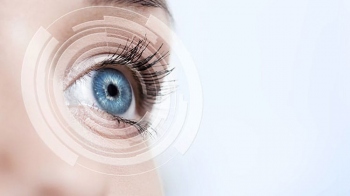