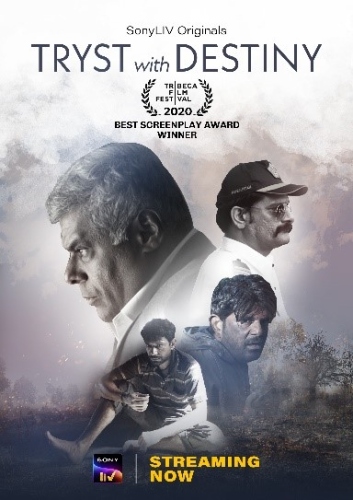 ﻿As the capital city is getting ready for the opening ceremony of the 52nd International Film Festival of India (IFFI), which will be conducted in a hybrid mode, it is for the first time ever that five major OTT players will participate in the festival. OTT giants like Netflix, Amazon Prime, Zee5, Voot and SonyLIV will participate at the film festival through exclusive Masterclasses, content launches and previews, curated film package screenings and various other on-ground and virtual events. In a move to boost the quality and produce fresh content, these major OTT platforms are churning out a variety of shows and movies each year.

The OTT pioneer Netflix is organising a three-day virtual masterclass by the Paris based renowned school of image and arts, Gobelins – School L’image. Netflix will also organize the India premiere of the period-drama ‘The Power of the Dog’ by filmmaker Jane Campion starring Benedict Cumberbatch and Kirsten Dunst.A Special Screening of the film ‘Dhamaka’ will also be shown by Netflix, including an introduction of the film by Actor Kartik Aaryan. In addition, a preview of Episode 1 of ‘Aranyak’, an upcoming crime thriller series starring Raveena Tandon and Ashutosh Rana will also be showcased by Netflix in IFFI this year.Another OTT player, SonyLIV has proposed to conduct a masterclass by the Scam-1992 screenplay writer - Sumit Purohit and Saurav Dey, which will be moderated by Indranil Chakraborty, business head, Studio Next. Another masterclass by Maharani Screenplay writer Nandan Jha will be moderated by Saugato, head of original content, LIV.SonyLIV will also screen its web series Tryst with Destiny by Prashant Nair, Ashish Golwalkar and Amogh Dusad. Zee5 will also organize a directors’ round table titled ‘Championing the Game' with Nitish Tiwari, script writer and director of Dangal and Breakpoint, Akarsh Khurana, director of Rashmi Rocket, Rakeysh Omprakash Mehra, director of Bhag Milkha Bhag and Omung Kumar, director of Mary Kom. Zee5 will also showcase and announce one of the most coveted projects ‘Zee Katha Caravan’, giving the writers of today and tomorrow a platform to share the most soul stirring stories.Digital India is giving rise to OTT platforms with a myriad of contents and these platforms are enthralling the audience virtually all over the world. The 52nd edition of IFFI is also being held in a hybrid way which is a nod to new technology and gives a platform to the artists to collaborate and interact with these OTT players.