Mark Silva staged ‘Nitik Dolle Nam’ the first tiatr penned and directed by him on July 24, making him probably the youngest writer/director to stage a tiatr in London at 24! A few more shows too are now planned in other parts of London 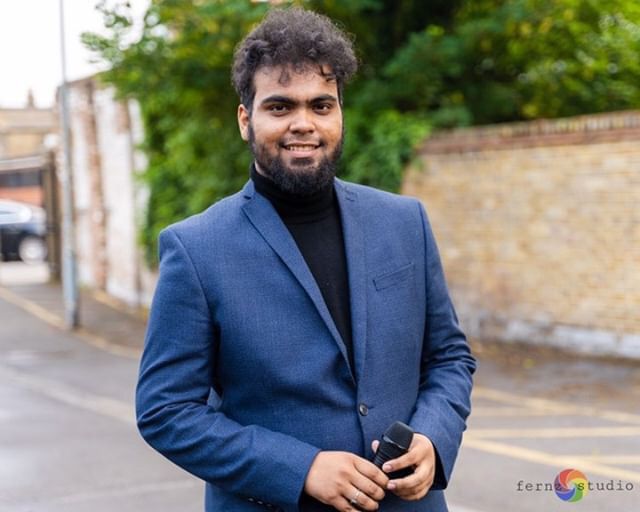 Dreams come true to those who dare to fold their mats and rise to achieve what they desire through sheer hard work. When the going is tough, the tough gets going.

From early childhood, his father instilled in him the love for maim bhas Konkani. As a youngster, he was fascinated by the Konkani stage. He would watch Konkani VCD films again and again; Comedy was his interest and passion.

His passion found him a platform on the school stage acting in school and class skits and he received appreciation from his colleagues and teachers. He would blush with innocence when his teachers and well-wishers would exclaim: ‘Mark tum ek dis famad zatolo!’ (‘Mark you will be famous one day!’). Their zeal and enthusiasm gave him hope for a better and prosperous tomorrow.

Buoyed by the initial response, the young lad dreamt of the big stage. As he witnessed tiatrs of reputed directors in the auditoriums, he visualised himself on the big stage. He approached a few renowned directors too but all they had to say to him was ‘Tujem xikop kobar kor magir polloum-ia’ (You complete your studies and then we'll see). The young lad did well in his studies hoping to achieve his dream of acting in a tiatr thereafter. But man proposes, God disposes. God had different plans for this young lad. By then his parents decided to migrate to the United Kingdom and soon he found himself moving in the streets of Southall meeting tiatrists and other Goans.

Bloom wherever you are planted, and this youngster just did that. He completed his Secondary Education in Deepvihar High School, at Sada, Vasco and completed his higher education in London. He got himself trained in Child Protection and Safeguarding and found employment as a teacher at Villiers High School. He also offers voluntary services as Youth Coordinator for St Anselm’s Catholic Church, Southall.

“Since my childhood, I always had the desire to act in Konkani tiatrs. I never participated in any show to gain a name but my goal was to fulfil my desires and promote the love of Konkani. I enjoyed the experience of participating in school plays. Therefore I decided to level up my hobby but didn’t get the chance to do so.” says the young lad.

He began attending the Saturday shows held in Villiers High school. His desires had no bounds and he began reaching out to people who mattered but all he received was cold shoulders and empty promises. He was sad, hurt, bruised but the actor in him did not give him rest. He was determined to make it big.

Was it destiny that decided that this youngster couldn’t rise? When man closes a window, God opens a door; this Goan youngster grabbed an opportunity that came his way to act in a play competition organised by Nazareth D’Souza for two consecutive years. The talent in him didn’t go unnoticed and soon he was approached by a young Goan, Grina Pereira to act in a show. Here he opted to write the comedy which was adjudged as the best comedy for this show. This young man got instant recognition and today this young Goan is known as a tiatrist of repute. This young Goan is Mark Silva; a tiatrist in London exploring and promoting Goan tiatr and the Konkani language among the Goan youth in London.

The success in the show of Grina Pereira made him a subject of discussion and consideration and Mark got a call to act in a professional tiatr. The tiatr written and directed by Zina Dias & Geldo Des was titled “Undiracha ragan ghorak uzo”. Mark was offered a cameo and he tried to give his best for the character. His sincerity and dedication were blessed and here there was a development that changed the course for him. The lead actor owing to some personal reasons had to opt out of the performance and the directors after thorough consideration asked Mark to don the mantle of the lead character. He was just 18 but had to enact a character of a dad. Mark was never one who would let an opportunity fly past him and he grabbed the opportunity with both hands. His performance was appreciated by the audience.

Mark kept on motivating youngsters to take up acting and promoting our mother tongue Konkani. He had with him a group of talented youngsters but this group could not reach the coveted stage due to a lack of godfathers to promote them.

Once he spoke to Tommy Afonso (Jr Nelson of the Trio Kings fame, now migrated to UK) about his desire to stage a tiatr with youngsters. Afonso was considerate to him and advised him to get someone to write a tiatr and asked him to direct. He promised all possible help and guidance to stage the tiatr.

This young band of tiatrists staged their first tiatr “Hench amchem fuddarachem Ghor” which was written by Anthony De Betalbatim and directed by Mark Silva, in which the entire cast, backstage hands and some band members were youngsters. The success of this tiatr pumped in the required adrenalin and on the 24th of this month, Mark staged ‘Nitik Dolle Nam’ the first tiatr penned and directed by him making him probably the youngest writer/director to stage a tiatr in London at 24! A few more shows too are now planned in other parts of London. Will this young tiatrist with his troupe of dedicated youngsters manage to cross all hurdles and carry the tradition of tiatr further? Will our senior tiatrist support these blooming buds to bloom in their art? Will this young blooming tiatrist persevere in their quest to promote Konkani and Konkani tiatr in their area of domicile are pertinent questions that crop up in the minds of genuine tiatr fans. 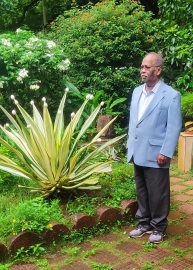 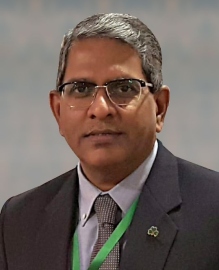 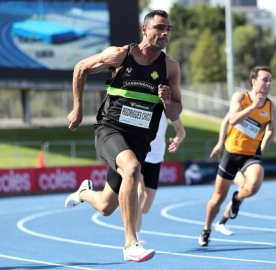 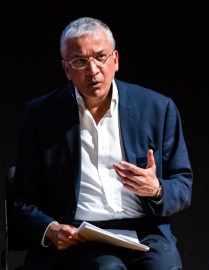 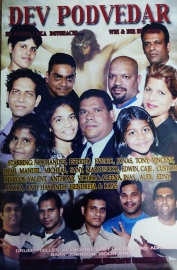