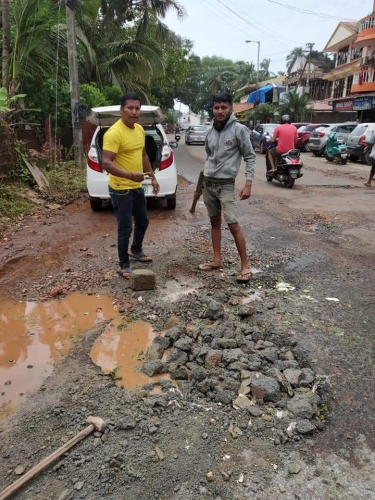 A youth of Calangute Nilesh Goltekar has taken the initiative to fill potholes on Calangute roads and that too at his own cost.He has finished filling up potholes on roads in Khobravaddo, Naikavaddo, Gauravaddo east, SautaVaddo, Porbavaddo and Baga. While interacting with the media, he said he brings stones, breaks them and then puts them in his car and transports it to the site and fills the potholes. He has taken up this as he could not see tourist and locals suffering injuries and deaths caused due to large potholes. Many people have appreciated his work and they have called him or messaged him to congratulate him. Some of them have come forward to help him in this cause, he added. His wife and family too are supporting him in this social work. Goltekar requests all the youths of Goa to come forward and fill potholes on roads in their own areas. 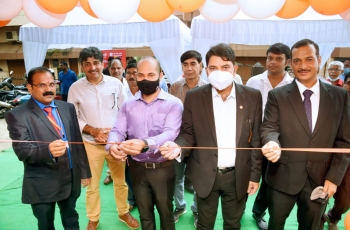