2 nabbed in Kolhapur for stealing Bullet in Pernem

Pernem PI Jivba Dalvi and a police team along with the two accused and the stolen motorcycle.

Pernem police have arrested two persons at Kolhapur on charges of stealing a Bullet motorcycle at Parcem-Pernem.

A complaint was lodged by Manguesh Dangui on September 14, stating that his Bullet motorcycle was stolen from a parking lot at his house.

Investigation using electronic mobile surveillance and CCTV footage during the past two months finally led Pernem Police to a breakthrough, which took them to Kolhapur.

A Pernem police team proceeded to Hupri-Kolhapur and nabbed the two accused Sangram Hazare (31) and Niranjan Avte (27), both from Hatkanagle-Kolhapur.

The stolen Bullet motorcycle has also been recovered from the accused. 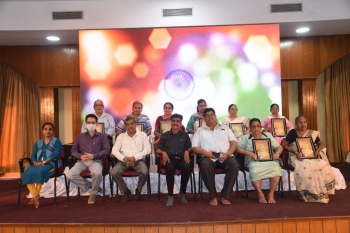 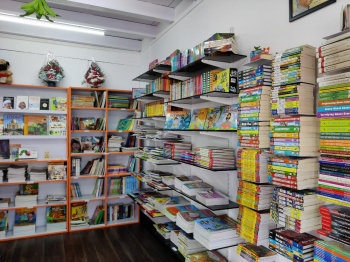 ﻿Bookstore and library opened in Mapusa