Union Minister for Environment, Forest & Climate Change, Prakash Javadekar feigned ignorance about the opposition to the three controversial linear projects proposed in and around protected forests at Bhagwan Mahavir Wildlife Sanctuary and the Mollem National Park in Goa.

"Nothing in writing has come to me so far. I will consider it when anything comes to me", Javadekar said when his attention was drawn to the questions being raised over the MoEF&CC clearances to the projects at a press conference he addressed at the State Secretariat on Sunday.

Dozens of representations have been sent digitally and by post to the MoEF&CC after the projects got the crucial National Board for Wildlife (NBWL) clearance in an apparently cavalier video-conferencing meet held during the national lockdown in April.

Former members of the NBWL, conservation scientists, researchers, wildlife enthusiasts, tourism entrepreneurs and others from civil society in Goa and across the country have been protesting since in Goa.

Javadekar heads the NBWL and had chaired the controversial meeting in mid-April. The decisions were slammed by his predecessor, Jairam Ramesh and top conservation scientists and researchers and greens.

The three projects in Goa include the controversial double-tracking of the Vasco-Castlerock railway line, four-laning of the Goa-Belagavi stretch of the National Highway and laying of inter-State power transmission lines.

The NBWL clearances have been challenged before the Bombay High Court.

MHADEI ISSUE: Javadekar meanwhile also declined to answer questions on the Mahadei water diversion dispute between Goa and Karnataka saying the matter is subjudice and pushed the onus on Chief Minister Pramod Sawant who he said will give a detailed explanation on it.﻿﻿ 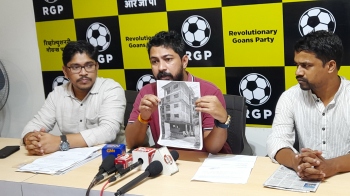 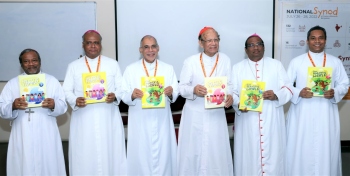