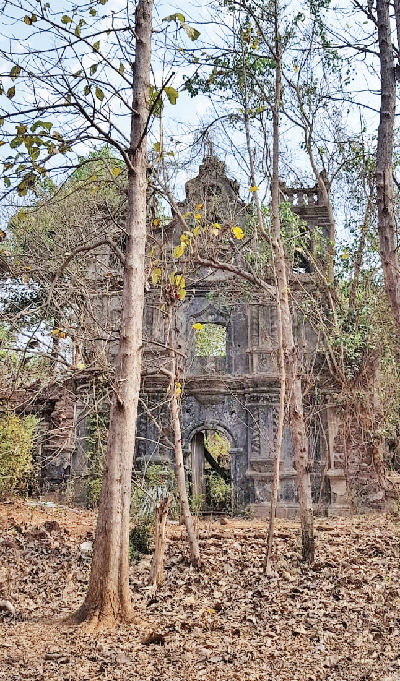 Panaji-based architect Fernando Velho on Friday made a strong pitch for the ruins of the Convent and Church of Nossa Senhora do Carmo in Chimbel to be converted into an archaeological park for the residents of Chimbel.

Velho, who presented a vision for the ruins at the Charles Correa Foundation in Fontainhas on Friday, spoke of how important in terms of heritage value the site of the ruins was to Goans, and what a difference it would make to the people of Chimbel if the government gave its nod for converting it into an archaeological park.

According to Velho, who schooled at the Goa College of Architecture as well as at the University of Michigan, USA, converting the ruins into a park would not only give Chimbel a space for people of different communities to mingle and bond, but will also provide the village with a much-needed green area.

“The current area demarcated as green area in Chimbel as seen on Google Maps doesn’t have a single tree on the ground,” said Velho.

“When there are no trees, people immediately move in on these areas and want to build. The GPPDA is already eyeing 150 metres of land on both sides of the highway. The ruins of Nossa Senhora de Carmo is a great alternative to create a green space for the people of Chimbel,” he said.

Velho also spoke of the economic and social disparity of the people who live in Chimbel.

He explained that on one hand there were people living in Indiranagar as an in informal urban settlement but without water, and on the other hand are the people living in huge living spaces along the Kadamba Plateau with swimming pools.

As things stand, there is no public space in Chimbel to even put a bench for two people from these distinct communities to sit and talk, he explained. A proposed project like the reconstruction of the ruins would serve this and several other purposes.

Further, a final year architecture student Erica De Mello explained that since the site is just off the highway and between the developing Kadamba Plateau, it is very accessible. De Mello also presented a plan of how the area of the ruins and around could be done up again.

have sprung up in Goa recently and which are looking for traditional “Goan” spaces to host them.

The Nossa Senhora do Carmo Convent was constructed in 1747, and changed many hands until 1982 when it was abandoned due to the difficulty and cost involved in maintaining it.

Architects estimate that the whole space occupies close to 30,000 square metres of land, with the ruins covering 20% of it. The area is currently enclosed by the government. Even though it comes under the Ministry of Provedoria, it is not listed in the “protected sites” of the State. 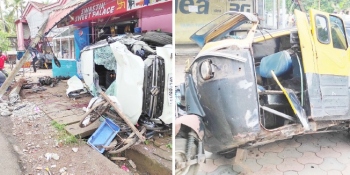 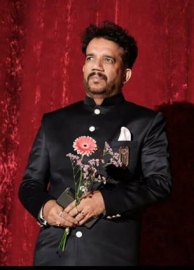 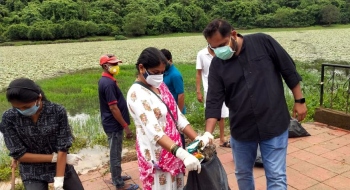 Where are the 296 CCTVs proposed for Fatorda? 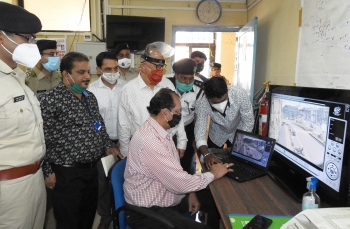 Will honour promise once proposal for CCTVs received from MMC: South Goa MP