 Number of small & medium projects lined up  Most still on paper, yet to be tendered

Over three years and 2 billion (200 crores) rupees inflow of liquid cash into its kitty, the State-owned special purpose vehicle has very little to show in terms of turning Panaji into the ‘smart city’ the State and Central governments promised through Prime Minister Narendra Modi’s flagship programme to implement dozens of smart cities across the country.

Some other interventions of the IPSCDCL include in Miramar where it replaced the tiles of a foot bridge at a cost of Rs 1.2 crore.

The Imagine Panaji Smart City Development Corporation Limited may have lined up a number of small and medium projects but most are still on paper and yet to be tendered. Besides, the handful it has completed or tendered are either insignificant to impact the capital city’s substantive infrastructural and development needs and hardly count in the mission to make Panaji smart.

Except for the underground power cabling undertaken and completed but yet to be commissioned in Ribandar, none of these projects IPSCDL has planned and taken up measure up to be substantive, critics say.

Take for instance, the 1100 square meter boardwalk along the mangrove dotting the Rua de Ourem creek implemented by the IPSCDL. Designed by reputed architect Gerard Da Cunha, the walkway which promises to give you a glimpse of the mangrove along the northern edge of EDC Patto Plazza was hailed as a tourist attraction but is failing to draw footfalls originally projected.

Another project it has announced is the renovation of Portuguese-era tile-roofed structures on the banks of the Mandovi which housed PWD offices opposite popular pub-cum-restaurant Down the Road.

The project in which the IPSCDL intends to house its office, however, has earned it intensive criticism for finalising the tender for a whopping Rs 20 crore. Yet another tender floated by it for Rs 35 lakh - to paint ‘Zebra Crossings’ at predetermined locations on city streets - led to a hue and cry over the seemingly exorbitant costs leading to the Corporation withdrawing the tender following allegations of graft flying at it from critics.

“It is severely hampering our functioning as IPSCDL is an authority unto itself. It does not take the CCP into confidence and it also fails to keep us informed on the nature of the work it intends to take up or the geographical location of where it wants to execute its planned projects,” Madkaikar told The Goan.

IPSCDL was a special purpose vehicle incorporated as a State-owned company by the late former chief minister Manohar Parrikar after he used his influence in the Central government to get Panaji selected although it did not make the mark on population, geographical size and other parameters.

Officials in the State’s finance ministry have confirmed disbursal of a whopping Rs 200 odd crore to the Corporation since March 2017.

Former Panaji MLA, Siddarth Kuncalienkar headed the IPSCDL for most part of its existence after he was appointed its chairman in 2017 following his vacating his Panaji seat to accommodate Parrikar who had returned to Goa giving up the Defence Ministry. Kuncalienkar however quit earlier this year to contest the Panaji by-poll which he lost and has been replaced by Chief Secretary Parimal Rai.

The objection of CCP Mayor, Madkaikar and his predecessors including Surendra Furtado and Chopdekar is that the city’s mayor has no place on the Board of Directors of the IPSCDL which violates the guidelines of the Centre’s Smart City programme.

Madkaikar lamented that the Smart City corporation does not even keep the CCP informed of its plans which severely hampers CCP’s statutory responsibility of meeting Panaji’s civic needs.

“Recently we planned to take up development of a garden adjacent to the existing one at Caranzalem. When we began working on formulating the tender, we were told that IPSCDL is working on the project. Similar problems were faced in some other parts of our jurisdiction,”

Panaji’s new MLA, Atanasio Monserrate, to whom the CCP’s ruling panel owes allegiance, is also critical of the State government and IPSCDL short-changing the capital city’s civic body over jurisdictional matters and has promised to seek accountability over the subject in the upcoming monsoon session of the Goa legislative assembly.

Monserrate who makes a comeback in the House after a gap of two years is expected to propose that IPSCDL be headed by Chief Minister Pramod Sawant as chairman and include in its BoD the Mayor with a working arrangement which envisages the CCP to be in the loop.

﻿We have all permissions: Ex-sarpanch

Ex-sarpanch in dock for illegal construction on comunidade land 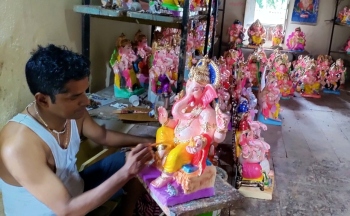 Canconkars all set to welcome Ganesh 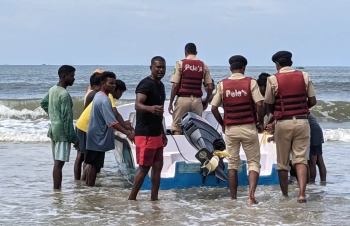 Meet on Sept 3 to deliberate on CLP leader issue: Patkar