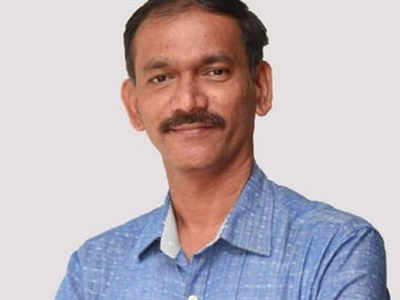 Reports are doing the rounds in Congress circles that top party leaders from Delhi may descend in the State around mid-April. Local Congress leaders, however, are trying to figure out the agenda behind the visit of top leadership in the State. Sources say the visit by party Delhi leaders may be linked to the recent outbursts by the old guard against GPCC chief Girishbab Chodankar. Party leaders seemed to have no idea whether the leaders are visiting the State to resolve the leadership issues and ensure that Girishbab remains in the saddle or pave way for his replacement.

Task at hand for BJP in Ward 7

Has BJP State president and in-charge of Margao Municipal polls, Sadanandbab Tanavade any answer to the emerging battle in Ward No. 7 of Margao Municipal Council, which threatens to turn into a BJP Vs BJP affair? With Arthurbab D’Silva hell bent in contesting from the ward, Fatorda BJP leader Damubab Naik seemed to have rallied behind party candidate Milagrinabai. Sources said Tanavade was in the town earlier this week to sort out poll-related issues. Will Vijaibab have the last laugh in Ward No. 7 or will the saffron brigade have some other plan in place. Only time will tell.

All eyes on Digambar-Vijai alliance for MMC

Just 20 days to go for the Margao Municipal election, but the much-anticipated civic alliance between Leader of Opposition, Diggu and Goa Forward chief Vijaibab Sardesai is yet to take formal shape. In 2015, the duo had propped up the Margao Civic Alliance, releasing a common manifesto for the city, before they parted ways during Vijaibab’s honeymoon with the saffron brigade. Both Diggu and Vijaibab have rooted for an alliance. The moot question that remains unanswered is why the alliance, if any, is still not in public domain. Or, is the Congress wary of the opposition brewing amongst party Fatorda workers against an alliance with the Goa Forward. Wait and watch.

Hazard a guess what was Pratimabai Coutinho’s mission in Quepem when she descended in the town earlier this week? Well, photographs showing the Congress-turned-AAP leader with inmates of Home for the Aged have been doing the rounds on the social media. If sources are to be believed, however, Pratimabai had another brief in Quepem -- in support of a couple of AAP-backed candidates in the fray for the Quepem Municipal polls. And, sources said Pratimabai is set to descend in Margao ahead of the April 23 polls for the Margao civic body.

Another seamen sets eyes on Benaulim

Varca-based Pinto Brothers seemed gearing up for the 2022 electoral battle from the Benaulim turf. If Nazariobab Pinto is to be believed, younger brother Gabriel, an engineer by profession, may throw his hat in the electoral ring in the 2022 Assembly election. Having put in long years of service in the merchant Navy, sources say Gabriel is not averse in contesting the Assembly poll. In the event Gabriel finally decides to contest the election, he may have to lock horns with two other seamen, MLA Churchill Alemao and Capt Wenzy Viegas for the Benaulim seat. Any questions?﻿

Luizinho and the alliance debate

﻿His silence on Fatorda Cong candidates

﻿The issue of separate civic body

Will Neri’s campaigning in ward 7 work?

Keeping a close tab on this alliance