When Parrikar spoke his mind on Mopa airport 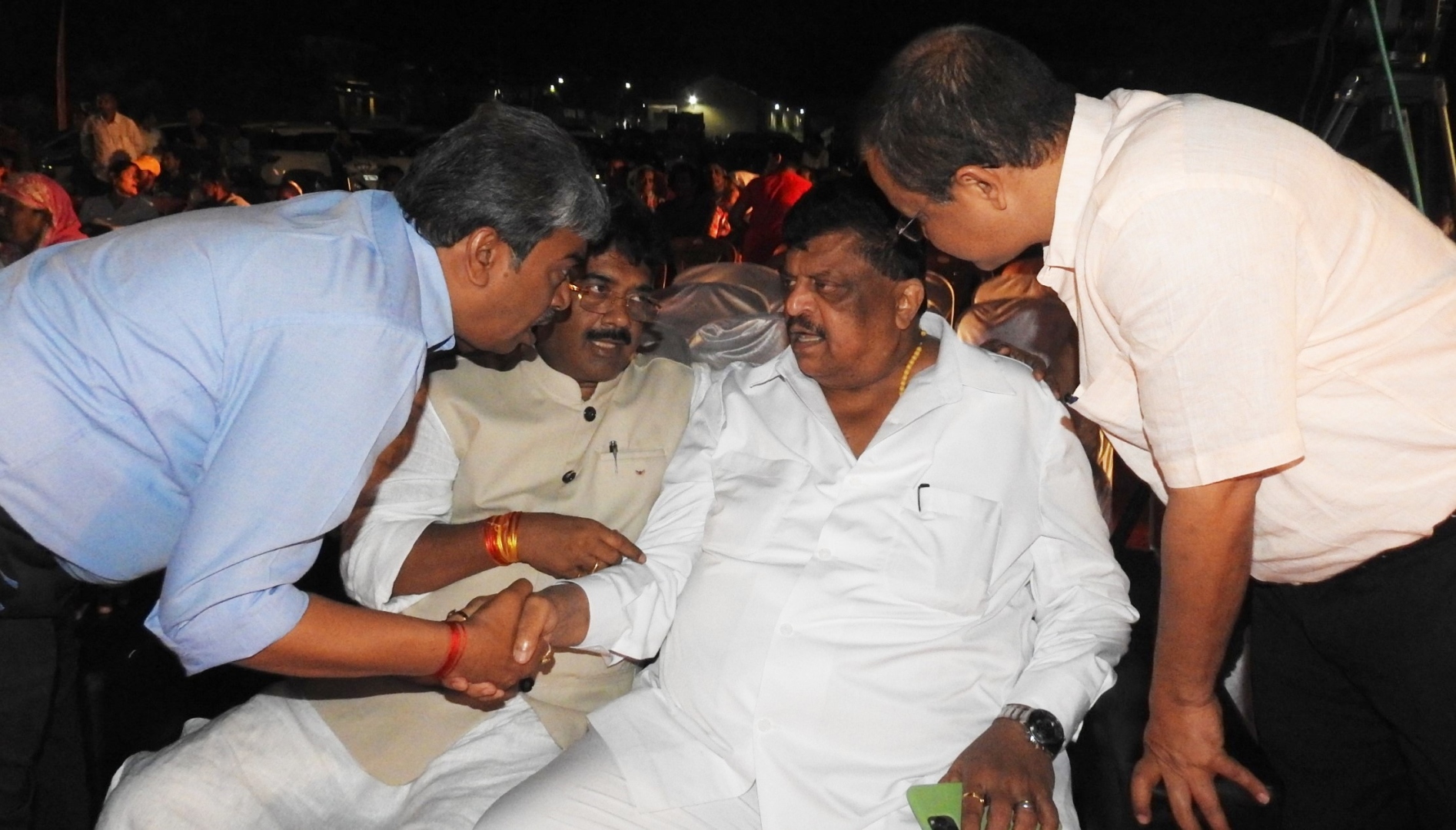 ﻿Amidst the row over the naming of the Mopa international airport, sources say the role played by ex-CM late Manoharbai Parrikar in giving the final push for Mopa in his own fashion, cannot be ignored. Sources recalled Manoharbai was attending a programme at the Old South Goa Collectorate, Margao when scribes sought his views over Mopa given the agitation in Saxttidom. Manoharbai was point blank in asserting that Salcete and South Goa do not represent the entire Goa. This one statement not only had all the portents of polarisation into a North-South divide, but also checkmate parties, with stakes in North Goa, from opposing Mopa. Since then, there’s been no looking back for Mopa. Any takers?

Venzy seems firm on getting Cabral sacked from Cabinet

Aam Aadmi Party Venzybab Viegas seemed determined to fight to the end till PWD Minister Nileshbab Cabral is sacked from the Cabinet. His police complaint against the PWD Minister and officials heading the Pollution Control Board and Sewage Infrastructure Development Corporation suggests the Benaulim MLA isn’t going to rest till Nileshbab gets a boot. The only question that remains unanswered is whether CM Pramodbab Sawant will accept the AAP MLA’s demand. Wait and watch as  Venzybab mulled further action against Nileshbab.

Mickky keeping cards close to chest on his future plans

Has flamboyant Mickkybab Pacheco kept his plan to embrace the saffron brigade on hold after Nuvem Congress MLA Aleixobab Sequeira joined the BJP around two months ago? Well, speculations were rife in Nuvem constituency that Mickkybab may embrace the ruling dispensation around two months ago. What had fueled speculations was that Mickkybab had invited Chief Minister Pramodbab Sawant and party chief Sadanandbab  Tanavade to witness the football finals in his home village Betalbatim. Ask the former MLA about his plans and he says to wait and watch.

What’s the BJP game plan in Curtorim, where the party has a sizeable presence, but the Lotus is yet to bloom in the constituency? Well, Curtorim is presently represented by Independent MLA Reginaldbab Lourenco, a supporting partner of the BJP-led government. In the last election, the BJP had extended tactical support to Reginaldbab in a bid to defeat the Congress though the party had fielded its official candidate in Anthonybab Barbosa. That BJP leaders led by Sadanandbab Tanavade descended at the Manora grounds, Raia to partake in Anthonybab’s birthday party indicates the party has set its eye on Curtorim in Saxttidom after Navelim.

Churchill cynosure of all eyes at Barbosa’s b’day celebrations

Varca strongman Bab Churchill was the cynosure of all eyes at the BJP ST leader, Anthonybab Barbosa’s birthday celebrations. He was seated in the audience when BJP leaders all took the stage when the birthday boy cut the cake. After the cake-cutting ceremony, BJP leaders, party president Sadanandbab Tanavade, Narendrabab Sawaikar and Damubab Naik all headed to where Churchillbab was seating. They were seen huddled around the former Minister and were engrossed in some close discussions. Wait and watch.

Neo-BJP MLA planning to split Cong further for his gains?

Link between GFP at yatra and new Congress panels ruled out

When Vijai flew to Digvijay’s home state for Bharat Jodo