Both the teams started the game on a cautious note . St Anthony's Sports Club took a firm grip of the proceedings as their forwards launched a barrage of attacks but theirforwards muffed gilt edged chances .

The lone goal of the match came in the22 minute when striker Sneeden Rodrigues outwitted acouple of defenders and slotted past the rival goalkeeper.

Down by a goal , Panchwadi United SportsClub attacked potently but their strikers failed to keeptheir shots on target .

Post resumption, Panchwadi UnitedSports Club appeared to be a more dominant . Their forwards swarmed therival territory but they lacked the killer instinct . They spurn agolden chance midway in the second half when their rival defender handledthe ball inside the penalty box and the resultant spot kick taken byAroon Fernandes was well blocked by the Colva goalkeeper .

At the other hand, St Anthony's SportsClub had scoring chances to increase their tally but their forwardsfrittered away from hand shaking distance . 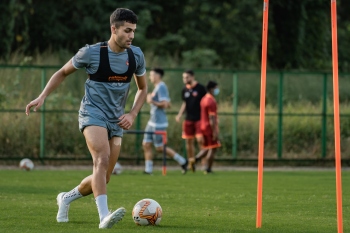 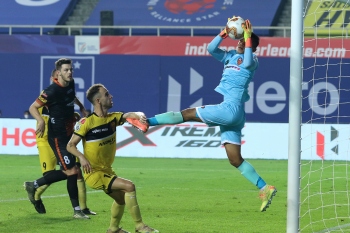 ﻿Goa leave it late to end year on high