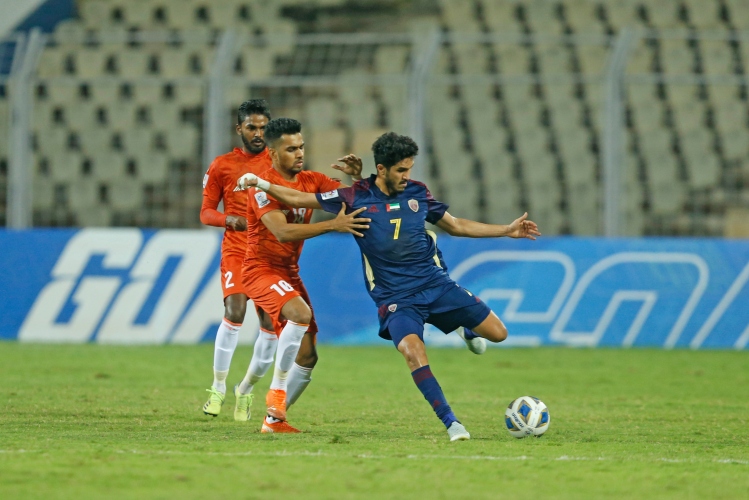 MARGAO
FC Goa ended their historic AFC Champions League campaign with a creditable third-place finish in a strong Group E despite a 0-2 loss against Al Wahda in their last match at Nehru Stadium, Fatorda, on Thursday night.

The Gaurs were already assured of a top-three finish before the kick-off after Iranian champions Persepolis (15 points) beat Al Rayyan (2 pts) 4-2 to win the group and advance to the Round of 16. It also meant that the Qatari club finished last behind FC Goa (3 pts). Al Wahda (13 pts), meanwhile, are in a favourable position to advance to the next round as one of the best three second-placed finishers.

The impressive debut campaign of the Goan club in the continental showpiece was capped with another incredible feat as FC Goa fielded an all-Indian squad helmed by assistant coach Clifford Miranda for the concluding fixture. The Gaurs were forced to make the move after they allowed their head coach Juan Ferrando and the foreign players to leave the country to avoid being locked down in India, which is facing an alarming rise in Covid-19 cases and is facing travel bans from European countries.

Al Wahda started brightly, with Lee Myung-joo making an attempt from a difficult angle from the right misses to the left. That was to set the tone for the match as Al Wahda poured forward in search of the opening goal while FC Goa were content to soak up the pressure.

FC Goa goalkeeper Dheeraj Singh, who has been a revelation in the 2021 AFC Champions League, was kept busy with the custodian first denying Tim Matavz's right footed shot with his feet and then diving full stretch to turn Omar Khrbin's header in the 29th minute for a corner. Such was Al Wahda's domination that the half time stats read 12 shots on target to FC Goa's three but crucially, the score remained level.

Having seen his side control the match without being rewarded, head coach Henk ten Cate sent his team out with the same instructions - to press on for the goal they desperately needed. Al Wahda seized control immediately and Lee Myung-joo came close just two minutes in, with his effort just missing the left upright. Dheeraj Singh came to FC Goa's rescue once again in the 52nd minute, saving with his palm after an exchange of passes saw Khrbin through on goal.

FC Goa's resistance, however, was finally broken in the 61st minute when Glan Martins lost the ball in midfield, with Matavz surging into the box before relaying the ball to Khrbin, who slotted home. FC Goa suffered a blow in the 69th minute when Dheeraj Singh had to be replaced by Naveen Kumar with the substitute beaten by Mohammed Al Menhali just before the final whistle as Al Wahda clinched the win they needed.

Earlier, Persepolis secured top spot in the group as Yahya Golmohammadi’s side bounced back from their loss against Al Wahda to hand Al Rayyan a 4-2 defeat that ensured their passage to the Round of 16.

The two-time finalists had slipped to a 1-0 loss to the club from the United Arab Emirates in their last match, but they claimed all three points against Laurent Blanc’s bottom-placed side after a nervy second half.

Shahriyar Moghanlou opened the scoring in the 27th minute having earlier hit the crossbar with a header before Ehsan Pahlavan doubled the Iranian side’s advantage seven minutes later. But two goals from Yohan Boli kept Al Rayyan in contention in the second 45 minutes and Persepolis needed further efforts from Hossein Kanani and Isa Alkasir to confirm their fifth victory in six games in the group phase.

The Iranian club had been dominant throughout the opening quarter of the game, with Moghanloo heading Vahid Amiri’s inviting cross against the woodwork having seen an earlier free-kick pushed to safety by Al Rayyan goalkeeper Fahad Younis. Golmohammadi’s side finally – and deservedly – broke the deadlock in the 27th minute when Moghanloo finished off a rapid break that saw Omid Alishah feed Mehdi Torabi down the left before receiving the return pass and setting up Moghanloo to score from the edge of the area.

Pahlavan made it 2-0 seven minutes later when he twisted and turned on the edge of the area, beating Al Rayyan defender Abdulrahman Al Korbi twice before slamming a low right-foot shot past Younis as Persepolis claimed the cushion their first half performance warranted.

Al Rayyan, however, rallied early in the second half when Boli netted from eight yards out after Persepolis goalkeeper Hamed Lak was only able to parry Ali Farydoon’s long-range attempt three minutes after the restart.

By the 68th minute the Iranians had restored their advantage. The Al Rayyan defence only partially cleared a corner, allowing Torabi to send over a curling centre towards the far post that Kanani headed past Younis.

Boli struck again 18 minutes from time when Yacine Brahimi’s initial shot was blocked by the Persepolis defence, but the Iranians claimed their fourth less than a minute later when Alkasir netted from seven yards out, finally sealing the win that guaranteed his team top spot in Group E.﻿﻿﻿ 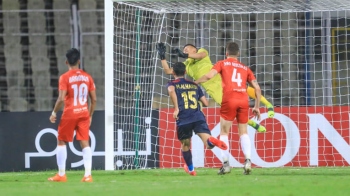 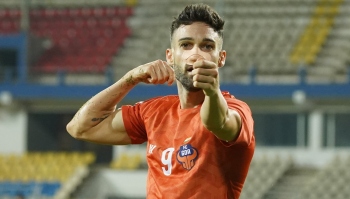 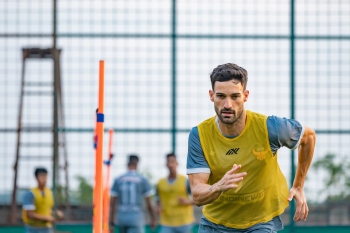