A smiling Mirabai Chanu made her towering presence felt with a record-smashing show while Sanket Sargar tasted big-stage success after years of toil as Indian weightlifters continued to produce sparkling performances at the Commonwealth Games, winning medals of all three hues here Saturday.
Olympic silver medallist Mirabai was expected to win a gold medal on the second day of the competition, and she did it with remarkable ease, shattering four records in a power-packed performance.
Literally owning the stage, Mirabai outshone the field by lifting 201kg (88kg+113kg), which was a humongous 29kg more than the second-placed Marie Hanitra Roilya Ranaivosoa's 172kg (76kg+96kg) from Mauritius, while Canada's Hannah Kaminski was behind by another one kilogram (74kg+97kg).
While others began in the range of 60s, Mirabai straightaway lifted 86kg in her first attempt to pull away from the field, and matched her personal best of 88kg in the second attempt. She went for a record-breaking 90kg, but could not succeed.
In clean and jerk, she began by lifting 109kg and that successful attempt sealed her and India's first gold. She returned for a successful 113kg lift, but could not complete the 115kg in her final try.
Partially fulfilling the promise he made to himself four years back, young Sargar won a silver in men's 55kg.
The 21-year-old managed a total lift of 248kg (113kg+135kg) to finish just one kilogram behind Malaysia's Mohamad Aniq, who smashed the Games record in clean and jerk as he lifted 249kg (107kg+142kg) to win the gold.
Sri Lanka's Dilanka Isuru Kumara 225kg (105kg+120kg) took home the bronze.
Sargar targetted a gold medal but injured his right elbow while attempting to lift 139kg in his second clean and jerk attempt to eventually settle for a second place.
For Sargar, who was managing a 'paan shop' with his father in Sangli, Maharashtra, it is a feat to cherish. Life has thrown challenges at him, but he accepted them with grace and found a way to overcome them with sheer dedication.
He had promised to himself while watching the CWG action in 2018 that he would win a medal in the next edition, though silver was not the colour he wanted.
“In training, I regularly lift 143kgs. I had to go for it as there was a gold at stake. I am not happy with myself because I have been training for the last four years only for the gold,” he said.
Later Gururaja Poojary, the silver medallist at Gold Coast 2018, finished third in 61kg to clinch India's first ever CWG medal in this weight category. It was a successful switch to an Olympic weight category as Gururaja had competed in 56kg in Australia.
He lifted 151kg in his final clean and jerk attempt to seal the bronze with a total lift of 269kg, edging out Canada's Youri Simard (119kg).
Malaysian Aznil Bidin shattered two Games records, lifting 127kg (snatch) and 158kg (clean and jerk), to successfully defend his 2018 CWG title with a massive lift of 285kg.
Papua New Guinea's Morea Baru won the silver lifting a total of 273kg (121+152). 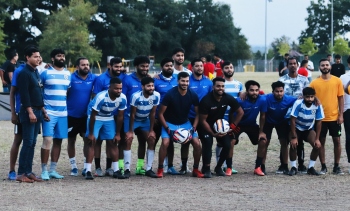 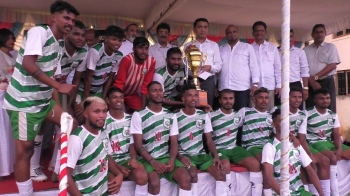