The Christian faith is from its very nature not restricted to one particular country, culture or race; she is universal and embraces all ages and generations 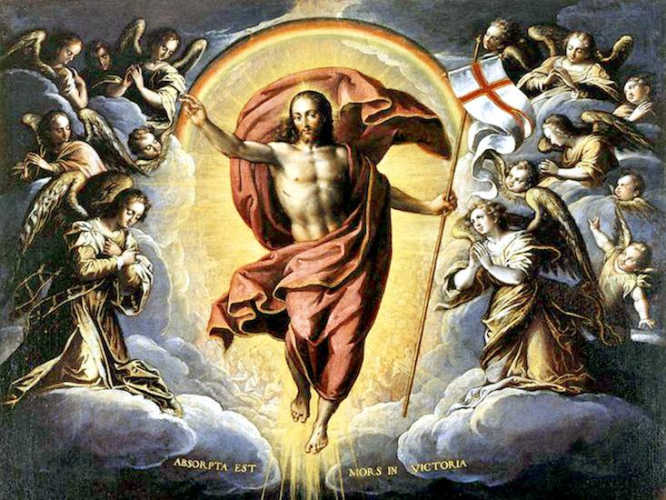 ﻿Christianity is in most of the countries and cultures of the world at home and is closely linked with the lives and aspirations of the faithful. The good news of salvation pertains not only to the soul, but encompasses the whole person, mind and body. The Christian faith is from its very nature not restricted to one particular country, culture or race; she is universal and embraces all ages and generations. It is inapt to say that she is a foreign or European religion. People who say that want to polarise and antagonise. Foreign is not the faith, which teaches about the universal brotherhood of men and the fatherhood-motherhood of God, but the attitude and behaviour of the one, who hates one’s sister and brother, because of her or his personal and sacred beliefs.

Much before Europe became Christian and Christianity took roots in Europe, the Middle East, Greece and the Asia-minor or North Africa had already flourishing Christian communities. Even in our own country, Christians were present from the very beginning. The apostle of Jesus, Thomas is said to come up to South India. No doubt, Jesus Christ was born in Bethlehem in present Palestine and his apostles and disciples were Jewish from present Israel, but the first disciples of Jesus were called Christians, not in Israel or in Palestine but in Antioch, in present Syria. Christianity is a religion that is not centred around the location of its origin. Geographical basis and cultural affinity become irrelevant in consideration of the fact that the believer himself becomes the living temple for God and His message. It is not the location but the living God in Jesus Christ, who is accessible everywhere and to everyone. How much do we Christians know Jesus, His divine nature and teaching? How much faith do we have and profess?

Old European cultures like the many other ethnic groups in the world had their own set of gods and goddesses. The ancient Greek, Roman and Germanic cultures had their own sacred cults and worship. They had their indigenous deities and sacred places. The One and Supreme God is surely not a national hero or national pride. Ancient Greek philosophy begins to question critically the existing religious practices and their world of deities. For the ancient Greek philosophers like Socrates, Plato and Aristoteles, the search for wisdom and truth became their ideals. They are the ones who questioned the whims and fancies of gods. Plato's Euthyphro Dilemma (399-395 BC) questions the notion of piety and the Divine command theory. The dialogue takes place on the day of trial for Socrates before the courthouse. Socrates tells Euthyphro that he is charged with crimes of corrupting the youth and for refusing the gods of the state, for impiety. In the following trial, Socrates will be proved guilty and condemned to die. It was a mob justice. The dialogue of Plato gives not only philosophical insights, but also offers impulses for the right understanding of religion and its practices.

It tries to differentiate between morality and religion. Socrates asks Euthyphro what he understands under, when he says, something is holy? Is it that, what is agreeable to gods? Is something holy or pious because gods approve it, or gods approve it because it is pious? In that case, it was difficult to ascertain, because gods themselves are not the same opinion. Euthyphro Dilemma is about the essence of religion and that is the main interest of Socrates. Whom do we try to appease or gratify in doing religious observances? Are we reasonable enough to question the traditions and practices or follow them blindly? Plato's dialogue becomes an eye-opener. Euthyphro was a pious person living a normal life. He considered himself as the one who enjoys the favour of gods. He performed religious rituals and practices for gods and deities. Socrates, by his method of inquiry and questioning, made him aware of the need to define things properly, like justice, piety and to know what gods really want from men. Faith and reason are not something, which are incompatible with each other and cannot be divorced from each other. Faith and Reason (Fides et ratio) are the grounds upon which the Doctrines of the Church are built.

Christianity as a faith had to wait nearly 300 years, before she was made the religion of the whole Roman empire. Erstwhile she had to face suffering and persecution until the great Roman emperor Constantine converted to Christianity in 312 and proclaimed the Edict of Milan in the year 313, which declared tolerance for Christianity in the entire Roman Empire. It belongs to the very core of Christianity that the followers of Jesus Christ experience discrimination, persecution and death. They face rejection and suppression even to this day, making it the most persecuted religious group in the world. The precise number of Christians, who are killed or suppressed because of their faith, remains unclear. Nevertheless, it is a fact that the attacks on Christians are on the rise. It is prophetic and belongs to the very life of Jesus Himself, who had foretold. “This is my Command to you. Love one another. If the world hates you, know that it hated me first” (John 15, 17-18). Or in the Gospel of St Matthew, “Then they will deliver you over to be persecuted and killed, and you will be hated by all nations because of my Name” (24,9). It is our weakness and our great strength, when others persecute and discriminate us because we believe and proclaim Christ. Christians are not to hate others and they shall love their enemies and adversaries, who maltreat them. Jesus has come to give life in abundance for all mankind. He lets the door of His heart always open for all. His way is the way of becoming small and suffering for others, instead of making others suffer. He says, “You have heard that it was said, ‘You shall love your neighbour and hate your enemy. But I say to you, Love your enemies and pray for those who persecute you. In that way, you will be acting as true children of your Father in heaven. For he gives his sunlight to both the evil and the good, and he sends rain on the just and the unjust alike” (Sermon on Mount, Mt 5,43-45). He follows the way of forgiveness and showing mercy.

It has been a great fascination for me to know about the courage and convictions of Christians to suffer and die for their Faith in Jesus Christ. Their willingness to sacrifice their life for Jesus is not primarily out of heavenly reward, but out their pure love for Jesus. The early Church was the Church of martyrs. It was in the Roman empire that the Christian persecution started in the very 1 Century AD. Christians who professed their Faith in one God could not offer sacrifices to the deified emperors or their deities; idolatry was abhorrent to their faith. The civic society punished the Christians for their heretic way of life. They accused them of treason, made false accusations against them and put them into prison. Some of the Roman emperors dealt brutally with the underprivileged and unpretentious group of Christians. The epic film “Quo vadis” (Latin, where are you going) depicts the cruel treatment given to Christians under the reign of Emperor Nero (54-68). The Christians were thrown before hungry and ravenous wild beasts in the amphitheater. The arena of the Colosseum in Rome came to be known as a monument consecrated to the martyrdom of the early Christians. Nothing could move their Faith in God, no persecution, trial and torture. In the same way, the fate of Christians in Japan in the 17th Century, presents the historical epic film von Martin Scorsese “Silence” from 2016. Christians were forced into to apostasy, to renounce their Christian Faith through severe torture. St. Francis Xavier was the first Christian who entered Japan and preached the Gospel. The French film with its original Title “Des hommes et des dieux” (About men and gods) tells about the killing of seven Catholic Monks in Algeria in the year 1996. The Word of the Holy Scripture is the living testimony: “Do not fear those who kill the body; they cannot touch your soul. Rather fear Him who can destroy both soul and body in hell” (Mt 10,28).
I am a great fan and admirer of the new Christian sisters and brothers, because of their strong faith. Who are they? They are the ones who have accepted Jesus Christ as their Lord and Master not through their family, conversion or mission activities, but through the situations and crisis in their lives. Confronted with great familial and relational problems, sickness and doubts in original faith, they longed for Jesus as the Son of God. These people are well educated and economically well settled. For me and us as Christians, it is inconceivable to put God to test. Out of their desperate situation, they cried out; if you are the real and living God, then show yourself to me and I will accept you. This they did not just to test God, but out of their deepest need and despair. Some of these people got direct divine confirmation. They made a living experience with Jesus, with the Divine and that became for them the bedrock of their conviction. About their encounter and their faith experience there are enough videos in You-tube and articles.
Plato's Dialogue has not lost its actuality in our times. What we consider as holy, is more than our own imaginations. Religion can be used to manipulate others and their feelings. It is a mental and spiritual exploitation of innocent people. Religion should not be made an instrument for ideological indoctrination. Every religion should protect the dignity of men and its fundamental human rights. The right to worship belongs to the universal declaration of human rights. Every politician should respect these inalienable rights of every human being. Politicians and political parties are not the custodians of religious faith. What are the motives behind their public religious fervour? Do they have the right notion of God and religion? There is always the danger of transgression. Religion can be misused for political popularity and personal gains. It is a crime against human rights and human dignity. Jesus had warned against such people who make a show of their religious convictions and bigotry, when He said. “Beware of false prophets, who come to you in sheep's clothes, but inwardly are ravenous wolves” (Mt 7,15). Nobody can cheat and deceive God, no matter how smart they are. Then the greatest smartness of men is foolishness in the eyes of God. They may cheat and manipulate their voters and gain temporary political victory, but morally and religiously, they are depraved persons. They have not understood Dharma, the divine law. Dharma is the duty to do the right thing, to follow the rules of life. Truthfulness and justice belong to it. This eternal and universal moral law of nature is for all: “Bonum faciendum, malum vitandum”: Do good and avoid evil. 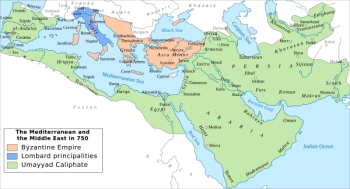 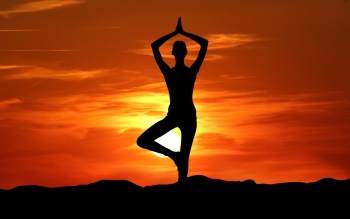 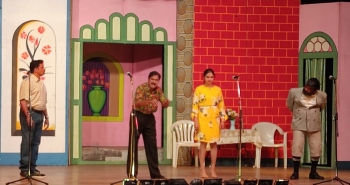