Earth and its life forms were created in six days, according to the Book of Genesis. The Homo Sapiens and their environment were beautiful, which was filled with a variety of plants and animals, so they could live peacefully by gathering plant produce and hunting. With evolutionary transition came the modern human who adapted to animal-skin-based clothing, cooked food, the shelter of tents, nomadic lifestyle, and personal adornment. Gradually with expansion in the population and for better prospects, men began exploiting natural resources to become wealthy and powerful. Today, men are living more for their greed, rather than for their needs. With this insatiability, men have chemically polluted the environment, over-exploited the minerals and water resources, over-fished the marine resource, and to hide it all he used muscle and money power to silence his wrongdoings.

Realizing the need to protect the Earth and its environment, a revolutionary movement of the American civil society began on April 22, 1970. It was Rachel Carson’s New York Times bestseller Silent Spring in 1962 that raised public awareness and concern for living beings, the environment, and the inextricable links between pollution and public health. Americans were consuming vast amounts of leaded gas through massive and inefficient automobiles and industry belched out smoke and sludge. Air pollution was generally acknowledged as the smell of prosperity. At this point, US Senator Gaylord Nelson from Wisconsin launched this initiative to create public awareness. Till 1989 only the USA celebrated Earth Day, but from April 22, 1990, it became a global event. The aim is to connect individuals involved in protecting the planet and devise measures for preventing disasters that are occurring more often due to climate change and environmental devastation.

50 years on, the Earth Day message is loud and clear: Save the earth. It can inspire us to reduce sewage in the form of plastic. Humans have created 8.3 billion metric tons of plastics since large-scale production of the polymer began in the early 1950s and of this, 60–80% remains in landfills for hundreds of years, as most plastics do not biodegrade. According to a study published in Science about 8 million metric tons of plastic entered the oceans in 2010. Plastics are reinforced with chemicals, so when the plastic waste is left in an environment for long durations, these can easily reach out and contaminate the environment. In the aquatic environment, the microplastics laced with additives is ingested by fish enters the human body causing a range of sickness. Plastic being a petroleum-based material, its incineration in an unscientific manner releases dangerous substances such as heavy metals, Persistent Organic Pollutants, and other toxics into the air and ash waste residues which contribute to the development of asthma, cancer, endocrine disruption, and the global burden of disease.

Earth Day also reminds us of global warming caused by the increase in greenhouse gasses which has led to long-term heating of Earth’s climate system since the pre-industrial period (between 1850 and 1900) due to human activities, primarily fossil fuel burning in automobiles and industries. A rise of air temperature by about a degree has changed the global scenario: the glaciers have shrunk, ice on rivers and lakes is breaking up earlier, plant and animal ranges have shifted, trees are flowering sooner, loss of sea ice from Greenland and Arctic, accelerated sea-level rise and longer, more intense heat waves. If global warming continues unchecked, summer monsoon rainfall in India will become stronger and more erratic. Extreme rainfall, for example, bears the risk of flooding, and crop failure. Higher holding capacity of moisture of the warmer air, and more complex phenomena like cooling in the higher atmosphere changes atmospheric pressure and thereby rainfall patterns. Global warming could cause frequent and severe failures of the Indian summer monsoon in the next two centuries, thereby putting humans and animals in shortage of water.

Earth Day can inspire people to reduce the wastage of potable water. An estimated 20 to 30 million litre per day is wasted in Goa through the washing of vehicles, watering gardens, and lawn and leakages. Instead of depending on public water supply, colonies can devise rainwater harvesting projects, harvest solar energy by installing solar panels on rooftops/open spaces. It is also an opportunity to recycle kitchen and garden waste into organic fertilizers. The Khazan land, which is a treasure to our people from our ancestors, should be used for growing paddy, cultivating prawns, and panning salt. Every citizen should stop illegal land conversion or filling-up of low-lying areas which act as catchment areas for groundwater charging, cutting of hills for constructions and/or extracting mud/laterite stones, the release of raw sewage into aquatic systems.

A clean and green Earth will require aggressive efforts of government and people. This includes investing in natural climate solutions - conservation and land management strategies. We can produce enough food and energy to meet the growing population while achieving habitat protection commitments, reducing greenhouse gas emissions in line with the Paris Agreement climate targets, ending overfishing, reducing water stress, and improving air quality. By making changes to our production systems, we can achieve a more sustainable future - a planet that can support the growing population and millions of other life forms that will call Earth home by the middle of this century. 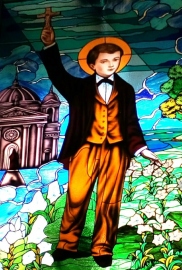 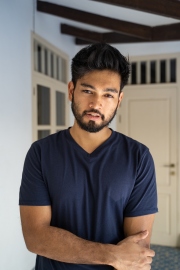 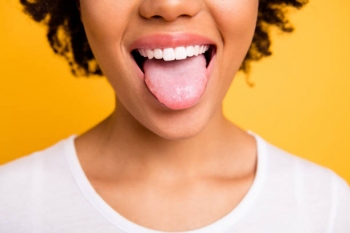