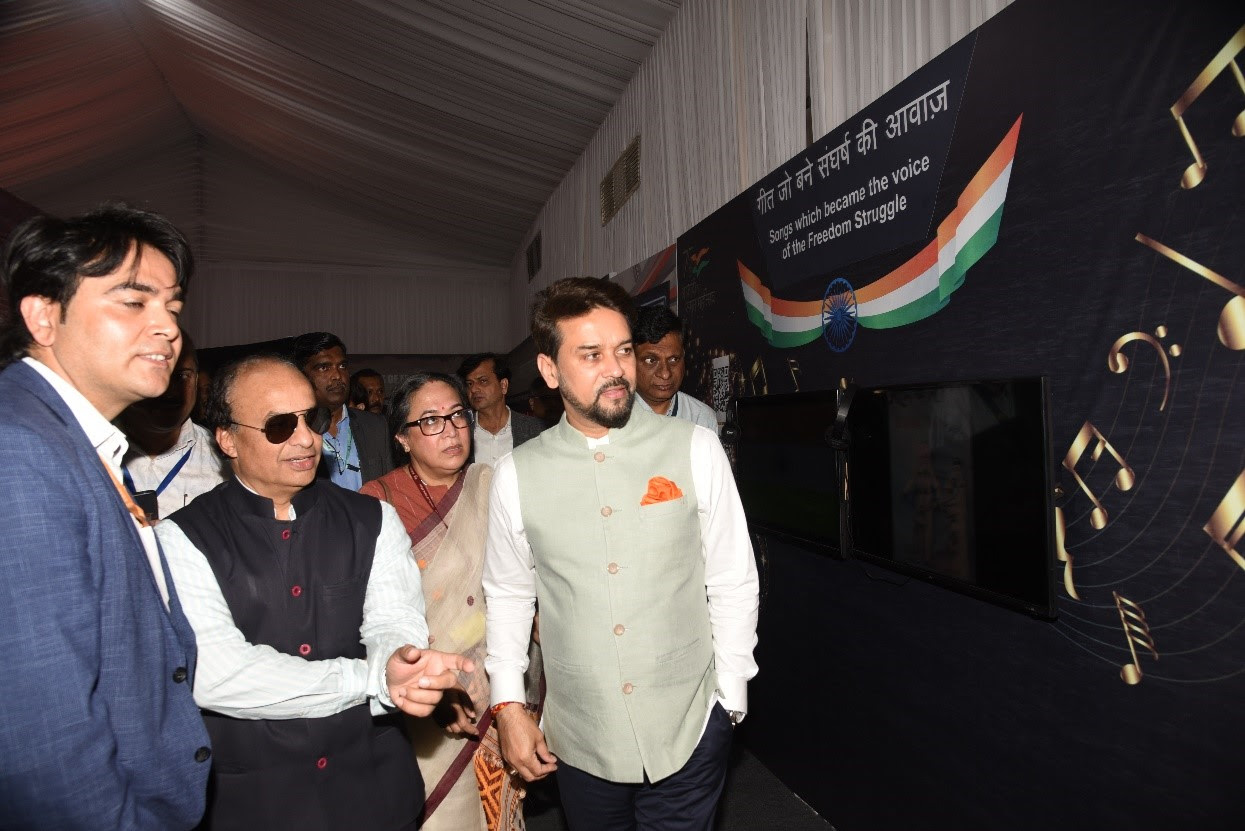 Union Minister for Information and Broadcasting Anurag Singh Thakur at the ‘Freedom Movement and Cinema’ exhibtion at IFFI.

This year’s IFFI has put up unique exhibitions and one of them is a special one - ‘Freedom Movement and Cinema’ - put up by the Central Bureau of Communication which is attracting people with its unique immersive experience.

“The multi-media digital exhibition tells the complete story of India's freedom struggle using many technological innovations. It is an inspiration for everyone who visits and particularly for the students, who can gain so much of information about our inspiring leaders,” stated Union Minister for Information and Broadcasting Anurag Singh Thakur while inaugurating it at the Campal football ground on Monday.

The exhibition conceived by the CBC team under the overarching theme of ‘Azadi Ka Amrit Mahotsav’ sports a facade in the form of camera-lens. As one enters the exhibition hall, a large 12 x 10 feet LED screen displays clips of the popular Doordarshan series 'Swaraj' which profiles the life and contributions of various freedom fighters against colonial rule.

Moving forward, rare footage related to the freedom movement covering the 1857 War of Independence, Raja Ram Mohan Roy, Netaji Subhash Chandra Bose, Kalapaani, Bhagat Singh and Chandrashekhar Azad are displayed. Most of these footages have been sourced from the rich archive of the films division.

An immersive theatre on the 1857 War of Independence is a unique experience that is to be seen and felt, even as the virtual reality set helps you witness the Kakori train action in a new way.

A flip poster exhibition depicts the films that were inspired by the Freedom struggle and that contributed in nation-building. ‘Udaykaal’, ‘Upkaar’, ‘Mother India’, ‘Bose, the Forgotten Hero’ are some examples. The CBC exhibition also displays the ‘Azadi Quest’ game and the newly launched Netflix animation series on freedom fighters.

The display part of the exhibition ends with Discovery's Journey of India, which tells the story of how the nation has progressed in multi-dimensional fields. At the centre of the exhibition hall is the symbolic Shahidi Kuan or Martyr's Well of Jalianwala Bagh, where one can pay tributes to all the well-known and unsung heroes of India's freedom struggle.

India is one of the largest film-making countries in the world, and International Film Festival of India (IFFI) is Asia’s biggest film festival. Hence producers come here to engage, and collaborate with filmmakers in India, making IFFI the right platform for the initiative of Film Bazaar. Underlying this, at the inauguration of film Bazaar, Union minister for Information and Broadcasting Anurag Singh Thakur shared his vision of India becoming a large marketplace for film industry. “At IFFI there will be ample opportunities to find co-producers and collaborators for films. We aim to become a large marketplace where films can be made and sold,” said Thakur.

Recognising the efforts of NFDC, Thakur welcomed the changes and new initiatives introduced in this year’s IFFI. He also invited suggestions and ideas to make IFFI further bigger and better. Film Bazaar claims to be the largest South Asian film market, and it encourages creative and financial collaboration between the South Asian and international film communities. 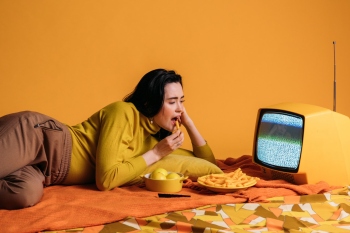 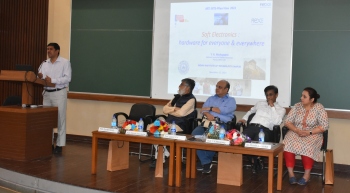 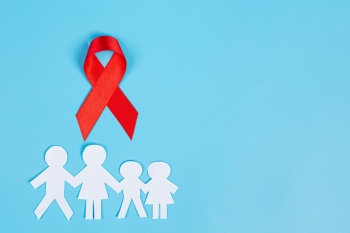 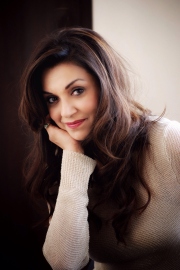 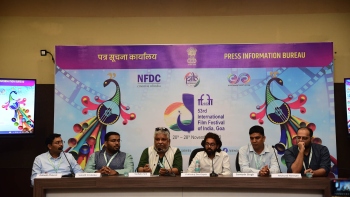 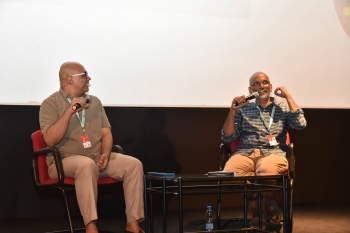