The word ‘emergency’ usually refers to something critical that has to be urgently attended to. However, in India ‘The Emergency’ refers to a 21-month period from 1975 to 1977 when a state of emergency was declared across the country.

The ‘Emergency’ was officially issued by the then president Fakhruddin Ali Ahmed under Article 352 of the Indian Constitution. The reason stated was the prevailing ‘internal disturbance’ in the country. The Emergency was in effect from June 25, 1975, to March 21, 1977.

The order bestowed upon the Prime Minister the authority to rule by decree, allowing elections to be cancelled and civil liberties to be suspended. For much of the Emergency, most of Indira Gandhi's political opponents were imprisoned and the press was censored. Several other human rights violations were reported from the time, including a mass forced sterilization campaign spearheaded by Sanjay Gandhi, the Prime Minister's son. It is admitted by all that the Emergency was one of the most controversial periods of independent India's history.

The final decision to impose an emergency was proposed by Indira Gandhi, agreed upon by the President of India, and thereafter ratified by the Cabinet and the Parliament (from July to August 1975), based on the rationale that there were imminent internal and external threats to the Indian state.

Raj Narain, who had been defeated in the 1971 parliamentary election by Indira Gandhi, lodged cases of election fraud and use of state machinery for election purposes against her in the Allahabad High Court. Shanti Bhushan fought the case for Narain. Indira Gandhi was also cross-examined in the High Court which was the first such instance for an Indian Prime Minister.

On June 12, 1975, Justice Jagmohan Lal Sinha of the Allahabad High Court found the prime minister guilty on the charge of misuse of government machinery for her election campaign. The court declared her election null and void and unseated her from her seat in the Lok Sabha. The court also banned her from contesting any election for an additional six years. Serious charges such as bribing voters and election malpractices were dropped and she was held responsible for misusing government machinery and found guilty on charges such as using the state police to build a dais, availing herself of the services of a government officer, Yashpal Kapoor, during the elections before he had resigned from his position, and use of electricity from the state electricity department.

The court unseated her on comparatively frivolous charges, while she was acquitted on more serious charges. Her supporters organised mass pro-Indira demonstrations in the streets of Delhi close to the Prime Minister's residence. The persistent efforts of Narain were praised worldwide as it took over four years for Justice Sinha to pass judgement against the prime minister.

Indira Gandhi challenged the High Court's decision in the Supreme Court. Justice V R Krishna Iyer, on 24 June 1975, upheld the High Court judgement and ordered all privileges Gandhi received as an MP be stopped, and that she be debarred from voting. However, she was allowed to continue as Prime Minister pending the resolution of her appeal. Jayaprakash Narayan and Morarji Desai called for daily anti-government protests. The next day, Jayaprakash Narayan organised a large rally in Delhi, where he said that a police officer must reject the orders of government if the order is immoral and unethical as this was Mahatma Gandhi's motto during the freedom struggle. Such a statement was taken as a sign of inciting rebellion in the country. Later that day, Indira Gandhi requested a compliant President Fakhruddin Ali Ahmed to proclaim a state of emergency. Within three hours, the electricity to all major newspapers was cut and the political opposition arrested. The proposal was sent without discussion with the Union Cabinet, who only learnt of it and ratified it the next morning.

The Government cited threats to national security, as a war with Pakistan had recently been concluded. Due to the war and additional challenges of drought and the 1973 oil crisis, the economy was in poor condition. The Government claimed that the strikes and protests had paralysed the government and hurt the economy of the country greatly.

After a quick question regarding a procedural matter, President Fakhruddin Ali Ahmed declared a state of internal emergency upon the prime minister's advice on the night of June 25, 1975, just a few minutes before the clock struck midnight.

As the constitution requires, Gandhi advised and President Ahmed approved the continuation of Emergency over every six months until she decided to hold elections in 1977. In 1976, Parliament voted to delay elections, something it could only do with the Constitution suspended by the Emergency.

Invoking Article 352 of the Indian Constitution, Indira Gandhi granted herself extraordinary powers and launched a massive crackdown on civil rights and political opposition. The Government used police forces across the country to place thousands of protestors and strike leaders under preventive detention. Vijayaraje Scindia, Jayaprakash Narayan, Raj Narain, Morarji Desai, Charan Singh, Jivatram Kripalani, Atal Bihari Vajpayee, Lal Krishna Advani, Arun Jaitley, Satyendra Narayan Sinha, Gayatri Devi, the dowager queen of Jaipur, and other protest leaders were immediately arrested. Organisations like the Rashtriya Swayamsevak Sangh (RSS) and Jamaat-e-Islami, along with some political parties, were banned. Numerous Communist leaders were arrested along with many others involved with their party. Congress leaders who dissented against the Emergency declaration and amendment to the constitution, such as Mohan Dharia and Chandra Shekhar, resigned their government and party positions and were thereafter arrested and placed under detention.

According to Amnesty International, 1,40,000 people had been arrested without trial during the twenty months of Gandhi's Emergency.

Elections for the Parliament and state governments were postponed. Gandhi and her parliamentary majorities could rewrite the nation's laws since her Congress party had the required mandate to do so – a two-thirds majority in the Parliament. And when she felt the existing laws were 'too slow', she got the President to issue 'Ordinances' – a law-making power in times of urgency, invoked sparingly – completely bypassing the Parliament, allowing her to rule by decree.

Also, she had little trouble amending the Constitution that exonerated her from any culpability in her election-fraud case, imposing President's Rule in Gujarat and Tamil Nadu, where anti-Indira parties ruled (state legislatures were thereby dissolved and suspended indefinitely), and jailing thousands of opponents.

The 42nd Amendment, which brought about extensive changes to the letter and spirit of the Constitution, is one of the lasting legacies of the Emergency.

In the conclusion of his Making of India's Constitution, Justice Khanna writes: If the Indian constitution is our heritage bequeathed to us by our founding fathers, no less are we, the people of India, the trustees, and custodians of the values which pulsate within its provisions! A constitution is not a parchment of paper, it is a way of life and has to be lived up to. Eternal vigilance is the price of liberty and in the final analysis, its only keepers are the people. The imbecility of men, history teaches us, always invites the impudence of power.

A fallout of the Emergency era was the Supreme Court laid down that, although the Constitution is amenable to amendments (as abused by Indira Gandhi), changes that tinker with its basic structure cannot be made by the Parliament.

In September 1976, Sanjay Gandhi initiated a widespread compulsory sterilisation programme to limit population growth. The exact extent of Sanjay Gandhi's role in the implementation of the programme is disputed, with some holding Gandhi directly responsible for his authoritarianism, and other writers blaming the officials who implemented the programme rather than Gandhi himself. It is clear that international pressure from the United States, United Nations, and World Bank played a role in the implementation of these population control measures. The campaign primarily involved getting males to undergo vasectomy. Quotas were set up that enthusiastic supporters and government officials worked hard to achieve. There were allegations of coercion of unwilling candidates too. In 1976–1977, the programme led to 8.3 million sterilisations, most of them forced, up from 2.7 million the previous year. The bad publicity led every government since 1977 to stress that family planning is entirely voluntary.

During the Emergency, Sanjay Gandhi asked the popular singer Kishore Kumar to sing for a Congress party rally in Bombay, but he refused. As a result, Information and broadcasting minister Vidya Charan Shukla put an unofficial ban on playing Kishore Kumar songs on state broadcasters All India Radio and Doordarshan from 4 May 1976 till the end of the Emergency.

The role of RSS

Rashtriya Swayamsevak Sangh, which was seen as close to opposition leaders, was also banned. Police clamped down on the organisation and thousands of its workers were imprisoned. The RSS defied the ban and thousands participated in Satyagraha (peaceful protests) against the ban and the curtailment of fundamental rights. Later, when there was no letup, the volunteers of the RSS formed underground movements for the restoration of democracy. Literature that was censored in the media was clandestinely published and distributed on a large scale and funds were collected for the movement. Networks were established between leaders of different political parties in the jail and outside for the coordination of the movement.

The attitude of senior RSS leaders about the Emergency was divided: several opposed it staunchly, others apologised and were released, and several senior leaders, notably Balasaheb Deoras and Atal Bihari Vajpayee, sought an accommodation with Sanjay and Indira Gandhi. Nanaji Deshmukh and Madan Lal Khurana managed to escape the police and led the RSS resistance to the Emergency. As did Subramanian Swamy.

Arun Jaitley, head of the ABVP in Delhi, was among the first to be arrested, and he spent the entire Emergency in jail. However, other ABVP leaders such as Balbir Punj and Prabhu Chawla pledged allegiance to Indira Gandhi's Twenty Point Programme and Sanjay Gandhi's Five Point Programme, in return for staying out of jail.

The role of CPI(M)

Members of CPI(M) were identified and arrested all over India. Raids were conducted in houses suspected to be sympathetic to CPI (M) or the opposition to the emergency.

Those jailed during the Emergency include the current general secretary of the Communist Party of India (Marxist), Sitaram Yechury, and his predecessor, Prakash Karat. Both were then leaders of the Students Federation of India, the party's student wing.

Other Communist Party of India (Marxist) members to be jailed included the current Chief Minister of Kerala Pinarayi Vijayan, then a young MLA. He was taken into custody during the Emergency and subjected to third-degree methods. On his release, Pinarayi reached the Assembly and made an impassioned speech holding up the blood-stained shirt he wore when in police custody, causing serious embarrassment to the then C Achutha Menon government.

Hundreds of Communists, whether from the Communist Party of India (Marxist), other Marxist parties, or the Naxalites, were arrested during the Emergency. Some were tortured or killed.

On January 18, 1977, Indira Gandhi called fresh elections for March and released a few political prisoners, many remained in prison even after she was ousted, though the Emergency officially ended on 21 March 1977. The opposition Janata movement's campaign warned Indians that the elections might be their last chance to choose between ‘democracy and dictatorship’

In the Lok Sabha elections, held in March, Mrs Gandhi and Sanjay both lost their Lok Sabha seats, as did all the Congress candidates in northern states such as Bihar and Uttar Pradesh. Many Congress Party loyalists deserted Mrs Gandhi. The Congress was reduced to just 153 seats, 92 of which were from four of the southern states. The Janata Party's 298 seats and its allies' 47 seats (of a total 542) gave it a massive majority. Morarji Desai became the first non-Congress Prime Minister of India. ﻿ 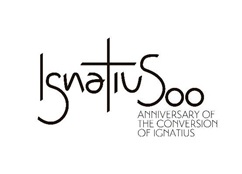 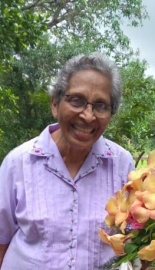 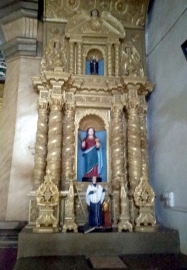