Devastation of wealth for owners of 46.11 square kilometers of private forests 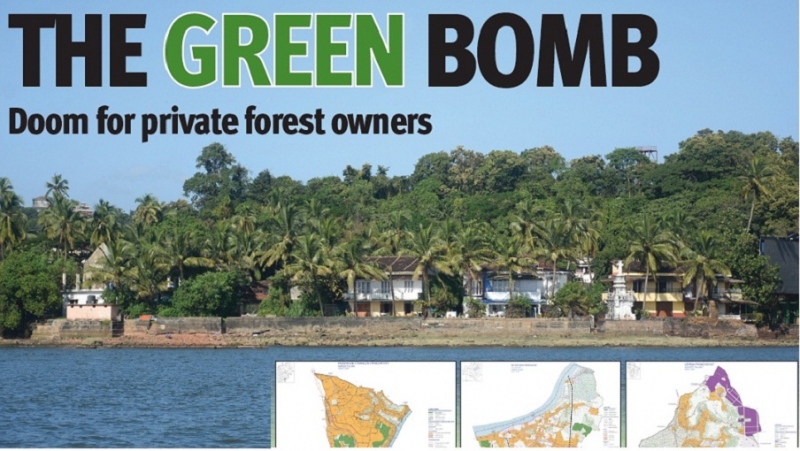 One man's meat is another man's poison. Precisely what the recent National Green Tribunal (NGT) judgement on private forests is proving to be. On one side, the greens are elated but on the other private land owners, the builders and real estate industry and the perennial what-is-in-it-for-me politicians are worried. THE GOAN gets down to the nitty-gritties and attempts to decipher the meandering course, in and out of courts, that this debate has taken over three decades and what freezing of 'private forests' particularly in urbanized landscapes of the Bardez, Salcete and Tiswadi talukas means.

When the National Green Tribunal (NGT) delivered its judgement, rejecting the State government's plea for more time, it capped one of the longest debates spanning over nearly three decades on whether vast tracts of land with vegetation held privately should be treated as forest or not. Its verdict was in the affirmative and with finality, once and for all, ending the ambiguity of multiple reports furnished by government-appointed panels to identify and demarcate such land which meet the criteria for demarcating them as forests.

It had all begun in 1990 when following a judgement of the Goa Bench of the Bombay High Court that 'private forests' are also to be covered by the Forest Conservation Act 1980, Goa's Forest Department set up criteria to identify these privately held forest lands. It is what triggered the debate, when the noted environmental NGO The Goa Foundation, questioned it on grounds that the criteria was neither approved by the State government nor by the Union Environment Ministry.

Years later in 1996, the Supreme Court of India delivered a similar judgement as that of the 1990 Bombay High Court verdict, extending the jurisdiction of the Forest Conservation Act, 1980, to forests all over the country, whatever the ownership.

The Supreme Court also asked all State governments to identify natural forests, including degraded forest lands, through 'expert committees' and laid down terms for the experts including to Identify forests even if they are not notified and irrespective of ownership.

It was then, that the Goa Foundation approached the High Court and secured a directive that no land within this 67-odd square kilometers of 'private forests' as identified by the Sawant and Karapurkar committees, is to be permitted to be developed or its land-use zoning altered.

The debate did not end there. With statutory town planning bodies of the Goa government kept granting development permissions multiple litigations were filed to challenge these projects some of which included the government-proposed IT Park at Socorro and Salvador do Mundo villages of Bardez and several other private housing and commercial projects, notably the DLF project at Chicalim and some other such projects at Sancoale, Ella in Tiswadi and Bethora in Ponda.

Proceedings in the courts related to these projects threw up serious questions whether there was finality to the task of identifying 'private forests' with the work done by the Sawant and Karapurkar committees. Accordingly, the State government set up  two more committees - one for North Goa and another for South Goa -- which eventually identified more 'private forest' areas.

Yet another litigation in the Bombay High Court dealt with the disparity in criteria as the what constitutes 'forest' adopted by the Goa Forest department through its various committees and that followed by the Forest Survey of India.

While the Goa forest department excludes land with lower than 40% canopy density and areas below 5 hectares from being identified as 'forest' the FSI has the "open forestâ€� which are lands with 10 per-cent and above canopy density. FSI also follows the minimum land size criteria of one hectare and above and not the 'five hectares and above' which the Goa Forest department does.

It said 'ground truthing' has thrown up only 3000 hectares -- approximately 30 square kilometers -- of privately owned land as forests. The court however transferred the matter to the NGT in 2013, which in turn ordered the State government to appoint another committee to examine the incongruencies between the Sawant-Karapurkar reports and the ground verification of the Forest Department.

It was then that Indian Forest Service (IFS) officer Ms Deepshikha Sharma was appointed by the Goa government to review the Sawant and Karapurkar reports as well as the ground verification report of the Forest department.

Sharma completed the work only in 2019 and presented the report to the State government in June last year identifying another 4.91 square kilometers in addition to the Sawant-Karapurkar identifed 67 square kilometers as private forest.

Interestingly, Sharma's report was rejected by the then Forest Minister, Vijai Sardesai, and also by the cabinet and yet another bureaucrat Anthony Dâ€™Souza, who is Joint Secretary (Revenue), and whose findings identified 1.04 square kilometers to be excluded from being demarcated as forest.

The NGT however rejected D'Souza's report. Instead, the NGT bench of Justice Sheo Kumar Singh and Satyawan Singh Garbyal, accepted the 46.11 square kilometers area identified in the Sharma Committee report to be confirmed as private forest.

Giving finality to its order, the NGT has directed Goa's Chief Secretary Parimal Rai to notify and make suitable entries in the Revenue records as per rules as soon as possible.

That is for the record. On ground zero, meanwhile, the order means devastation of wealth for individuals or families owning these 46.11 square kilometers of land. Hitherto called 'orchard' land, these were open for 'development' through the tried and tested administrative route of converting the land-use zoning by the Town and Country Planning Board, after which it is up for grabs to the highest bidder from the real estate industry. No more after the NGT order of August 18. To the individual land owner, it is a catastrophic wiping out of their wealth.

None-the-less with 'global warming' no longer merely a talking point but a seeming reality in the wake of extreme and unusual weather phenomenon, greens say it is a price people have to pay for the larger good of future generations.

This NGT judgement, however, may or may not be the last word on this constant onslaught on green patches of land perennially launched by the pressure of the demand to own homes in more wooded areas, away from the hustle and bustle of metros, cities and towns.

This brings into focus the three urban talukas of Bardez, Salcete and Tiswadi, where massive housing and other commercial projects are interspersed with large wooded and privately held tracts of land,  many of which are part of the 46.11 square kilometers now demarcated as 'private forests' by the NGT order. Will these private individuals take it as a fait accompli or will the government come under their pressure to seek modification of the NGT order and restore some of their lost wealth?

The government on its part, meanwhile, has resigned to the principle of the NGT judgement. Chief Minister Pramod Sawant has made it clear that inclusion of some parts of the areas covered  in the 46.11 square kilometers of private forests could be challenged but a final decision will be taken only after the Advocate General Devidas Pangam studies the judgement in toto and the forest department assesses the technicalities.

Apparently, the word of the NGT bench of Justice Sheo Kumar Singh and Satyawan Singh Garbyal (expert member) articulated in the August 18 judgement, may not be the last on this prolonged 'private forests' debate.

The Supreme Court had asked all State governments to identify natural forests, including degraded forest lands, through 'expert committees' and laid down terms for the experts

Identified 1.04 square kilometers of land to be excluded from being demarcated as forest area

>> Accepted the 46.11 square kilometers area identified in the Sharma Committee report to be confirmed as private forest

ORDER AND ITS CONSEQUENCE

>> Hitherto called 'orchard' land, these were open for 'development' through the route of converting the land-use zoning by the TCP

>> No more after the National Green Tribunal  order of August 18. To the individual land owner, it is a catastrophic wiping out of their wealth 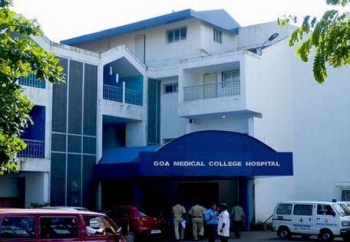