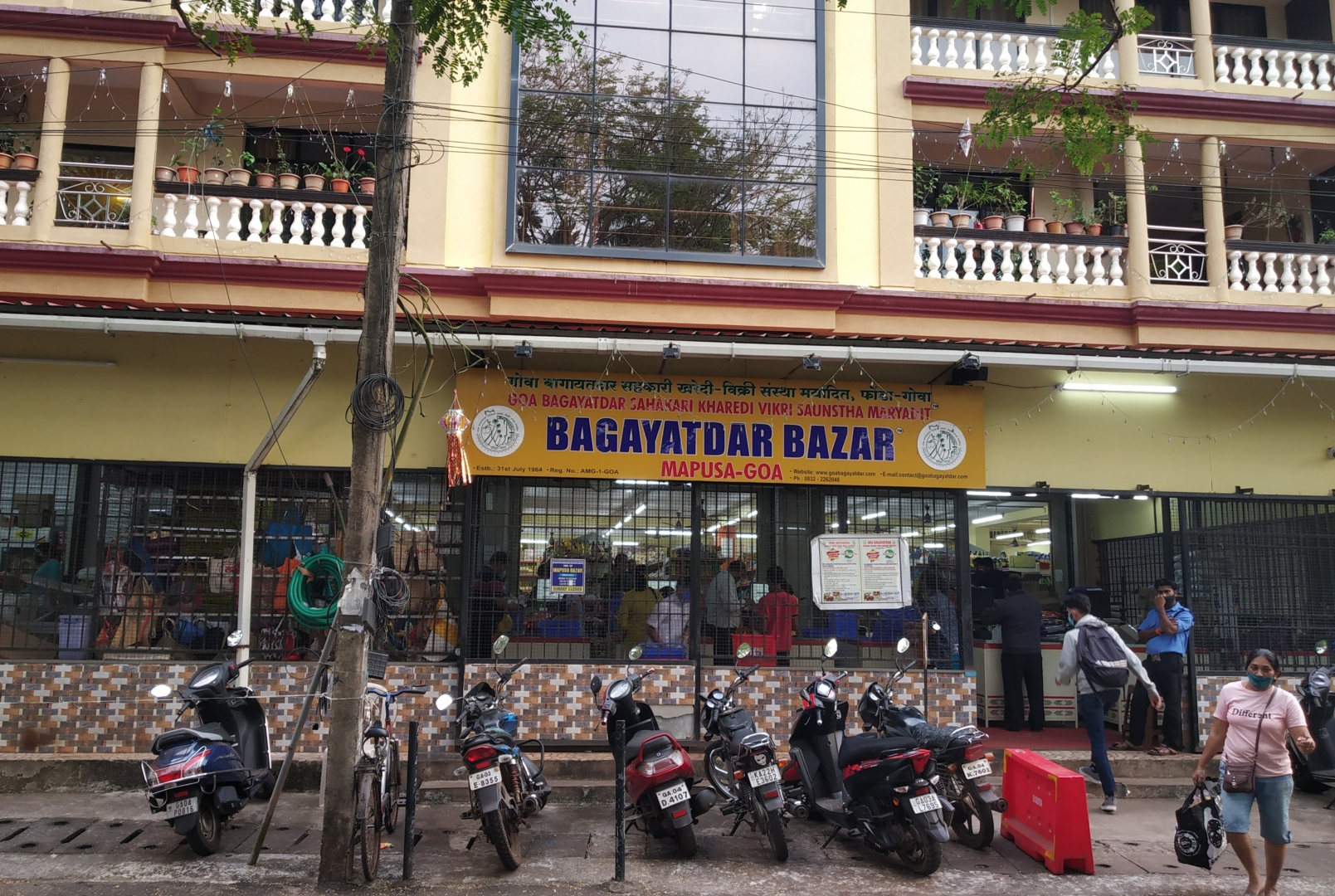 In a significant order which could have far-reaching consequences, the Mapusa Municipal Council has ordered the demolition of all illegal extensions carried out in a building premises used for commercial operation of the popular Goa Bagayatdar Bazaar at Shetya-vaddo, Mapusa.

“Under Section 184 (8) of the Goa Municipalities Act, 1968 you are ordered to remove/demolish all the illegal structures within 15 days failing which the council shall be compelled to undertake the work of the said demolition and the expenses incurred thereof shall be recovered from you as arrears of property tax/house tax,” Sawal said in his order.

The struggle to expose the blatant illegalities in the building began more than two years ago when locals Siddhi Naik and Jawaharlal Shetye complained to the Mapusa municipality regarding illegal encroachment of open space and space reserved for parking.

Following the complaints, a series of inspections were conducted by the Mapusa civic body and the North Goa Planning and Development Authority (NGPDA).

The civic officials in their inspection reports found that a mezzanine floor has been illegally erected for the entire ground floor and an illegal shed has been erected in the front side setback and the rear side setback without obtaining any permission from the council.

Similarly, the NGPDA also conducted a site inspection and reported total encroachments carried out in the building as opposed to the original approved plans.

After conducting personal hearings, the council gave an opportunity to the owner of the building, Rajmi Narvekar to regularize the mezzanine floor by approaching the competent authority which in this case was NGPDA.

“Ironically, instead of obtaining the requisite plans and approvals from the NGPDA, the owners used the system to manipulate and delay the entire proceedings of the case,” said Siddhi Naik, the complainant.

Finding the influential owners of the building using the system and political power to delay the matter, the complainant then approached the High Court through a writ petition.

The High Court directed the Mapusa civic body to expedite the proceedings and decide the matter on priority.

Surprisingly, the Goa Bagayatdar Bazaar has been operating its supermarket on the premises despite knowing that the premises had a host of illegal extensions.

MMC was under political pressure not to take action: Complainant

Nobody knows it better than the complainants who have fought and won the battle against the influential and powerful owners of Raj Raunak building and the political establishment.

Complainant Siddhi Naik told The Goan that political pressure from senior BJP leaders led to the delay in the inevitable against an obvious blatant illegality.

“There was tremendous pressure on the administration of the Mapusa Municipal Council. Besides, the owners used the system in a bid to frustrate us and delay justice,” said Naik.

Incidentally, building owner Rajmi Narvekar’s husband Rajesh Narvekar is a noted lawyer from Mapusa and has recently retired as the President of the Goa Administrative Tribunal.

The complainant said the order was a wake-up call and that nobody should indulge in illegal activities.

“This order shows that nobody is above the law. The building owner’s husband was a judge (President of Goa Administrative Tribunal) and he should have known this,” she said.

The Goa Bagayatdar Bazaar has been conducting its business without any parking facility in the area which virtually created traffic chaos on the road in front of the Bazaar.

Naik said because of the Narvekars, the popular Bagayatdar society which carries out a yeoman service to the society had to face the problem.

“The Bagayatdar management should recover the financial loss and damage caused to its reputation from the owners of the building. They should take legal action against them,” Naik opined.