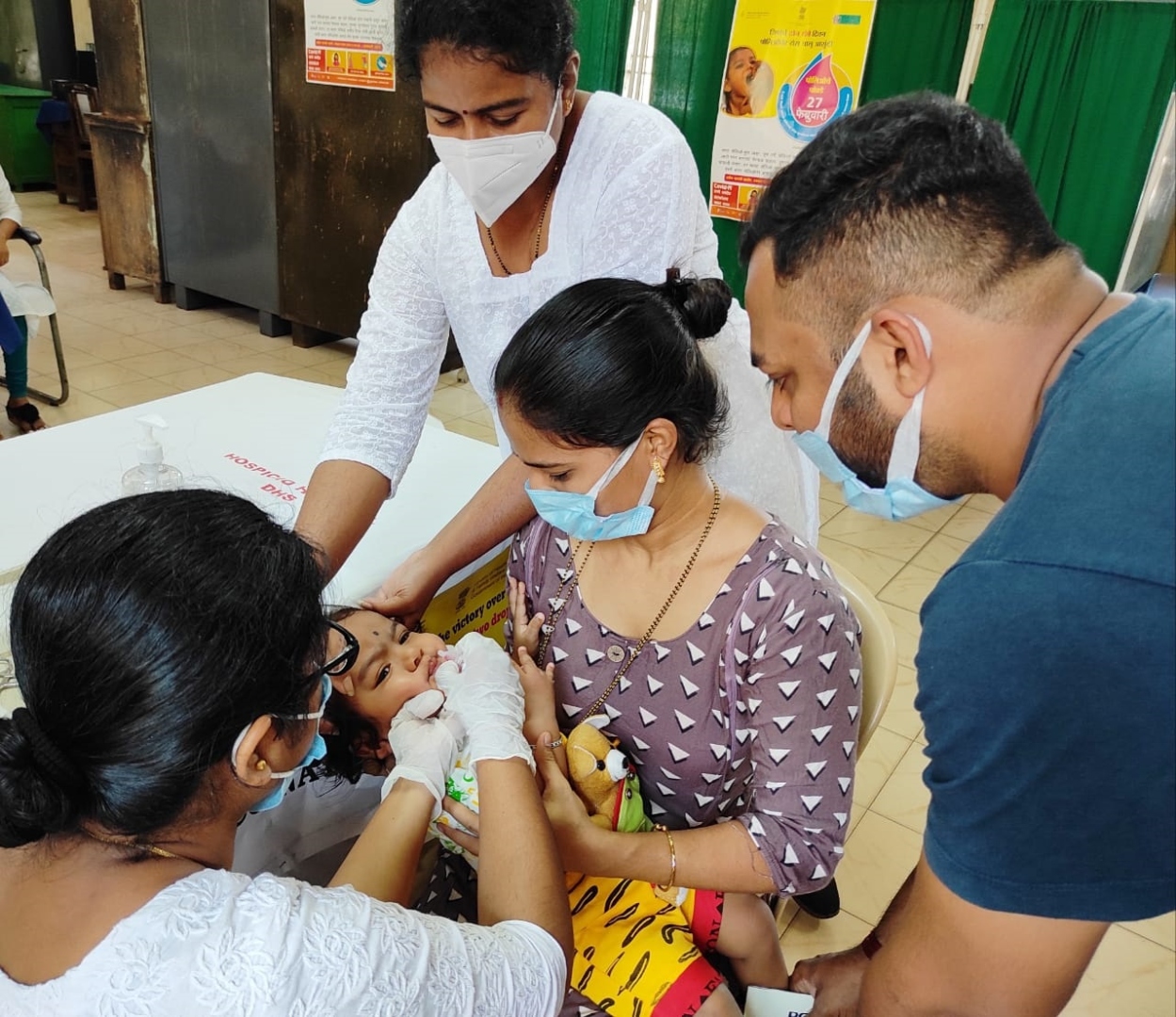 ﻿MARGAO
Margao Urban Health Centre’s coordinated drive to administer polio dose to children in the age group of 0-5 years evoked good response with the health teams administering doses to as many as 6,369 children on Sunday.

The health centre has set up 17 teams which will go house-to-house in the high risk areas of the city in the next two days to administer polio dose to children who missed out on the Sunday drive.

Margao Urban Health Officer Dr Succoro Quadros had set up around 32 booths across the city, besides mobile booths at the Margao railway station and the KTC bus stand, Margao. The drive, which began at 8 am ended at around 5 pm.

“Our health teams have administered doses to around 6,369 children in the age group of 0-5 years on Sunday. We had set up around 32 booths across the city, including booths at the railway station and at the bus stand,” Dr Quadros said.

He said the health teams received support from the Anganwadi workers as well as from the staff of Hospicio and TB hospital.

The Margao Urban Health Centre wore a colourful look with the entrance all decorated with balloons, to welcome parents and the children at the centre.

To a question, Dr Quadros said around 17 teams will move house-to-house in the city on Monday and Tuesday in order to ensure that children who could not get the polio dose on Sunday receive the same in the next two days. He has urged the people and the parents to cooperate with the health teams during their visit to the homes in the next two days.