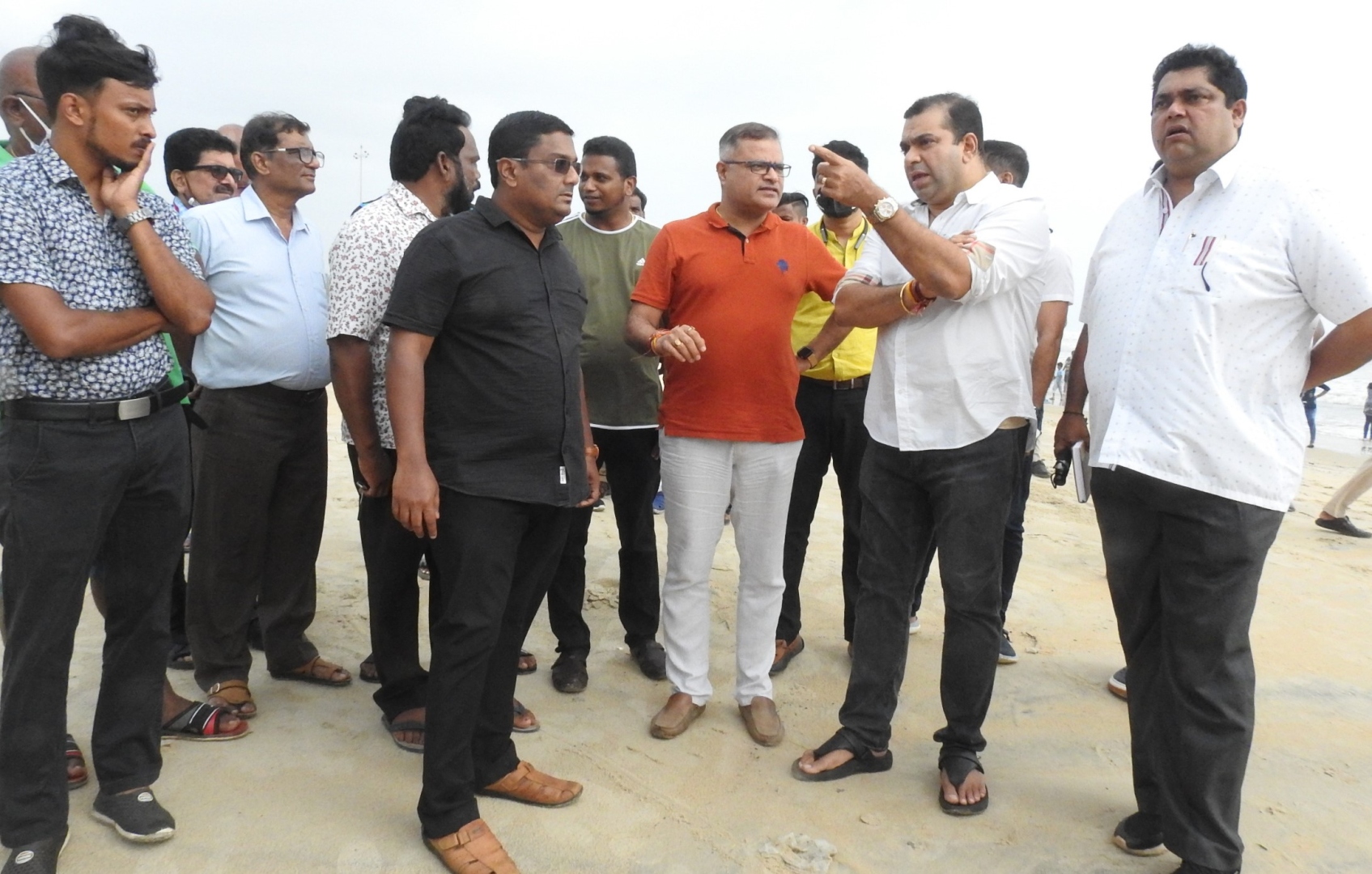 ﻿MARGAO
Asserting that Colva beach is the most preferred destination of tourists, Tourism Minister Rohan Khaunte on Saturday said the government would unveil the plan to make Colva an iconic beach within six months to a year.

Taking serious note of the sea erosion that has taken place at Colva beach this monsoons, with the creek water changing its course this year, eroding the beach, the Minister has expressed concern over the erosion of the State’s beach belt and has called for coordinated efforts by different agencies to handle the emerging situation.

He has promised to involve the district Collector, South in getting a detailed study carried out by the NIO or any other agencies to find out the cause of the beach erosion.

The Goan had highlighted how the changing course of the Colva creek waters has eroded the beach and caused damage to the gazebos and lamps along the Children’s park.

Making his presence felt at the Colva beach at the invitation of Benaulim MLA Venzy Viegas, Khaunte, accompanied by Curtorim MLA Reginaldo Lourenco, Tourism officials inspected the Colva beach, before inspecting the neighbouring beach belt of Sernabatim and Benaulim.

“We have plans to make Colva an iconic beach. The iconic plan would be unveiled in another six months to one year. Colva is one of the most beautiful beaches and we have to retain the same for posterity,” Khaunte said, adding that the government will take all steps possible to make Colva the preferred destination with all amenities. He also acceded to the request made by the Benaulim MLA to hold a tourism festival in South Goa as well.

On the erosion of the beach belt, Khaunte said the erosion also affects the environment and hence all the departments, including the district Collector and the Water Resources Department are involved in the exercise. He made this comment after Benaulim MLA pointed out that the creek waters had changed its natural course of entering the sea by flowing parallel to the Children’s park, eroding the beach.

“I will request the Collector to issue necessary directions to the agencies such as the WRD to take measures to stop the erosion,” he said.

The Benaulim MLA also raised the issue of maintenance of the illumination, pointing out that the lamps are falling due to the alleged sub-standard quality of the works. Responding to the allegation, the Tourism Minister promised to order an inquiry and fix responsibility.

‘Integrated plan to bring about better coordination amongst agencies’

MARGAO: Saying that a number of agencies are involved in looking after tourism activities on the beaches, Tourism Minister Rohan Khaunte on Saturday has mooted an integrated plan for better coordination amongst the agencies engaged in the beach belt.

Khaunte told the media that he has proposed an integrated plan to bring about better coordination amongst the agencies, including beach cleaning and life saving, etc. “There are around 4-5 different agencies looking after the beaches. There is no integration amongst these agencies as a result of which many things do not fall in place”, he said, adding that the integrated plan will come into force in the coming tourism season.