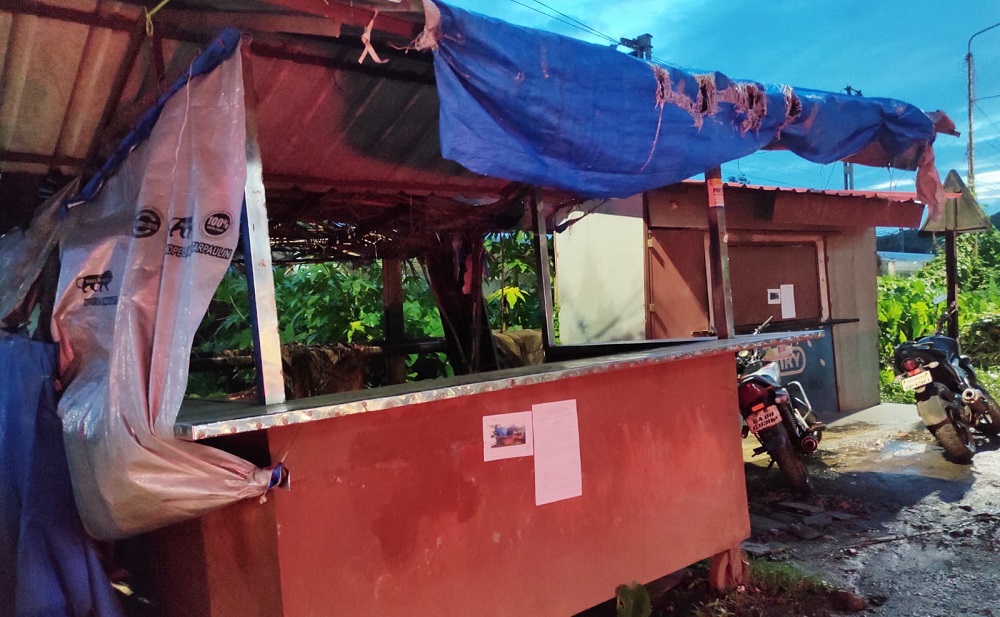 ﻿MARGAO
In an unprecedented action, the Public Works Department, Roads has finally decided to crack a whip against illegal gaddas, illegal structures and encroachments on the land acquired by the government for road construction.

As Salcete alone is believed to be playing host to around 50-60 gaddas and encroachments along the road sides with political patronage, the PWD move to evict the encroachers has left the politicos rattled, raising the moot question – will the PWD have its way in clearing the encroachments or will the officials surrender to arm twisting by the politicos to protect their vote bank?

Officials of the PWD, Roads Division-VI have started putting up notices on the illegal gaddas that have come up in the PWD acquired land after a survey by the department staff. PWD engineers from Mormugao taluka are believed to have conveyed to the head office that there are no illegal gaddas and encroachments in the government-acquired land. The list compiled by the PWD staff in Salcete, however, has so far revealed that around 50-60 gaddas have come up along the roadsides in the government-acquired property.

Notices issued by PWD Executive Engineer, Prasad Panandikar pointed out that the kiosks are being operated by the persons in government property belonging to the PWD without any authorisation from this office. The notices further stated that the kiosks and encroachments are causing not only hindrance to smooth parking and movement of vehicles but also illegally encroaching and occupying government land without any consent, authority or approval.

“Therefore, you are hereby directed to immediately remove the kiosk, and restore the land to its original condition within seven days failing which the office shall be forced to remove the illegal structure without any further notice and intimation,” the notice warned.

PWD officials said the gaddas and encroachments are located in Margao and Fatorda area of the city. Besides, illegal gaddas have come up in the property acquired for road construction at Mungul along the Margao-Colva road.

While the PWD has initiated the exercise as per a letter from the office of the PWD Chief Engineer, some of the politicians seemed to have resorted to arm twisting. A politician is believed to have threatened to take a PWD engineer to the Chief Minister if he does not stay away from the action. After the senior engineer refused to budge, the politician is now believed to have requested the engineer to keep the action on hold at least till the ensuing panchayat polls.

That’s not all. Another politician is believed to have questioned an engineer over notice issued to a kiosk issued by the Horticulture Corporation to sell vegetables. The engineer immediately replied back saying the vegetable kiosks should restrict their vegetable selling activity within the area earmarked by the Corporation, warning the axe will fall on the kiosks encroaching on the acquired land.

The PWD Engineer pointed out that the Horticulture Corporation outlets should restrict their activities within the area earmarked by the agency. “We have come across kiosks on the site, but the vendors have encroached upon government acquired land to store vegetables,” the official said.

The PWD is believed to have taken up the entire ring road, from Old Market to the Comba railway crossing to clear the illegal kiosks from the government property.