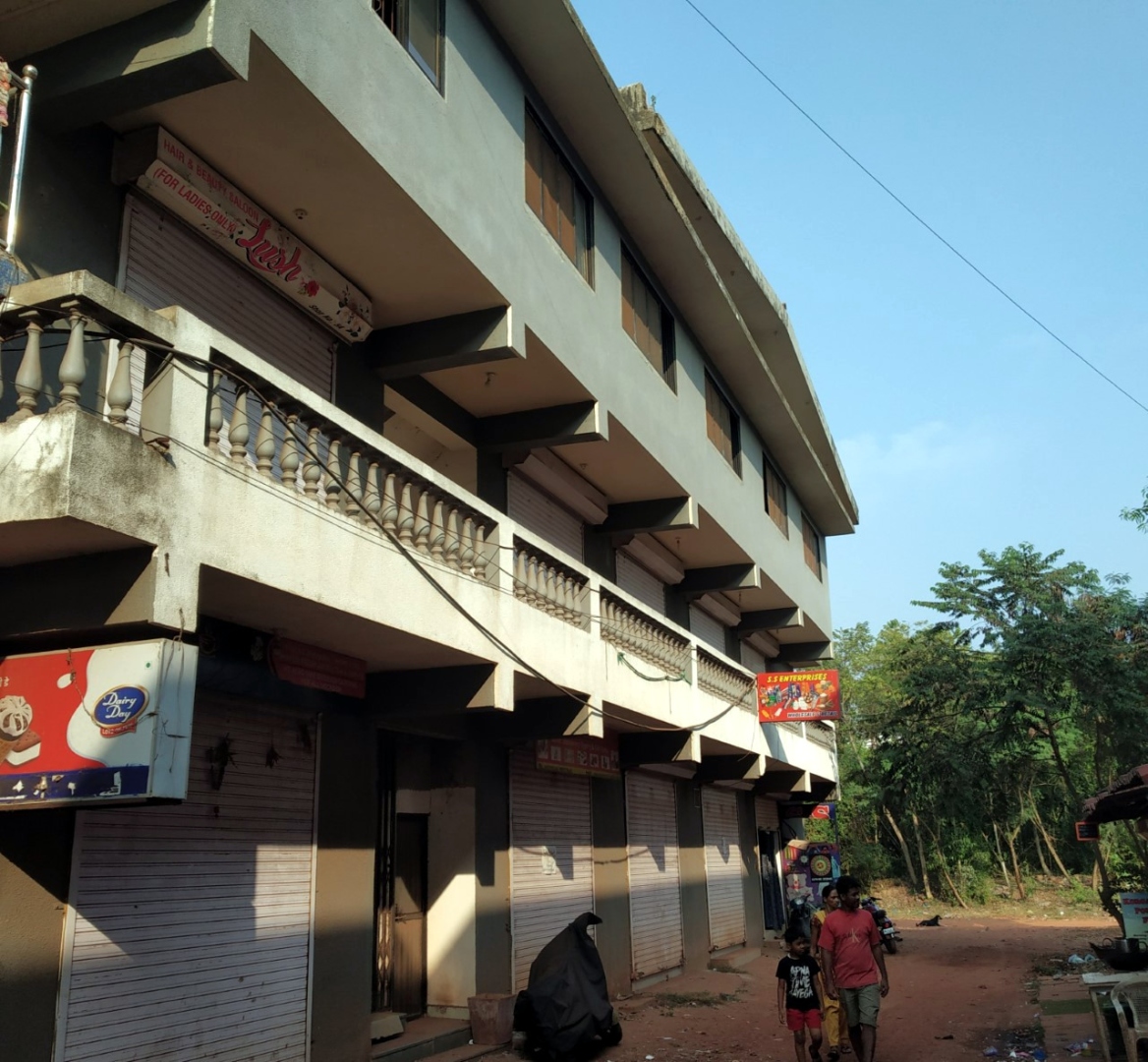 The Sword of Damocles is hanging on some members of former managing committee of Saligao Comunidade for allegedly conspiring to construct an illegal commercial project by encroaching on comunidade land and also defrauding the comunidade.

The new managing committee, which took the reins of the Saligao Comunidade in June last year, has washed its hands off from the controversial commercial project, stating that the project was a private initiative of the promoters/investors, which includes a former president and attorney of the comunidade.

Incidentally, the Deputy Director of Panchayat (Dy DoP) in September 2021 had said that no valid permission had been obtained to build the commercial project and ordered demolition of the huge ground plus two structure in the heart of Saligao village.

According to the new managing committee, the promoters of the project including a former president and attorney misused the name of Saligao Comunidade to collect funds and to get through the officialdom.

The managing committee has also said that an FIR will be filed before the police regarding financial fraud against those involved in opening, operating and withdrawing funds from an unlawful bank account and issuing receipts of Saligao comunidade for deposits in the account and for encroachment on comunidade land.

A detailed note prepared and signed by the comunidade’s President Desmond Da Costa, Attorney Ashley Delaney and Treasurer Eric Fernandes and sent to various government departments has said that there was no privity of contract or agreement of the Saligao Comunidade with the contracting firm/builder or with any buyer/investor/promoter in units of the building project.

The note mentions the names of a past president and attorney of the Saligao Communidade as the main promoters while select villagers of Saligao as co-promoters and investors in the project.

It also mentioned the name of a construction firm belonging to the late past president of the comunidade which took up the construction of the project – Mae De Deus commercial complex – in survey no 202/3.

The note further said that the promoters failed to take various statutory and necessary approvals from the Administrator of Comunidades (North), TCP department, Saligao Panchayat and Goa RERA.

It said the promoters unlawfully opened and began operating another bank account under the name of “Communidade of Saligao – Development Account” and started taking bookings and collecting monies for the project. Further, the account was never reported to the Administrator of Comunidades (North Zone) and the Income Tax authorities.

The managing committee said that a few promoters recently approached the comunidade with a proposal to amalgamate plots bearing survey nos 202/2 and 202/4 with survey no 202/3 in a bid to make an attempt to push for the regularisation of the alleged illegal commercial project.

However, the proposal was rejected in the general body meeting held on August 21 last year as survey no 202/2 houses the Comunidade Ghor building and survey no 202/4 is currently tenanted and hence cannot be amalgamated.

“It’s definitely a fraud, conspiracy and a scam. Unfortunately, some past officials of the comunidade got into building this structure,” said Desmond Da Costa, President.

Attorney Ashley Delaney informed that the financial loss caused by the promoters to Saligao Comunidade could possibly be in the range of Rs 5 to Rs 6 crore.

“We are pursuing legal remedies to recover all costs with interest and also expenses and legal costs that may be incurred in future with regard to the said project. What is important is to ensure the survival of the institution,” Delaney said.

The Goan in its report published on March 10, 2019 had reported how the alleged illegal commercial project was constructed in a tenanted field without obtaining necessary permissions and licences.

After a long drawn legal battle, the Deputy Director of Panchayat (Dy DoP) in September 2021 had ordered demolition of the huge ground plus two structure.

“Upon careful consideration of all the material on record, the court deems it appropriate that the construction has been erected without any valid lawful permission,” the then Deputy Director of Panchayat had observed in the order and directed the panchayat secretary to demolish the construction within three months and recover all the expenses from the Comunidade of Saligao and report compliance.

However, the then managing committee of Saligao comunidade had obtained a stay on the demolition order and the matter has been dragging in the court of Additional Director of Panchayat.