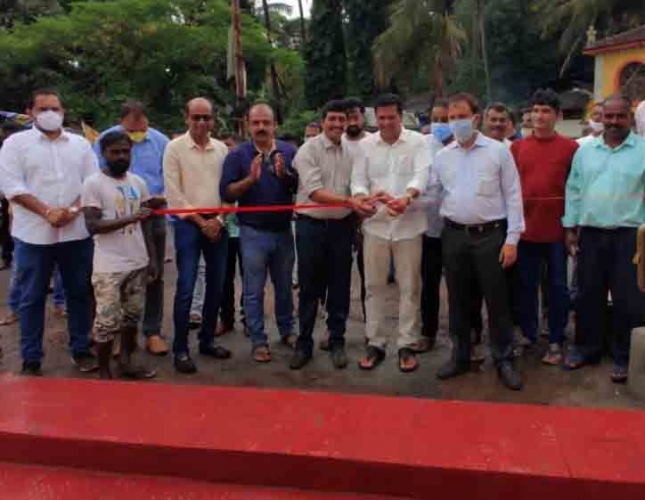 The residents in Pilerne, Nerul, Reismagos, Guirim , Sangolda and Saligao were facing lot of difficulties during immersion of Ganesh idols for want of suitable platforms .Hence on the request of the residents through RDA, Salgaonkar got 7 Ganesh Visarjan platforms built in the constituency namely 2 each at Pillerne and Nerul and one each at Guirim, Saligao and Reismagos.

Reismagos Zilla Parishad member Rupesh Naik stated that the development of the village goes faster with the support and cooperation of the villagers.

"The villagers should be active and they should  propose the developments required to be carried out in the village so that the Panchayat can take the necessary resolution and forward it the government and the MLA," said Naik.

The President of Shetkari Sanghtana  Suvarnasinh  Rane thanked MLA Jayesh Salgaonkar for repairing the threes sluice gates and fulfilling the long pending demand of the farmers .