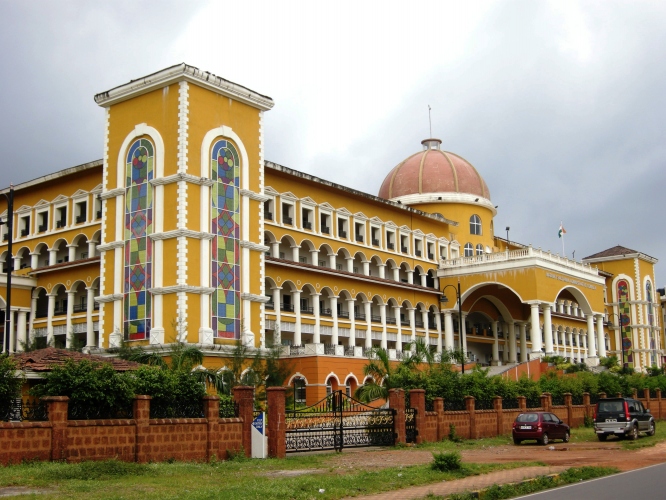 MARGAO
Exactly a month ago, June 21 to be precise, the Goa government had directed all courts, including the quasi-judicial courts and the Courts of Mamlatdar and Jt Mamlatdars to start functioning  following a decline in Covid cases in the State.

Welcome to the South Goa district Collectorate, which plays host to as many as seven quasi-judicial courts headed by the Jt Mamlatdars. Since June 21, these quasi-Judicial courts have resumed functioning, but the adjournments are literally the order of the day.

Take note, the adjournments have nothing to do with the Covid pandemic or issues concerning social distancing norms. And, do not be surprised if the cases are adjourned with a remark that the presiding officer is busy in another Court.

In fact, while these quasi-Judicial courts have opened up, their functioning has been hit for want of adequate number of Presiding Officers (Jt Mamlatdars) to take up the hearings.

In fact, cases relating to Tenancy, Mundcarial, Mutations, besides cases under section 133 of the CrPC and under the Mamlatdar Court Act are more often than not adjourned for want of Jt Mamlatdars - the Presiding officers.

Record shows that Salcete Mamlatdar’s office has as many as seven Jt Mamlatdars, in addition to the Mamlatdar. Each of these Jt Mamlatdars have been entrusted with revenue cases, ranging from Mundcarial to tenancy, mutations etc.

Sources say one of the Jt Mamlatdars is holding charge of two other posts of Jt Mamlatdars, in addition to his duties, indicating that this particular Mamlatdar is presiding over three quasi-judicial courts at one time. The remaining two Jt Mamlatdars, sources said, preside over the remaining four courts.

In fact, adjournments are literally the order of the day at these quasi-judicial courts, and the reason is not far too seek. Since the quasi-judicial matters are heard in the morning and afternoon sessions almost every day, a presiding officer is expected to preside over the hearings only in one Court, leaving the staff with no option than to adjourn matters coming up for hearing for want of the Presiding officer.

“We are helpless. If cases are getting adjourned frequently for want of Presiding Officers, we cannot do anything. We have to only wait for the government to fill up the vacancies so that the quasi-judicial Jt Mamlatdar courts resume functioning”, remarked a revenue officer.

Remarked another official: “When the government insists on clearing the backlog of cases in respect of Tenancy, Mundkarial, mutation et al by the Mamlatdar’s and Jt Mamlatdars, the revenue officials should first ensure the posts are filled up and each of the courts are appointed with an Independent Presiding Officer to help expedite the cases”.

The government had on June 21 issued directions to the quasi-judicial authorities, including revenue courts, industrial court, administrative tribunal etc, besides quasi-judicial Courts, Mamlatdars and Jt Mamlatdars to start functioning as usual in the wake of the decline in Covid positive cases.

Knock-knock on govt door for
filling up existing vacancies

MARGAO: As the posts of four Joint Mamlatdars are lying vacant in Salcete taluka, anxious South Goa district officials have knocked the government doors to fill up the vacancies, but for a different reason.

With Assembly elections round the corner, district officials in private pointed out that the four vacant post of Jt Mamlatdars needs to be filled up on utmost priority. For, the Jt Mamlatdars are supposed to perform the role of Assistant Electoral Returning Officers (AEROs) directly under the Election panel in each of the Assembly constituencies. With Salcete accounting for eight Assembly constituencies, an official said all the vacant posts of Jt Mamlatdars are required to be filled up on priority in view of the ensuing election.

“We have moved a detailed proposal to the government around a fortnight ago to fill up the vacant posts of Jt Mamlatdars. Information suggests that the post of Jt Mamlatdars have been lying vacant for want of promotions and recruitment of candidates”, informed the senior official, saying the government is expected to address the issue in the near future.