Considered strong contenders, questions are raised whom they would support if elected to Legislative Assembly 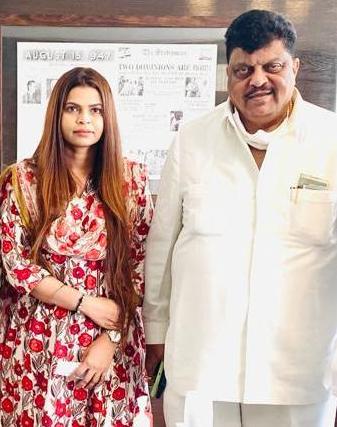 ﻿MARGAO
As the counting date draws close and the spectre of a hung Assembly looms large, these five Saxtti candidates, contesting on different labels have become the talking point in political discourse.

Indeed, Trinamool Congress candidates, the father-daughter duo of Churchill and Valanka Alemao, Nationalist Congress Party (NCP) candidate Filipe Nery Rodrigues and Independents Wilfred D’Sa and Reginaldo Lourenco are in the cynosure of all eyes with just 10 days to go for the counting of votes.

The reason is not far to seek. With reports indicating that these five have emerged as strong contenders in constituencies considered as Congress strongholds, questions are being raised in political circles how they would go about in the event they make it to the Legislative Assembly.

Take note Filipe Nery and Wilfred D’Sa and Reginaldo Lourenco were all part of the Congress before the first two quit the party to embrace the BJP. Reginaldo, on the other hand, had quit the Congress on the eve of the Assembly election to join the TMC, before quitting the Mamata Didi-led party to contest as an Independent.

How would the trio, and not to mention the father-daughter duo of Churchill and Valanka act if they win the election. Will they take the decision to support the BJP-led government or extend support to the Congress to form the new government?

These questions and other questions have come to the fore as it is widely perceived that the Assembly election may throw up a hung Assembly, and the role of the Independents and smaller parties may gain prominence if the BJP and Congress fail to get a simple majority.

The former Minister in the BJP-led government had defected from the Congress in 2019 to join the ruling party. Aware that his candidature may not be acceptable to his constituents on the BJP symbol in a pre-dominantly Catholic constituency, Filipe Nery threw his hat in the 2022 election on the Nationalist Congress Party (NCP) banner.

Filipe Nery has a history of supporting the BJP since 2022, before he quit the party to join the Congress. The former Minister, sources said, also share a close rapport with Opposition leader Digambar Kamat. In fact, Filipe Nery was the State’s Forest Minister in the government headed by Kamat between 2007-12. The question that remains unanswered is whether Filipe Nery would support the BJP in the event of his victory or back the Congress if Kamat is made the Chief Ministerial candidate?

The first-time Nuvem MLA had defected to the BJP before quitting the party to contest the 2022 election as an Independent candidate. Like his Velim counterpart Filipe Nery, Wilfred too knew that getting elected on the BJP banner was next to impossible in a Catholic-dominated constituency. The Independent candidate is in the news how he would go about in the event of his reelection – whether he would back the Congress to form the government or support the BJP to retain power. Many say that Wilfred enjoyed close ties with Kamat when he was in the Congress party. Wilfred, however, is keeping all cards close to his chest, apparently waiting for the declaration of the results before taking a decision.

Unlike Filipe Nery and Wilfred D’Sa, Reginaldo was not part of the BJP, but quit the Congress on the eve of the February 14 polls. The former three-time MLA has stressed on one point that he would take a decision in the interest of his constituents in the event of his victory. Sources said both the BJP and Congress-Goa Forward alliance has sent feelers to Reginaldo seeking his support if he registers his fourth consecutive victory. Political observers say Reginaldo may insist on his choice of Chief Minister if the Congress cobble up the required numbers to form the government.

As the father-daughter duo has emerged as strong contenders for the Benaulim and Navelim seats on the Trinamool Congress party banner, one question that has been doing the rounds in Saxtti political circles is how the duo will go about in the formation of the new government. Pose this question to Churchill and he replies back saying he and daughter will extend their support to form a secular government. He further says the TMC leadership will take a call on the post-election, more so if the party bags a couple of seats in the Assembly election. Sources say the TMC leadership may not be averse in supporting the Congress to return to power, but may insist on a say in the government formation, including the choice of the Chief Minister.